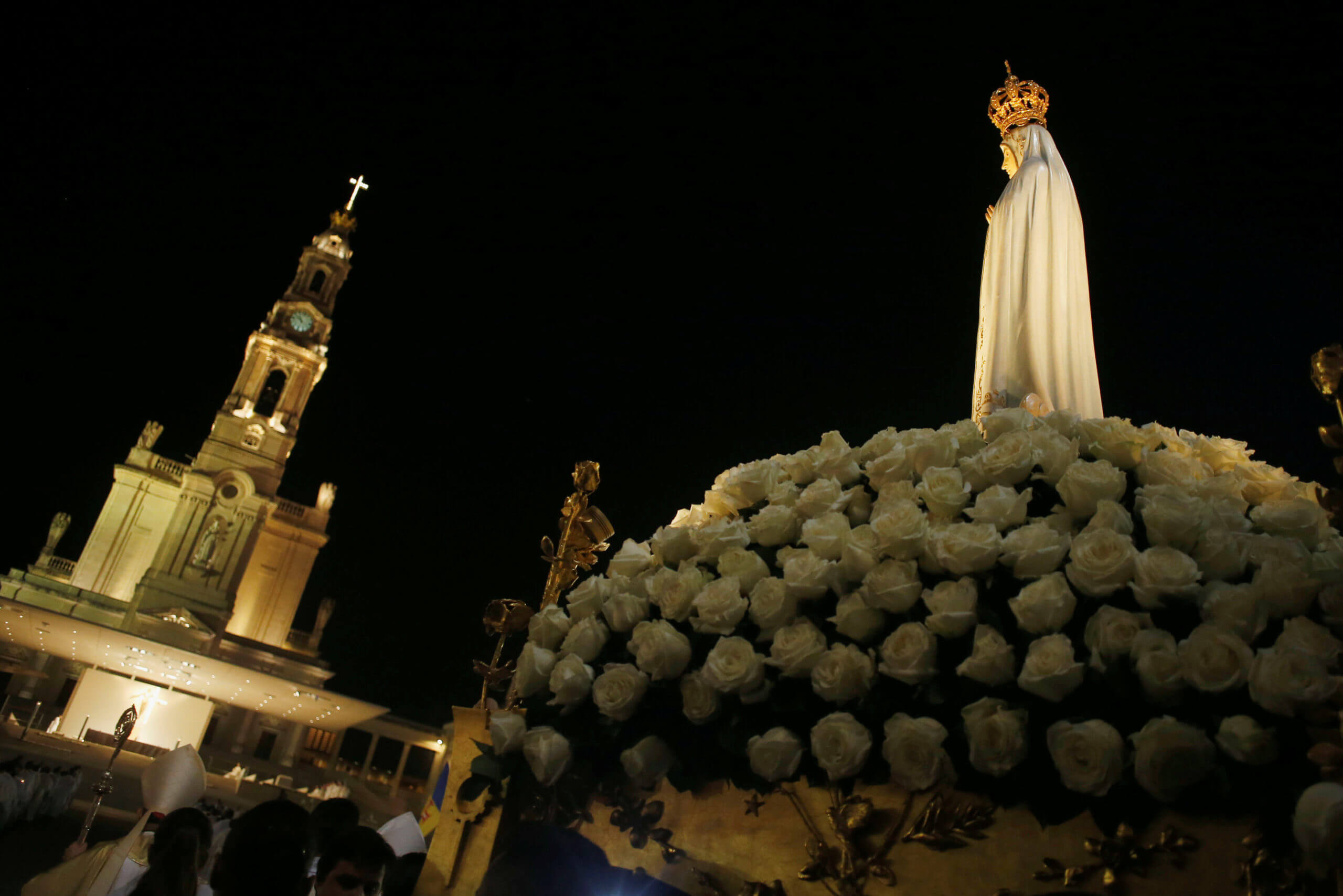 Photo Credit: CNS/Pedro Nunes, Reuters - A statue of Mary is seen at the Marian shrine of Fatima in central Portugal in a 2019 file photo. During the COVID-19 pandemic, the shrine offers a livestream of the chapel and live daily broadcasts of praying the rosary and Mass.

Despite ongoing and unpredictable travel restrictions, there are still a number of important sites, shrines and sanctuaries people can “visit” online in Europe and the Middle East.

In fact, the Shrine of Our Lady of Lourdes in France will be holding a worldwide online pilgrimage July 16 — the anniversary of the last apparition of the Virgin Mary.

Everyone is invited to join the online initiative, which will be livestreamed for 15 hours in 10 languages from the Grotto of Lourdes at lourdes-france.org/en/lourdes-united.

For more than 160 years, the sanctuary has been an essential place for millions of people who visit each year, seeking hope, healing, fraternity and deepened faith, the event’s promoters said in a news release June 30.

And the “Lourdes United e-pilgrimage will bring together all those who, in the four corners of the world, see Lourdes as a beacon of faith, commitment, sharing and hope,” it added.

Navigating the top of the homepage at www.lourdes-france.org/en/, visitors can also find ways to request a Mass, light a candle and place a prayer petition in the grotto.

Here are several other places important to Catholics that are offering some kind of virtual visit or livestreaming service. Many of these online sites are also appealing for donations since lockdowns and restrictions have seriously reduced a major source of income from pilgrimages and tourism.

— The Franciscan Custody of the Holy Land oversees 55 sanctuaries in Israel, the Palestinian territories and Jordan. Visitors at custodia.org/en/sanctuaries can get a more in-depth look at these sacred places, especially the Church of the Nativity in Bethlehem and the Church of the Holy Sepulcher, revered as the site of Jesus’s tomb, in Jerusalem.

— The Shrine of Our Lady of Fatima in Portugal offers a livestream of the chapel and live daily broadcasts of praying the rosary and Mass at fatima.pt/en/pages/online-transmissions. The same link also provides a gallery of pictures, videos and “sounds,” including an audio library of Marian hymns.

— Though only in Italian, the Holy House of Loreto near the Adriatic Sea in Italy posts videos of their daily Masses and the recitation of the rosary on their YouTube channel “Santa Casa Loreto” at youtube.com/channel/UCT9uLSAfEfqgXbArvYyHzQg.

Their main website at santuarioloreto.it/, also only in Italian, has links for sending prayer intentions and for seeing photos and videos of the sanctuary, which tradition holds is where Mary was born and raised and where the Holy Family was thought to have lived when Jesus was a boy. The one-room Holy House also is held to be the place where Mary received the angel’s annunciation and conceived the Son of God through the Holy Spirit.

— The website of the Basilica of St. Francis of Assisi offers a huge list of online opportunities, all in Italian, but still visually enriching, like a livestream of the tomb of St. Francis with an option of sending a prayer petition at www.sanfrancescopatronoditalia.it/web-cam-cripta-di-san-francesco-assisi and a livestream of daily Mass in the basilica at sanfrancescopatronoditalia.it/messa-diretta-streaming-oggi.

— While a special online exposition of the Shroud of Turin was held April 11 for prayer and contemplation during the coronavirus epidemic, the recorded event, with commentary in English, can still be found online at youtube.com/watch?v=P7BmsSE_4Wk.