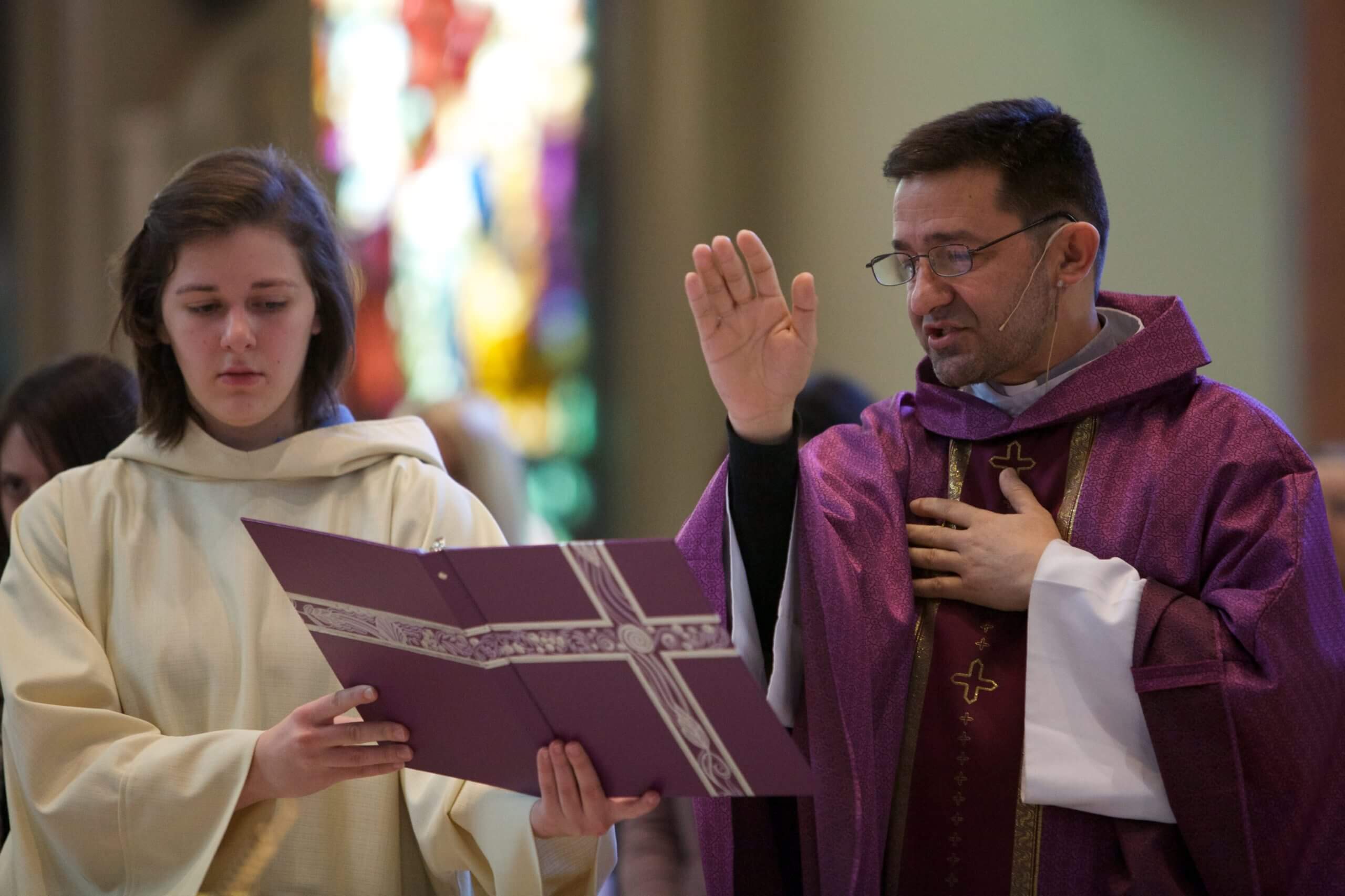 Photo Credit: CNS/Jeff Carrion, courtesy DePaul University - Vincentian Father Guillermo Campuzano, seen celebrating Mass, chaired the Working Group to End Homelessness at the United Nations. He and representatives of other Catholic groups at the U.N. have advocated to raise the profile of the needs of homeless people worldwide.

After nearly 75 years, the United Nations has taken a significant step to address global homelessness.

The U.N. Commission for Social Development, at its annual meeting in February, adopted a resolution that calls for world governments to begin to address the housing needs of an estimated 100 million-plus people worldwide who have no home at all.

It was the first resolution specifically addressing homelessness adopted by any body of the U.N. since it was founded in 1945.

The resolution is an important first step toward the goal of reducing global homelessness by 50 percent by 2030, said Vincentian Father Guillermo Campuzano, who chaired the Working Group to End Homelessness, which included representatives of Catholic religious congregations, other faith-based groups and nongovernmental organizations.

He told Catholic News Service March 9 that the resolution will be submitted to the U.N. Economic Social Council for a vote and is expected to go to the General Assembly for approval.

Throughout the commission’s 10-day meeting, which ended Feb. 19, sessions looked at homelessness and its causes, including poverty, social upheaval, war and violence, natural disasters and climate change.

The resolution states that “the dignity of the human person is fundamental” while describing homelessness as a violation of human dignity and “an obstacle to the fulfillment of all human rights.”

Lydia Stazen, executive director of the Institute of Global Homelessness at Vincentian-run DePaul University in Chicago, also was involved in the effort and attended commission sessions.

She said the resolution can shape future U.N. priorities, especially as they relate to the Sustainable Development Goals the world body is addressing through 2030.

Homelessness is “an invisible issue, but one that we believe is really important to address if the other development goals are to be accomplished,” Stazen told CNS.

“We would like to see the U.N. take a leadership role on this issue the way they do around the other SDGs,” Stazen added, meaning the Sustainable Development Goals.

The Institute of Global Homelessness is most concerned for people living on streets, in parks, under bridges or in buildings unfit for habitation as well as people living in temporary accommodations and shelters.

Its best-known effort, an initiative called A Place to Call Home, has been established in 13 cities worldwide, including Chicago and Little Rock, Arkansas. Other cities are in Australia, Belgium, Canada, Chile, Croatia, England, India, Scotland, South Africa and Uruguay.

The project works with local experts to assess homelessness and then recommend strategies for community leaders to implement while tracking progress toward the reduction and eventual elimination of street homelessness.

Father Campuzano, who left his four-year U.N. assignment after the commission meeting and now is vice president for mission and ministry at DePaul University, said having a resolution in place will allow governments and NGOs worldwide to begin to measure how many people are homeless. With that information, local programs can be developed to meet the needs of individual communities, he said.

The resolution stressed that homelessless is more than a lack of physical housing and is related to poverty, inadequate employment, little or no access to social services and indifference from the wider community.

It also emphasized the importance of developing family-oriented policies while explaining the connection between the breakdown of the family and homelessness.

Father Campuzano said the advocacy by the working group helped commission members understand that homelessness touches on every aspect of the SDGs the U.N. is addressing.

Stazen agreed, explaining that the time to act is long overdue.

“We want the idea that homelessness to be seen as solvable,” she said. “We do know what causes homelessness and what the solutions are. It’s really about building political will to get those right solutions in place.