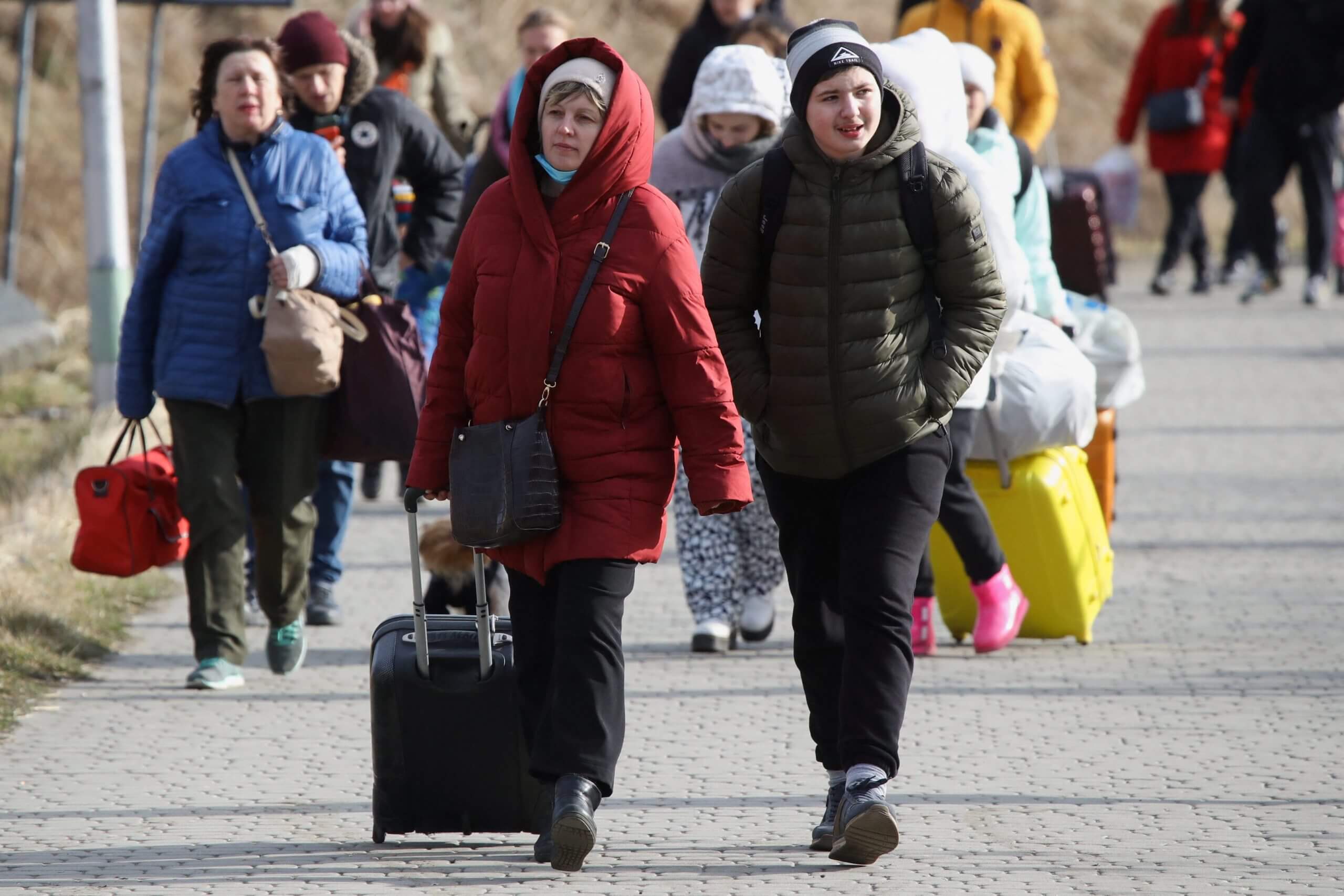 “You were the first to support Ukraine, opening your borders, your hearts and the doors of your homes to Ukrainians fleeing the war,” the pope told Polish pilgrims during his general audience March 2.

“You are generously offering them everything they need to live in dignity, despite the current tragic situation. I am deeply grateful to you, and I bless you!” he said.

Departing from his prepared remarks, the pope noted that the Polish translator at the audience, Franciscan Father Marek Viktor Gongalo, is from Ukraine and that “his parents are at this moment in an underground refuge to protect themselves from the bombs in a place near Kyiv.”

“Accompanying him,” the pope said, “we accompany all the people who are suffering from the bombings, his elderly parents and so many other elderly people who are underground to protect themselves.”

“Let us carry in our hearts the memory of this people,” the pope said as those present at the audience applauded.

According to the U.N. Refugee Agency, as of March 1, 453,982 Ukrainians have entered Poland.

Among the charitable organizations helping to welcome refugees is Caritas Poland, which continues to aid refugees entering the country.

Polish Father Pawel Konieczny, deputy director of Caritas in the Archdiocese of Przemysl, said in a statement published March 1 that Caritas has mobilized volunteers at the border, providing food, shelter and legal assistance.

Caritas has also placed volunteers at the train station in Przemysl to assist Ukrainians fleeing violence in their homeland.

“These people are protected, they also receive a warm meal, dry provisions, hygienic and cosmetic products,” Father Konieczny said. “We also organize support for mothers including care for their children and various activities so that the women can rest for a while.”

Katharine Drexel was born in Philadelphia in 1858, the daughter of a wealthy international banker. [...]