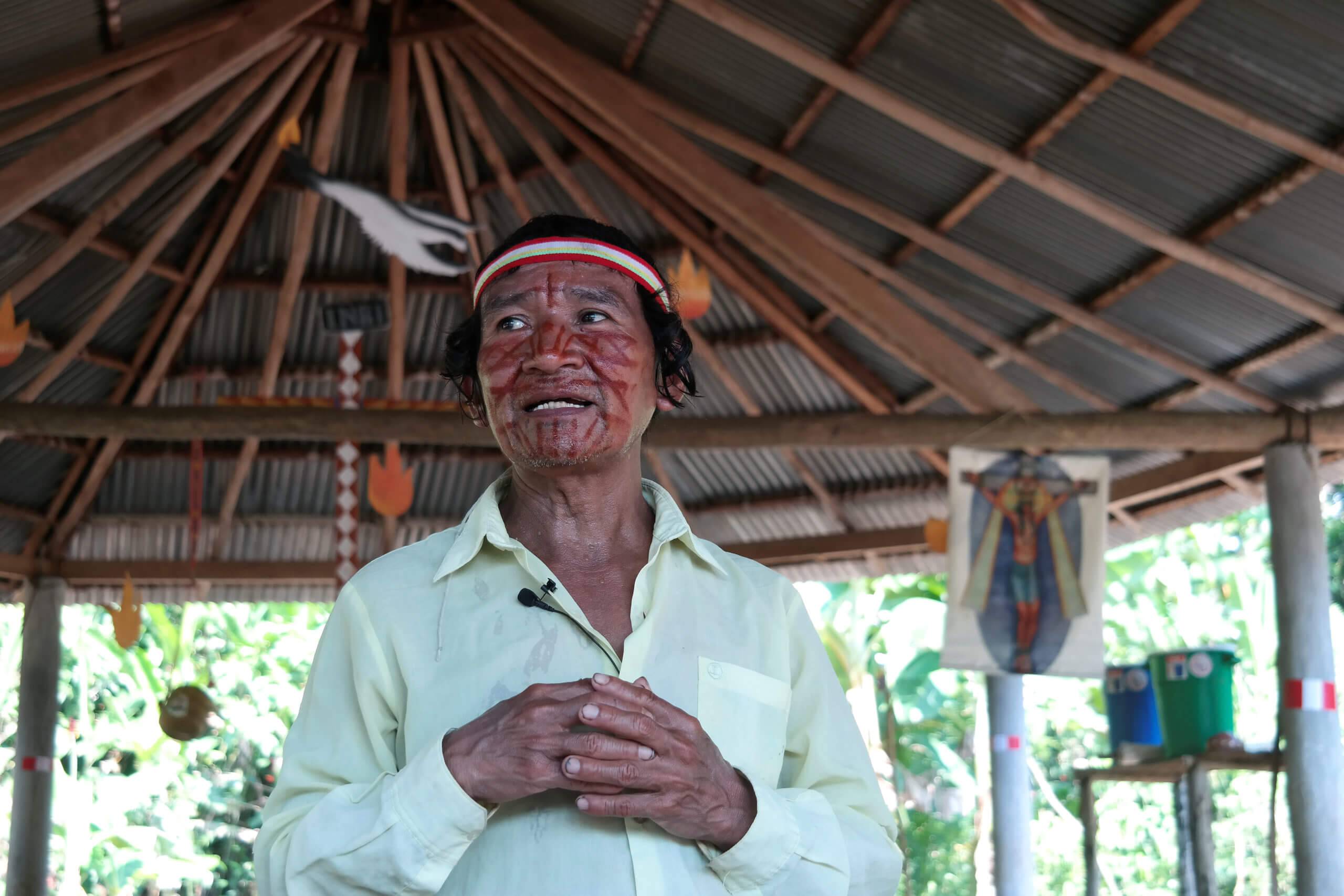 Photo Credit: CNS/Maria Cervantes, Reuters - Deacon Shainkiam Yampik Wananch prays in a chapel in Wijint, a village in the Peruvian Amazon, Aug. 20, 2019. In Pope Francis' postsynodal apostolic exhortation, "Querida Amazonia," released Feb. 12, the pontiff acknowledged the serious shortage of priests in remote areas of the Amazon, but he insisted not all avenues have been exhausted to address the issue.

Pope Francis acknowledged the serious shortage of priests in remote areas of the Amazon, but he insisted not all avenues have been exhausted to address the issue.

In his apostolic exhortation, “Querida Amazonia” (“Beloved Amazonia”), which was released by the Vatican Feb. 12, the pope said that confronting the priest shortage simply by “facilitating a greater presence of ordained ministers who can celebrate the Eucharist” would be “a very narrow aim.”

The members of the Synod of Bishops for the Amazon in October asked Pope Francis to open the way for the priestly ordination of married permanent deacons so that Catholics in the region could go to Mass and receive the sacraments regularly.

In response, Pope Francis wrote in his new document that the priest shortage must be seen as an opportunity for the Catholic Church to “awaken new life in communities.”

“We need to promote an encounter with God’s word and growth in holiness through various kinds of lay service that call for a process of education — biblical, doctrinal, spiritual and practical — and a variety of programs of ongoing formation,” he said.

In an interview with Vatican News Feb. 12, Cardinal Michael Czerny, who served as secretary of the synod in October, said Pope Francis believes that “the question is not one of numbers and that a greater presence of priests is not the only requirement.”

“What is needed is a presence of laypeople at the local level who are animated by a missionary spirit and capable of representing the authentic face of the Amazonian Church. This, he seems to indicate, is the only way that vocations will return,” he said.

Cardinal Czerny told journalists that while there is no mention in the pope’s document of ordaining married men to the priesthood or to women deacons, the pope “has not resolved them in any way beyond what he has said in the exhortation.”

The synod is a journey “with long roads ahead as well as roads already traveled,” Cardinal Czerny said Feb. 12 during a briefing at the Vatican press office. “So, if there are questions that you feel are open or that the church feels are open, thanks to the exhortation they will continue to be debated, discussed, discerned, prayed over and when mature presented to the appropriate authority for decision.”

Pope Francis urged bishops, especially in Latin America, to encourage those who wish to be missionaries “to opt for the Amazon region.”

Much like in past exhortations, the pope drove the point home in the footnotes.

“It is noteworthy that, in some countries of the Amazon Basin, more missionaries go to Europe or the United States than remain to assist their own vicariates in the Amazon region,” he said.

While the shortage of vocations is an issue felt throughout the church, even the severe shortages in places like the United States pale in comparison to their Amazonian counterparts.

The Diocese of Fort Worth, Texas, for example, has an estimated 900,000 Catholics and a total of 103 priests, which is an average of one priest for every 8,737 people. It has one of the lowest priest-to-Catholics ratios in the United States.

In comparison, the Diocese of Caxias do Maranhao, Brazil, has only 25 priests for a population of 825,000 Catholics, an average of one priest for every 33,000 people.

And remote villages, such as the Kichwa indigenous community in the Ecuadorian Amazonian region, are difficult areas for priests to visit since they are accessible only by small plane or canoe.

In his exhortation, the pope said that priests are essential for the full life of Catholic communities since they are the only ones who can consecrate the Eucharist and grant absolution in the sacrament of reconciliation.

“If we are truly convinced that this is the case, then every effort should be made to ensure that the Amazonian peoples do not lack this food of new life and the sacrament of forgiveness,” the pope said.

Nonetheless, Pope Francis also called for a renewal “of both initial and ongoing priestly formation” before considering other suggestions.

While priests are necessary, religious women, lay people and permanent deacons — “of whom there should be many more in the Amazon region” — could perform other functions necessary for Catholic life “with the aid of suitable accompaniment,” he said.