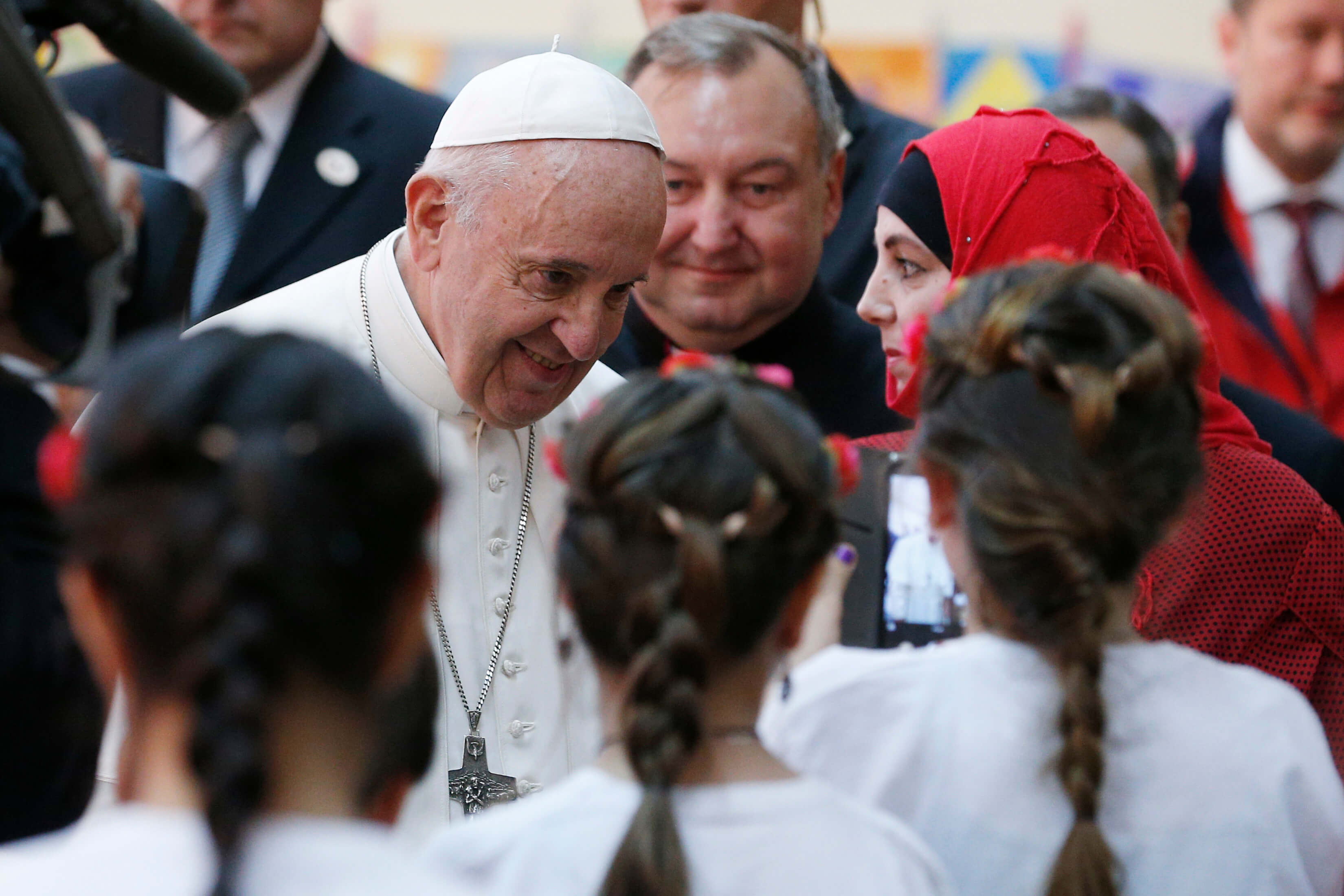 Twelve boys and girls wearing white T-shirts and dark pants sang for Pope Francis at a refugee center on the outskirts of Sofia.

Their songs were cheerful, and the drawings they gave the pope were chock full of smiles and hearts, but their parents’ letters to Pope Francis contained appeals for help. Ismael Taha Saber, a 42-year-old father of six from Mosul, Iraq, was one of those who wrote to the pope for help finding a permanent home elsewhere after being in Bulgaria for three years.

In their hair, the little girls wore red roses, a flower for which Bulgaria is famous. But none of the 50 refugees the pope met May 6 had intended to make Bulgaria their permanent home.

And some Bulgarians don’t want them in the country either.

The country, one of the poorest in the European Union by any measure, was literally overwhelmed with refugees and migrants from Syria, Iraq and other countries in 2015-16 when there was a crackdown on the Mediterranean Sea route to Western Europe.

After the children sang for Pope Francis at the Vrazhdebna refugee center, the pope thanked them and told the parents that their children “carry joy in your journey, a journey that can bring suffering, the suffering of leaving a country and trying to integrate in another.”

“Today the world of migrants and refugees is a kind of cross, the cross of humanity. It’s a cross many people are suffering,” the pope told them.

The Council of Europe said there were 154,000 migrants in Bulgaria at the end of 2017 — about 2.2 percent of the population, which is declining because of the number of Bulgarians moving abroad in search of work.

Political tension over the presence of migrants and refugees led the Bulgarian government to refuse in December to sign the U.N. Global Compact for Safe, Orderly and Regular Migration, a nonbinding cooperation agreement strongly supported by Pope Francis.

According to Caritas Sofia, the archdiocesan Catholic charity, some 2,500 people sought asylum in Bulgaria in 2018, almost half of them in the last three months of the year, indicating a new wave of migration.

Caritas Sofia, with assistance from the U.S. Catholic Relief Services and UNICEF, runs language and art classes for the children and their parents. They also operate St. Anna Integration Center, which includes an employment service and provides assistance so families can access health care, documents and schooling for their children.

Silsila Mahbub, a Caritas volunteer, told the pope, “All of us men and women are children of God, independently of race or religious confession. We Catholics want them to experience, in a concrete way, the love of God.”