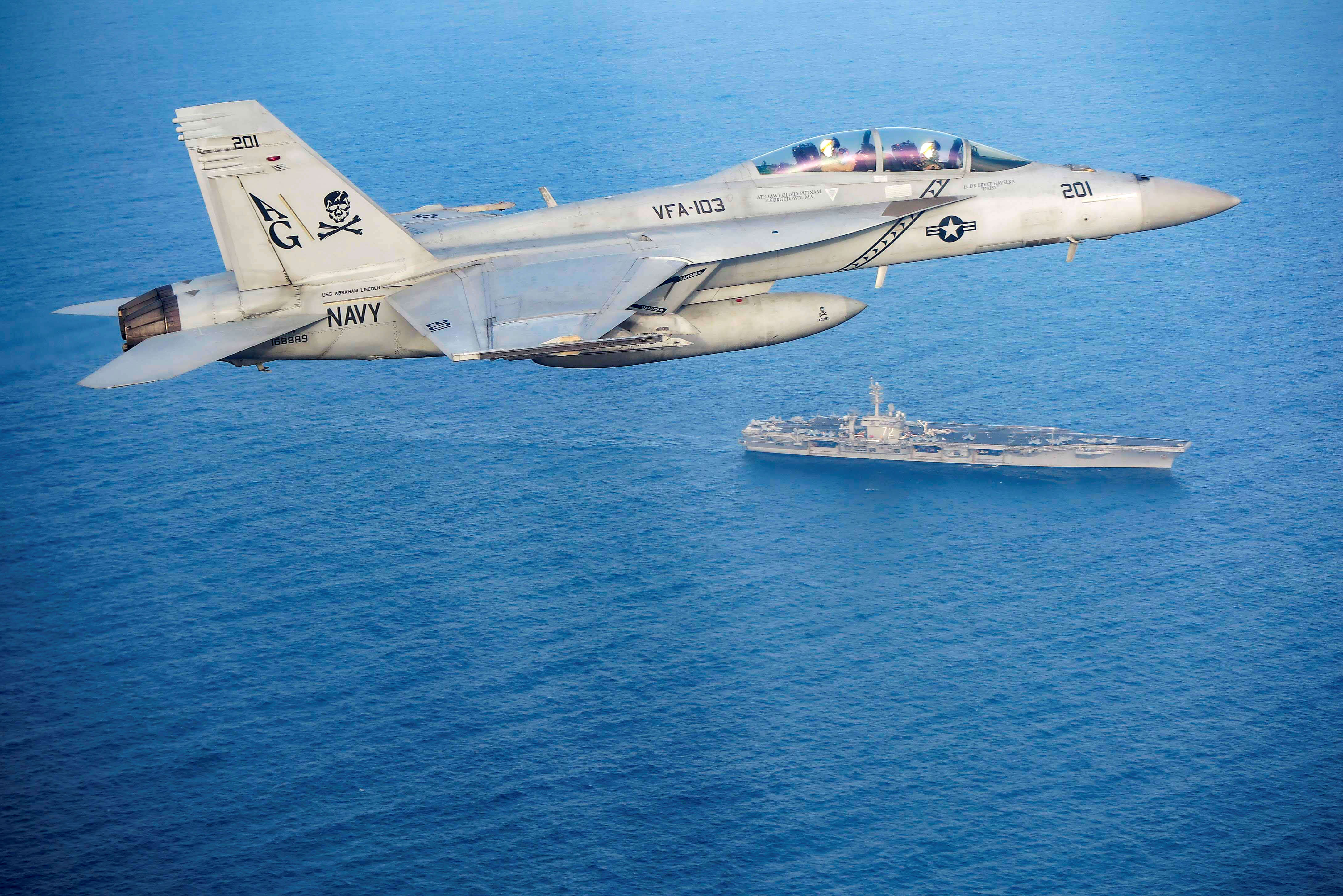 Steps to open avenues for people-to-people diplomacy would go a long way to tamp down tensions between the United States and Iran, said a U.N. representative of Pax Christi International.

“We need to expose a more humane face to people who know America only through our military and through the Pentagon and the State Department … there are other Americans who respond in very different ways,” Douglas Hostetter, Pax Christi International advocacy representative at the U.N., told Catholic News Service May 20.

Hostetter, a Mennonite, said he feared an outbreak of violence as the U.S. deployed an aircraft carrier strike force in the Persian Gulf.

He called for President Donald Trump and Iranian leaders to ease their threats and pursue ways to exchange medical professionals, educators, historians and even religious leaders who could return to their respective homelands to share what they have seen and learned.

“That’s where I think people-to-people kinds of things are important. It’s also important that we combat the demonization of Iran that is taking place,” said Hostetter, who visited Iran in 2007 while working with the Mennonite Central Committee.

“Iran is feeling really, really isolated. They feel the whole world hates them or has betrayed them. They feel the U.S. hates them, and the rest of the world has been cowed by American banks and American threats, and they fear reaching out,” he added.

Tensions between the two countries have risen for nearly a year since the U.S. pulled out of the 2015 nuclear agreement that called for Iran to end its uranium enrichment work, a process necessary to develop nuclear weapons, in exchange for an easing of economic sanctions that had created critical shortages of meat, medicine and some staples.

The move upset U.S. allies, including France and Germany, which remained committed to the agreement, known as the Joint Comprehensive Plan of Action, or JCPOA.

Then on May 5, John Bolton, national security adviser, announced that an aircraft carrier strike group was dispatched from the Mediterranean Sea to the Persian Gulf and Arabian Sea in response to “escalatory indications and warnings from Iran.” Bolton did not elaborate on what prompted the sudden deployment.

That was followed by the revelation May 13 that the administration was reviewing a war plan under which 120,000 U.S. combat troops could be deployed against Iran. Two days later, Secretary of State Mike Pompeo, citing unspecified threats, ordered the evacuation of nonessential personnel from the U.S. Embassy in Baghdad and a consulate in Irbil in the north, an area control by the Kurds.

Tensions between Saudi Arabia and Iran also have spiked. The Saudi government said that four oil tankers experienced a “sabotage attack” May 12 off the United Arab Emirates near the Strait of Hormuz, a major passageway for Middle East petroleum.

No one has claimed credit for the attack. An investigation continues.

Diplomatic relations between the U.S. and Iran have been strained repeatedly for decades. The current conflicts are largely rooted in the U.S.-backed 1953 coup that helped depose democratically elected Prime Minister Mohammed Mosaddegh and returned Shah Mohammad Reza Pahlavi to power. The U.S. at the time was concerned that Iran was turning to communism after Mosaddegh nationalized the oil industry, which Great Britain wanted to control.

Iranian anger over Western intervention lingered for 26 years and helped fuel the 1979 revolution that also saw the seizure of the U.S. Embassy in Tehran. U.S. diplomatic staff were held captive for 444 days.

Pax Christi International was among numerous faith-based organizations to express dismay with the U.S. pull out of Iran nuclear agreement. In a June 2018 statement titled “A Tragedy of Monumental Proportions,” hundreds of Catholic peace groups, religious congregations and individuals were joined by numerous other organizations in expressing fear that the U.S. action would lead to increased tension throughout the Middle East.

This May, faith-based organizations called on the White House to pursue diplomacy with Iran rather than violent conflict. The National Council of Churches in the U.S. called the Trump administration’s provocative language on Iran in recent weeks “deeply worrisome” and urged the president to seek negotiations “marked by good faith, in order to avoid war.”

Some members of the U.S. Congress stepped in to head off possible violence. Legislation has been introduced in the House of Representatives and the Senate to prohibit the use of funds for military operations in or against Iran without prior authorization from Congress.

The Presbyterian Church USA is among several faith communities inviting people to call Congress to support the measures.