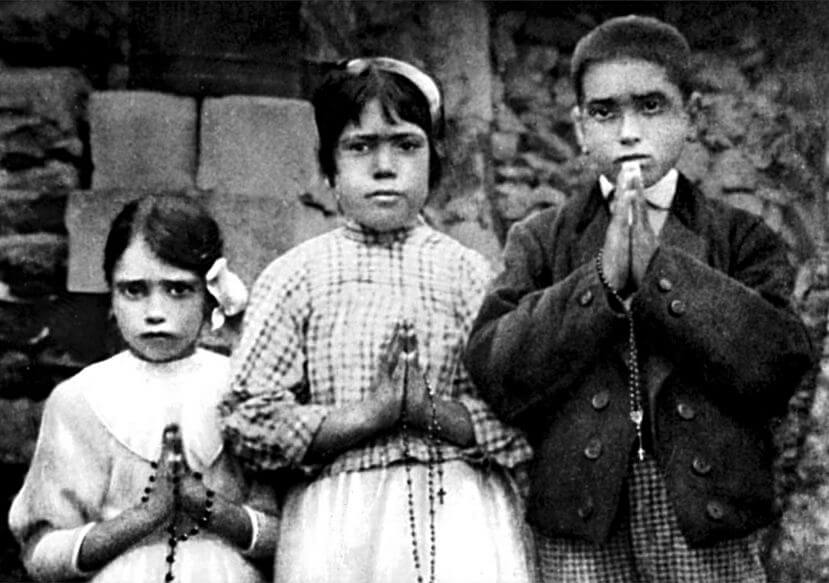 “Miracle of the Sun”

Vermont Catholic
World
0 Comments
(EWTN) – Friday, Oct. 13, marks the 100th anniversary of the capstone of the Fatima apparitions: the Miracle of the Sun, where the sun appeared to hurtle towards the earth. Even the secular newspapers of the time reported on the phenomenon – although they never would have credited it to Our Lady of Fatima.

Another way to celebrate the anniversary is to tune in to EWTN’s many Fatima specials. For a complete listing of dozens of Fatima-related movies, documentaries, and news shows, please go to ewtn.com/fatima/programming.asp. Some of these programs will be streamed live on Facebook, facebook.com/ewtnonline, so be sure to “like” our page to watch.

Among the devotional highlights will be:

Holy Mass in Honor of Our Lady of Fatima: From the Shrine in Portugal. Airs 5 a.m. ET and noon ET, Friday, Oct. 13.

Worldwide Children’s Holy Hour, Candlelight Procession, and Consecration of the United States of America: Live from the Basilica of the National Shrine of the Immaculate Conception. Airs 7 p.m. ET, Friday, Oct. 13.

Among the special movies, documentaries and news shows will be:

Vaticano: Examine the event that shaped history; explore the city of Fatima, relive the canonization of Jacinta and Francisco Marto, and much more. Airs 11 p.m. ET, Thursday, Oct. 12.

Fatima and the Popes: An historical look at the connection between the Fatima apparitions and the Popes. Airs 10:30 a.m. ET, Friday, Oct. 13.

Fatima – A Message of Hope: A documentary examining the prophetic revelations and the great miracle of Fatima, with insights from leading experts and family members of the three shepherd children. Airs 5 p.m. ET, Friday, Oct. 13.
Queen of Heaven: The Consecration – My Immaculate Heart will Triumph: A look at how Our Lady of Fatima’s prophecies about World War II and the rise of the Soviet Union came to pass. Airs 6:30 p.m. ET, Friday, Oct. 13.

EWTN Global Catholic Network, in its 36th year, is the largest religious media network in the world. EWTN’s 11 TV channels are broadcast in multiple languages 24 hours a day, seven days a week to over 268 million television households in more than 145 countries and territories. EWTN platforms also include radio services transmitted through SIRIUS/XM, iHeart Radio, and over 500 domestic and international AM & FM radio affiliates; a worldwide shortwave radio service; the largest Catholic website in the U.S.; electronic and print news services, including Catholic News Agency, “The National Catholic Register” newspaper, and several global news wire services; as well as EWTN Publishing, its book publishing division.

Share This Post
EWTN, Our Lady of Fatima, Fatima, Miracle of the Sun
See More
Last Article
Respect Life Month
Next Article
EWTN Coverage of the Centennial Anniversary of Fatima
Back to Vermont Catholic Magazine