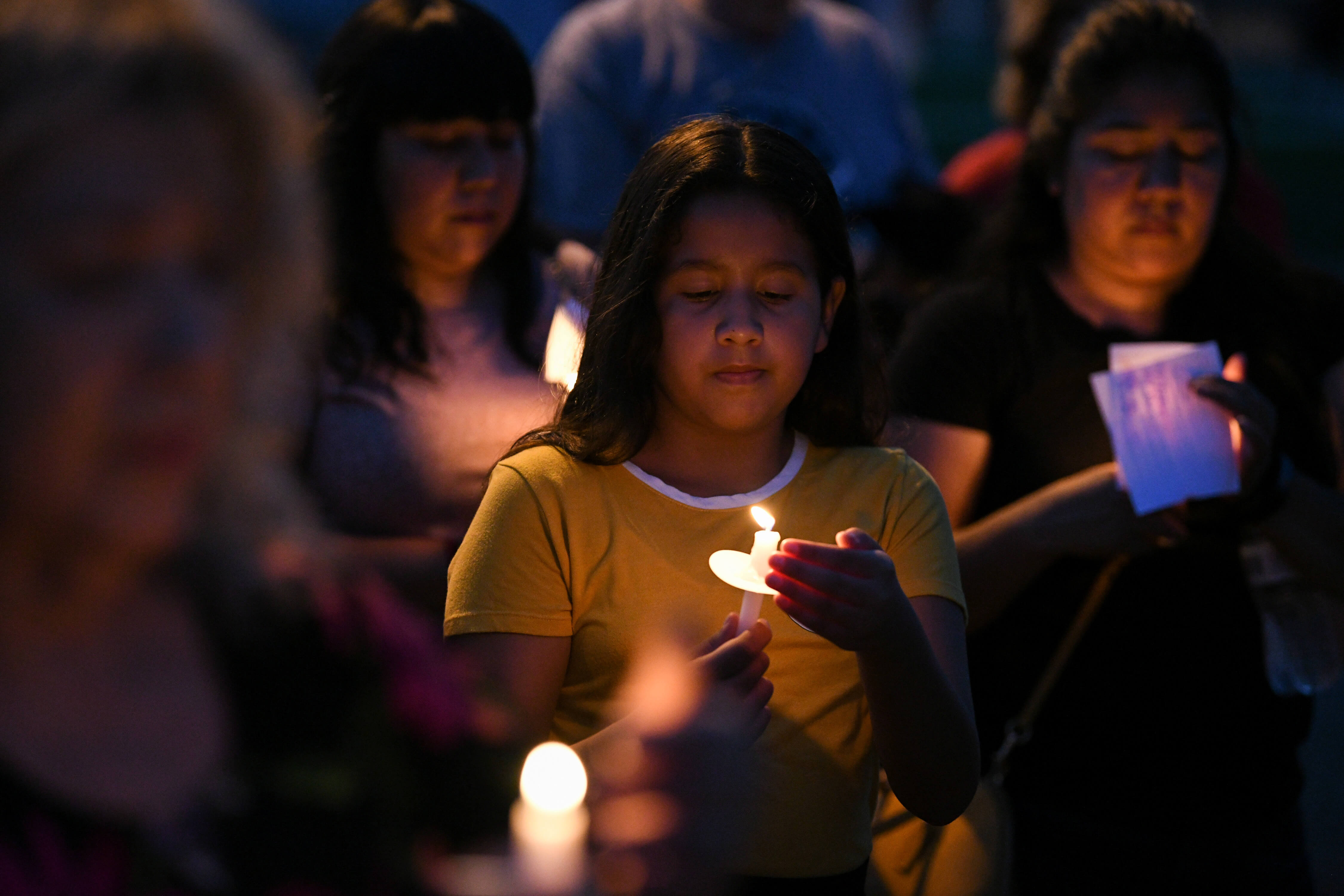 Photo Credit: CNS /Loren Elliott, Reuters - Mourners in Brownsville, Texas, honor the lives of Salvadoran migrant Oscar Alberto Martinez Ramirez and his 23 month-old daughter, Valeria, during a June 30 vigil. They drowned June 24 in the Rio Grande while trying to reach the United States.

‘Migrants are persons like us’: Border bishops offer prayers after deaths

Catholic bishops from both sides of the border near McAllen, Texas, issued a joint statement expressing condolences to the families of migrant children and parents who recently drowned trying to cross the river into the United States.

Bishop Daniel Flores of Brownsville, Texas, and Bishop Eugenio Lira Rugarcia, of the neighboring Diocese of Matamoros, Mexico, issued the statement in English and Spanish June 28, saying their respective border dioceses “express with much pain the sorrow of the whole community upon hearing of the parents and children that have recently lost their lives upon crossing the Rio Grande River, seeking a better life.”

They mentioned, in particular, the deaths of 25-year-old Oscar Alberto Martinez Ramirez and 23-month-old daughter Angie Valeria, a Salvadoran father and daughter whose bodies were photographed after they drowned in the river that flows across Texas and Mexico and forms part of the U.S-Mexico border.

“We offer our condolences to the families and loves ones of those who have died, and we recall that over the course of years countless persons have lost their lives in a similar manner, many whose names are known to God alone,” the statement said.

The statements also mentioned the recent deaths of a mother in her 20s and her three children, whose bodies were found by authorities on federal land near the U.S. side of the river close to McAllen June 28. They have not been identified.

The border community of Brownsville, where Bishop Flores serves, held a vigil late Sunday to remember the deaths of the Salvadoran father and daughter, whose bodies were repatriated to El Salvador for burial the weekend of June 27-28.

“United to the families that suffer these sorrows, with whom we have been able personally to speak and pray, we ask God the Father for the eternal rest of their deceased loved ones, and we ask that he fill loved ones who remain with strength and hope in these difficult moments,” the bishops said in their statement.

“Also, as we recognize the good that many persons do for our migrant brothers and sisters, we invite everyone, governments and society, to be ever aware that migrants are persons like us; with dignity and rights, with needs, sorrows and hopes,” they said. “We must extend a hand to help them have a better future, following the teaching that Jesus has given us: ‘Do unto others whatever you would have them do to you.'”