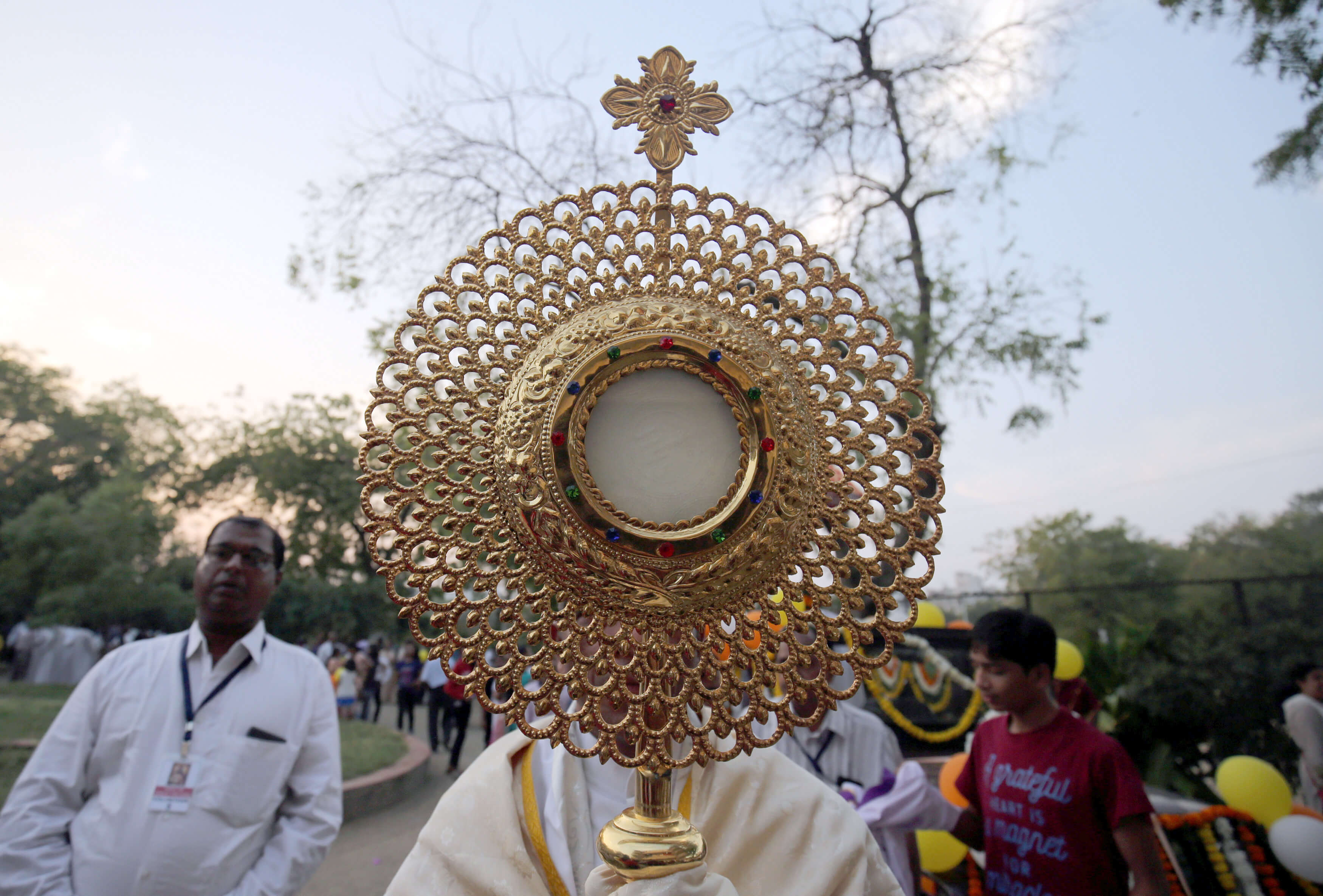 Jesus showed His authority as king not through the power of weaponry, violence or deceit but by the power of His love for the world through His death on the cross, Pope Francis said.

Kingdoms founded “on the power of arms and on abuses of power” are frail and often collapse while God’s kingdom is founded on love that gives “peace, freedom and fullness of life to those who accept it,” the pope said Nov. 25 during his Sunday Angelus address.

“This is the divine truth which is ultimately the essential message of the Gospel: ‘God is love’ and He wants to establish in the world His kingdom of love, justice and peace,” he said.

In his address, the pope reflected on the Solemnity of Christ the King. The feast, he said, not only marks the end of the liturgical year but also serves as a reminder that in creation, all life does not advance “by chance but proceeds towards a final goal: the definitive manifestation of Christ, Lord of history and of all creation.”

He also reflected on the day’s Gospel reading from St. John, in which Jesus tells Pontius Pilate that His “kingdom does not belong to this world.”

Jesus, the pope explained, has no political aspirations and the true power that He wishes to wield is the power of love “by bearing witness to the truth” of God’s infinite love for all men and women.

Pope Francis said that by accepting Jesus as king, Christians can receive meaning and enlightenment “to our existence marked by doubt, fear and everyday trials.”

However, he added, this can only be experienced “on the condition that we do not follow the logic of the world and its ‘kings.'”