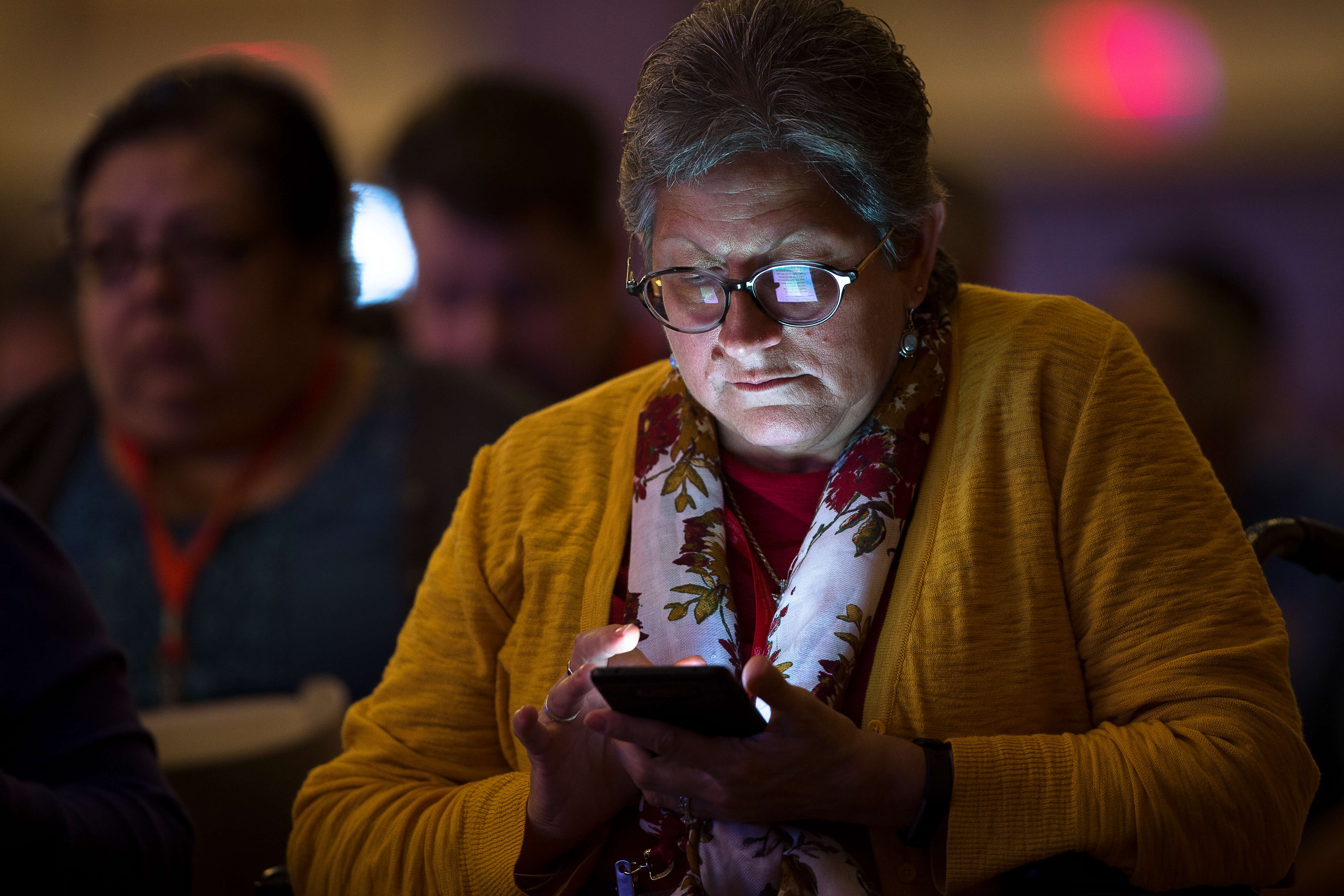 Photo Credit: CNS/Tyler Orsburn - A delegate at the Fifth National Encuentro last year in Grapevine, Texas, checks the Internet. Massgoers in Ireland are being urged to switch off their mobile phones during Lent.

Alcohol, cigarettes and chocolates are some of the most well known vices that people traditionally give up during Lent. But now Massgoers in Ireland are being urged to make what might be an even harder sacrifice throughout the penitential six-week period — switching off their mobile phones.

Parishioners in Navan, County Meath, are being urged to “reconnect with their families” in the weeks leading up to Easter by talking to one another rather than texting and browsing online. The “Invitation for Lent 2019” urges churchgoers to “reduce screen time in order to increase family time.”

Father Robert McCabe of St. Mary’s Church, Navan, said he hopes parishioners will make a permanent lifestyle change, rather than just putting down their devices during Lent.

“Everybody can benefit from spending less time on their phones and laptops and using that time to communicate instead with their families,” he said.

“Even members of the clergy are guilty of being on their phones too much, and Pope Francis himself has highlighted this point when he chastised priests and bishops who take pictures with their mobiles during Masses, saying they should lift up their hearts rather than their mobiles.”

Father McCabe, a former military chaplain, said mobile phone etiquette has even been introduced in the pre-baptism courses he runs in his parish.

“One of the things we stress in the course is that just one person should be taking photos of the baptism, while everyone else relaxes and enjoys the occasion,” he said. “If people are holding up their phones to take photos of the event, then they are not properly engaging with it.

“The same can be said of weddings. The last thing a bride wants to see as she walks down the aisle is loads of people with taking photos with their phones. The only person that should be taking pictures is the wedding photographer.”

While Father McCabe acknowledges that some people — including those on call for their work — are not in a position to turn off their smartphones, he insists everyone could all benefit from spending less time staring into devices.

“A good description of phones that I’ve heard is that they are ‘weapons of mass distraction.’ If you’re in a position to switch them off, then do so and use that time positively,” he said.

“I hope people will heed this message during Lent, and that people will make changes for life, and not just for this period. People are spending too much time in the virtual world and need to come back to the real world.”