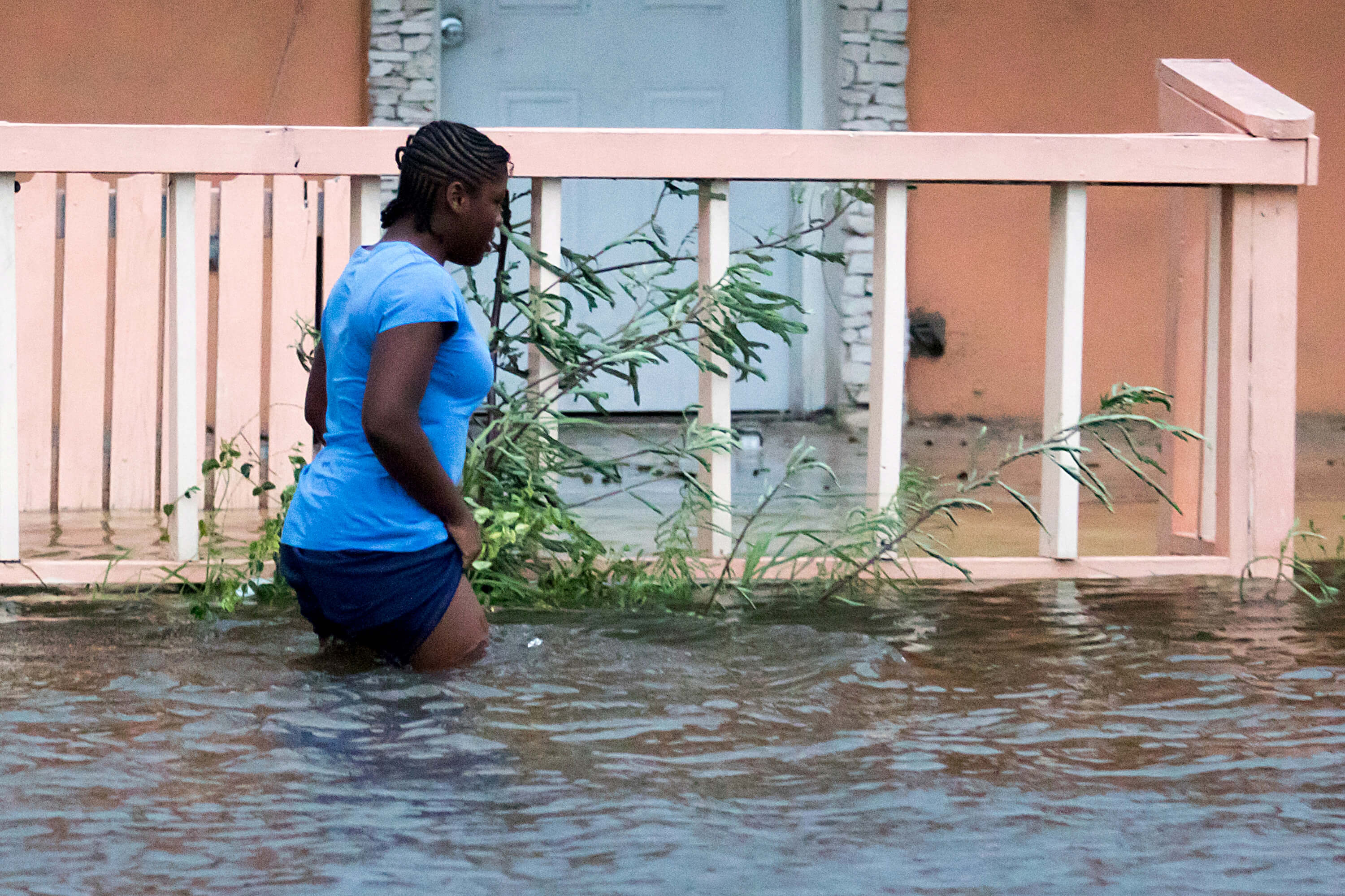 Photo Credit: CNS/John Marc Nutt, Reuters - A woman walks in a flooded street in the aftermath of Hurricane Dorian in Nassau, Bahamas, Sept. 2.

While it appeared Sept. 3 that Hurricane Dorian would skirt Florida’s east coast, the widespread catastrophic damage to the Bahamas associated with the historically large and powerful storm is not going unnoticed.

Residents along the southeast U.S. coast from Florida to North Carolina were concerned about where the storm goes next after raking the northwestern Bahamas for more than 24 hours.

To the north, officials in the Florida Dioceses of Palm Beach, Orlando and St. Augustine were monitoring the storm’s path and were prepared to close offices and schools if necessary. Catholic Charities agencies in all three Dioceses were also making emergency preparations.

Routsis-Arroyo told the Florida Catholic, the Miami archdiocesan newspaper, that he spent much of Labor Day morning in conference calls with Catholic Charities USA staff and separately with the seven Florida diocesan directors of Catholic Charities agencies and with his own program directors and senior staff around the Miami Archdiocese.

Catholic Charities Miami is part of a statewide and national network monitoring the slow-moving Dorian both in the Bahamas and its anticipated impacts in U.S. coastal communities in coming days.

Hurricane warnings and watches had been posted from the Florida coastline to South Carolina. Hurricane conditions, with sustained winds of 74 miles per hour or greater were forecast for Florida the evening of Sept. 3, while areas farther north were expected to be affected beginning Sept. 4.

Dorian has been described as one of the strongest Atlantic hurricanes to strike land in some 80 years. It was downgraded from a Category 5 to Category 3 Sept. 3 after blasting the Bahamas Sept. 1 with sustained winds of 185 mph.

Miami-Dade County was out of the danger zone and officials had not issued any evacuation orders, so the St. Luke Center for drug and alcohol abuse and New Life Family Center for homeless families are continuing their operations, according to Routsis-Arroyo.

Charities agencies in Broward County to the north were boarded up to protect facilities there and are in a wait and see mode for now, he added. Following the hurricane, it is possible that Catholic Charities sites and some parishes around the greater Fort Lauderdale area could serve as distribution points for post-hurricane relief if they are needed.

“The seven Florida dioceses and Catholic Charities have a mutual aid agreement and we will be ready to help one another if another diocese is impacted by Dorian, and our hearts and prayers go out especially to the Bahamas,” Routsis-Arroyo said.

The archdiocese is planning a general Hurricane Dorian relief appeal to address needs wherever they occur in Florida, the U.S. and the Bahamas. Catholic Charities USA also is accepting donations on its website, www.catholiccharitiesusa.org.

Routsis-Arroyo canceled a trip that had been planned to the Florida Keys in early September for members of the agency’s board of directors to see progress on long-term housing projects the archdiocese has under construction there.

“While Dorian didn’t impact Haiti, Puerto Rico or the Dominican Republic, our (overseas) focus can be on helping the Bahamas, and we have been in touch with Archbishop Patrick Christopher Pinder (of Nassau),” Routsis-Arroyo said. “Our archdiocese has worked closely in the past with Archbishop Pinder and he will let us know what his needs will be going forward, whether with monetary help or with donations we get if he has specific needs.”

Several Catholic Charities Miami staff have family members living in the Bahamas. Early indications showed they safely endured the storm, but little else is known.

“We do have staff with family there and thankfully they are reporting that the families are OK, but there is devastation in those northern islands. Communications have been tough but we do know that those relatives are alive. But this storm is sitting right there,” Routsis-Arroyo said.

While Catholic Relief Services is generally responsible for the U.S. bishops’ charitable outreach to the Bahamas, it is likely that the Miami Archdiocese will serve as a natural liaison to the islands given its proximity and historic ties to the Church there, he added.