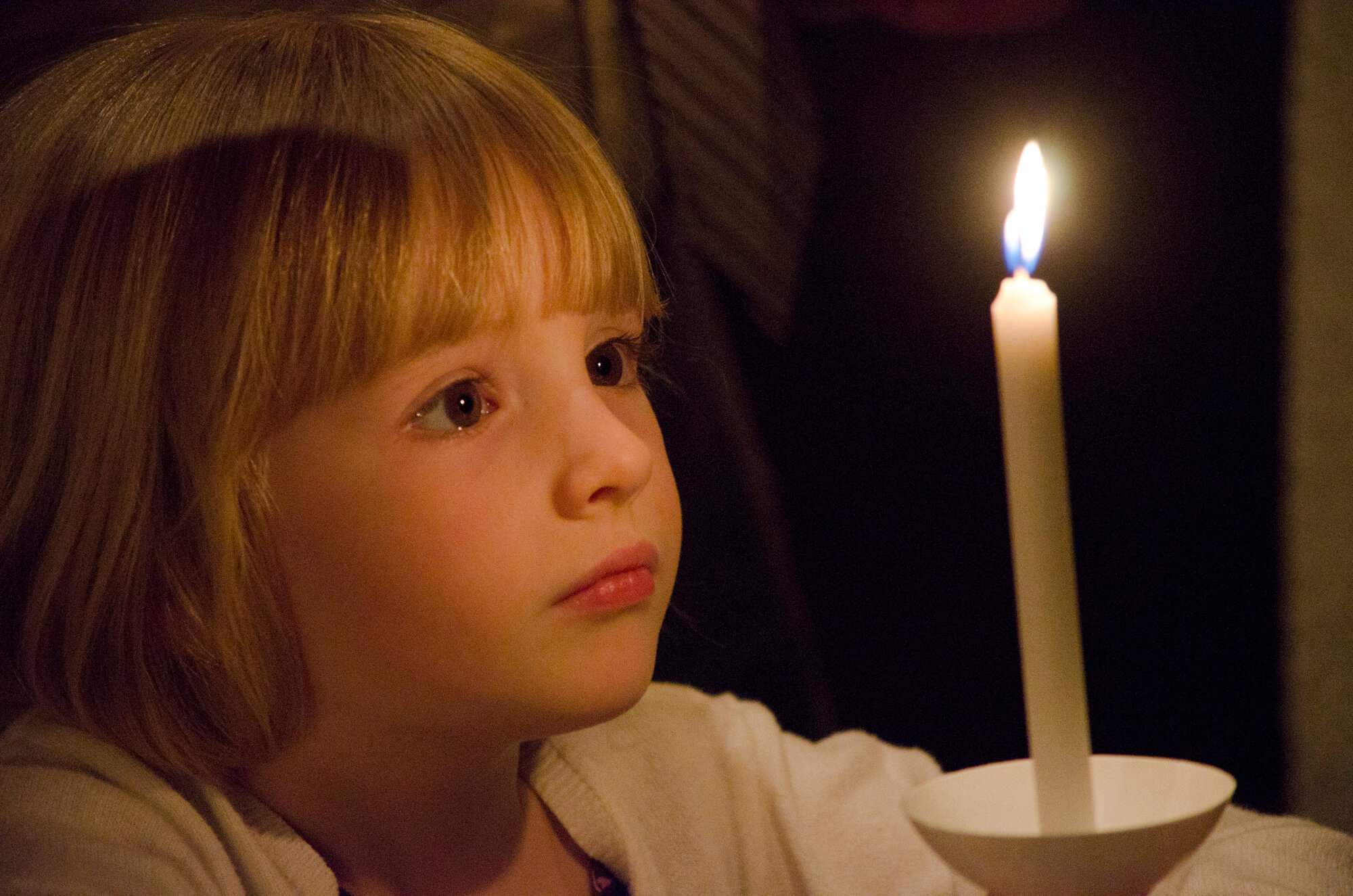 Photo Credit: (CNS photo/Christopher Riggs, The Catholic Advance) - A girl is enamored of her Easter candle during a past Easter Vigil in the Cathedral of the Immaculate Conception in Wichita, Kansas.

Easter Vigil: ‘Mother of all Vigils’

The Easter Vigil, the Mass celebrated on Holy Saturday, is, as the Roman Missal says, the “mother of all vigils” and the greatest and most noble of all solemnities.

“The Easter Vigil is to the entire year what Sunday is to the week — it’s a celebration of who we are in Jesus Christ. It is the night we rediscover and renew our own identity in Christ while celebrating with those who are coming into the Church through baptism and confirmation,” said Josh Perry, director of worship for the Diocese of Burlington.

There is a beauty in the Easter Vigil that is not seen in liturgical celebrations any other time of year. “The Church saves the oldest, most powerful ritual symbols for the most important times of the year, and the Easter Vigil gives us the opportunity to be immersed in these once-a-year beautiful expressions of our faith: the fire, candlelight illuminating the entire church, our history as told in Scripture, the Solemn Blessing of Water, along with the celebration of baptism, confirmation and Eucharist and the renewal of our own baptism,” he explained.

The tradition of the Easter Vigil “got lost in the Middle Ages,” said Jesuit Father Bruce Morrill, the Edward A. Malloy professor of Catholic studies at Vanderbilt University Divinity School in Nashville. Only in the 20th century did the Church recover what had been lost.

He said the vigil’s origins date to the early fourth century, but by the late Middle Ages, the celebration moved from a nighttime vigil to a Saturday morning Mass. Also around this time, the Church placed more emphasis on infant baptism than adult baptism, which became the norm until the liturgical and sacramental renewal of the Second Vatican Council led to a revival of the ancient catechumenate with the Rite of Christian Initiation of Adults.

But even before Vatican II, the move to revive the Easter Vigil began with Pope Pius XII in the 1950s, restoring the celebration to the Saturday night before Easter.

The Easter Vigil is loaded with symbolism. It must take place after dark and begins with the lighting of the fire outside and the inside lighting of the Paschal candle, whose light is passed on to individual candles. There are seven Old Testament readings telling the salvation history, sung responses between readings and the Exultet.

Paulist Father Larry Rice, director of the University Catholic Center at the University of Texas at Austin, said the idea of the Easter Vigil, by its nature, means “staying up through the night waiting and watching for the Lord’s resurrection.”

Part of the reason so many people love the vigil, he said, is that it “hits us on a primal level,” noting that the vigil is a sensory experience with the smell and the crackling of the fire, the music between readings and the stark images of darkness and light.

Perry invites Catholics to celebrate this night: “There’s no other night like it.”

— Originally published in the Spring 2018 issue of  Vermont Catholic magazine.