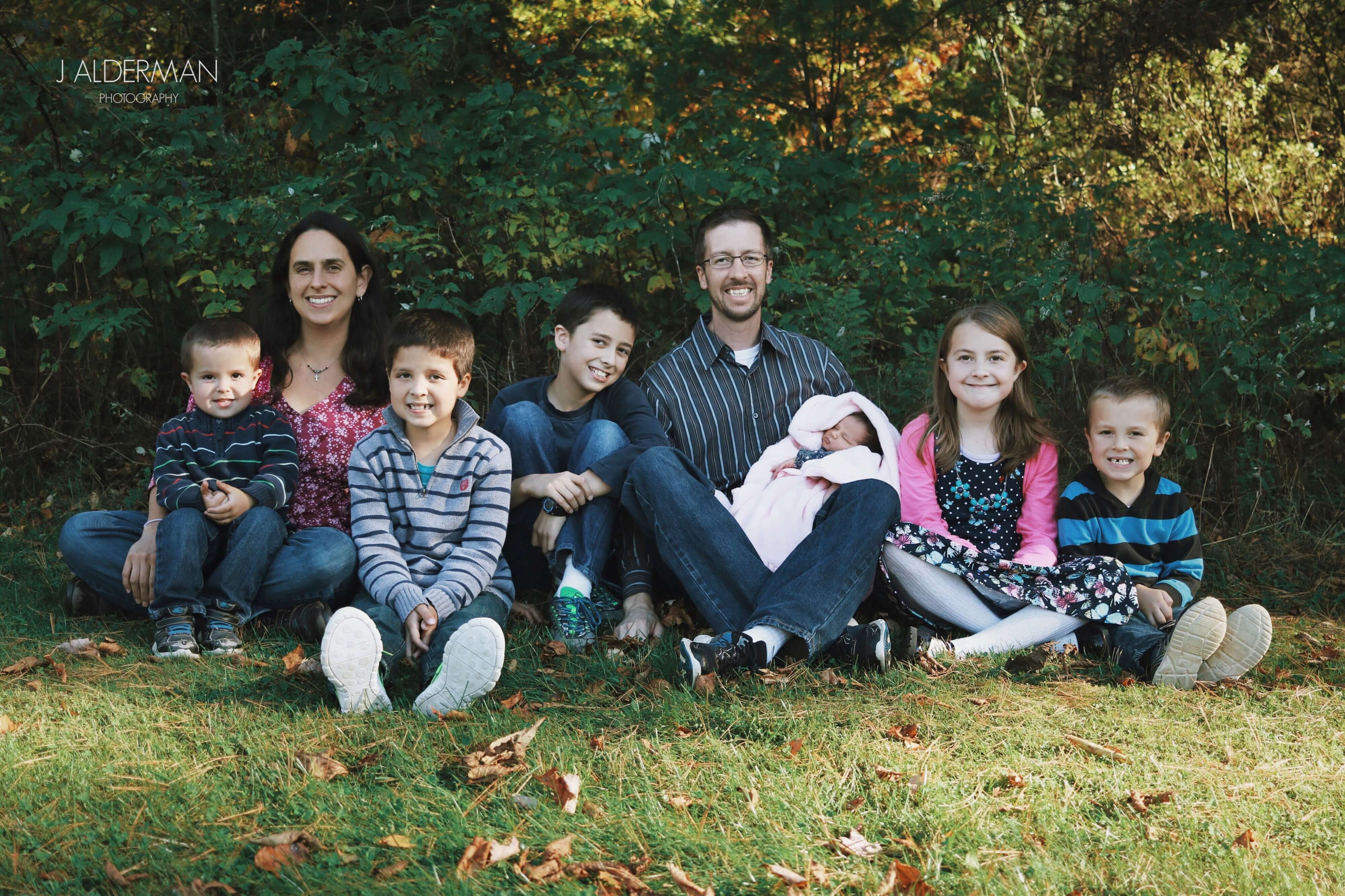 Photo Credit: Jillian Alderman photo - Deacon Phil and Patty Lawson pose with their family. Catholic author and apologist Scott Hahn has noted that there are problems whenever a society falls into individualism (prioritizing the good of the one) or collectivism (prioritizing the good of the many) because such a society loses sight of the truth that it's really the family, as society's basic and most important unit, that should be prioritized.

Responding to editors’ requests for a regular sampling of current commentary from around the Catholic press, here is an editorial titled: “Dignity of family ” from the April 24 issue of Our Sunday Visitor, a national Catholic newsweekly based in Huntington, Indiana. It was written by the newspaper’s editorial board.

Having a small child face an illness that doctors declare to be untreatable and ultimately fatal is nightmare enough for any parent. But the recent high-profile case of Alfie Evans is a reminder of the human capacity to create further harm in the name of providing care.

On April 18, Pope Francis received Tom Evans, the father of a seriously ill British toddler, who was in Italy in an effort to prevent doctors in the U.K. from withdrawing life-support from his son. Doctors had been unable to make a diagnosis of the 23-month-old’s degenerative neurological condition, but called keeping him on life-support “futile.”

A high-court judge backed a lower court’s ruling that the hospital could withdraw life-support against the family’s wishes. On April 23, in a last-minute effort to prevent withdrawal, the Italian foreign ministry granted citizenship to Alfie. The same day, Pope Francis tweeted: “Moved by the prayers and immense solidarity shown little Alfie Evans, I renew my appeal that the suffering of his parents may be heard and that their desire to seek new forms of treatment may be granted.”

This case is not at its core a debate about euthanasia or ordinary versus extraordinary means of preserving life. It is about the fundamental right of families: that as the most basic cell of society, they be treated with the utmost dignity and respect by society and, in this case, by the state. It is about the fundamental right of parents: that they must be able to select responsibly, yet unilaterally, the manner of care and treatment of their own children. Doctors advise, yes, but parents decide. And government remembers its place.

The Church has long affirmed — and Pope Francis often has repeated — that systems need to have human beings at their center and be at the service of the human person, not the other way around. Applying this principle to the realm of health care, this means that convenience and profit should not be put ahead of caring for people, nor, as in the case of Alfie Evans, should authorities be allowed to rob parents of their right to make the life-or-death decisions guiding their child’s care. This also runs afoul of another Catholic social principle, subsidiarity: Decisions should be made at the lowest possible but highest necessary level.

This case has struck a nerve, as was evident when 200 protesters turned up on April 23 at the Liverpool hospital treating Alfie Evans. But this isn’t the first time this has come up. Not even a year ago, the case of another British child, Charlie Gard, garnered international media attention as his parents fought with authorities for the right to make these decisions. This is not what putting people at the center looks like.

Catholic author and apologist Scott Hahn notes in this week’s issue of OSV Newsweekly that we run into problems whenever a society falls into individualism (prioritizing the good of the one) or collectivism (prioritizing the good of the many) because such a society loses sight of the truth that it’s really the family, as society’s basic and most important unit, that should be prioritized. Just as an individualist view ends up championing the destructive choices of abortion and physician-assisted suicide, the collectivist approach works against the dignity of family.

This is what the case of poor Alfie Evans comes down to. And it’s tragic that, in the midst of it all, a small child must bear the burden of a society that has lost its moral grounding, especially concerning God’s teaching on human dignity.