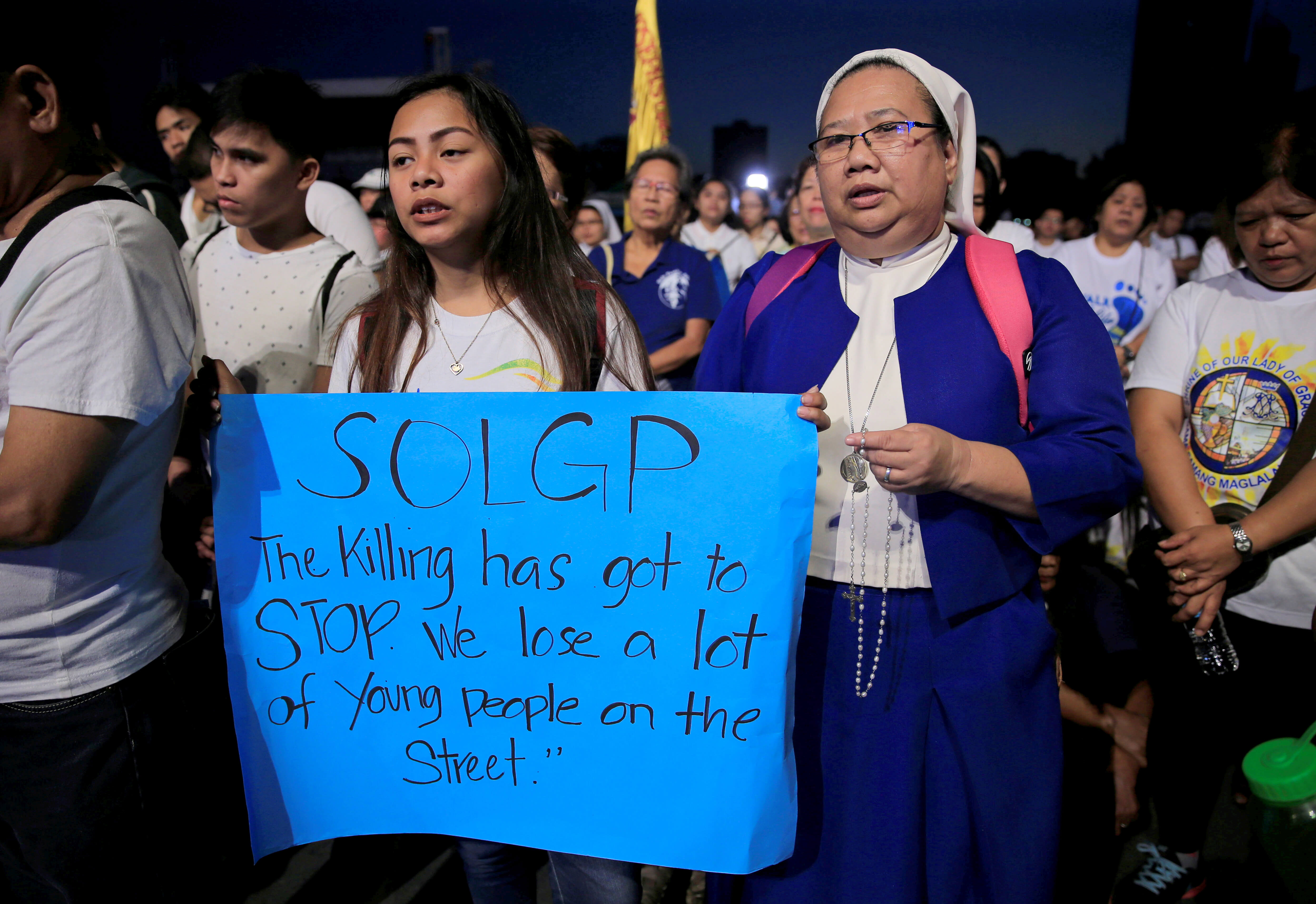 Photo Credit: CNS/Romeo Ranoco, Reuters - A nun and student display a placard as they participate in a procession against plans to reimpose death penalty and intensify the drug war during Walk for Life in Manila, Philippines, Feb. 24, 2018. In a video message to participants at the World Congress Against the Death Penalty Feb. 27, Pope Francis said the death penalty is a cruel violation of the basic right to life and robs people of the chance to repent and make amends for the crimes they have committed.

The death penalty is a cruel violation of the basic right to life and robs people of the chance to repent and make amends for the crimes they have committed, Pope Francis said.

The right to life is “the source of all gifts and of all other rights” that must be protected, the pope said in a video message to participants at the World Congress Against the Death Penalty Feb. 27.

“The death penalty is therefore a serious violation of the right to life of every person,” he said.

According to the conference’s website, the goal of the World Congress Against the Death Penalty is to encourage “countries to make concrete commitments, mobilize public opinion and help to develop common strategies” to abolish the death penalty.

In his message, the pope recognized the need for governments to protect their citizens from “serious crimes that threaten the common good and the safety of people.”

On the other hand, he said, “we can never abandon the conviction of offering even those guilty of crime the possibility of repentance.”

“For this very reason, it is a positive sign that more and more countries are taking a chance on life and no longer use the death penalty or have removed it completely from their criminal legislation,” he said.

Pope Francis said that although the death penalty was once seen as an appropriate response to some crimes, “the dignity of the person is not lost even when he or she has committed the worst of crimes.”

The abolition of the death penalty, he added, represents “a courageous affirmation of the principle of the dignity of the human person” and the conviction that humanity can confront crime while “also rejecting evil.”

“No one’s life can be taken and deprive them of the opportunity to once again embrace the community he or she wounded and made suffer,” the pope said.

Last August, the pope ordered a revision of the Catechism of the Catholic Church, which says that “the church teaches, in the light of the Gospel, that ‘the death penalty is inadmissible because it is an attack on the inviolability and dignity of the person,’ and she works with determination for its abolition worldwide.”