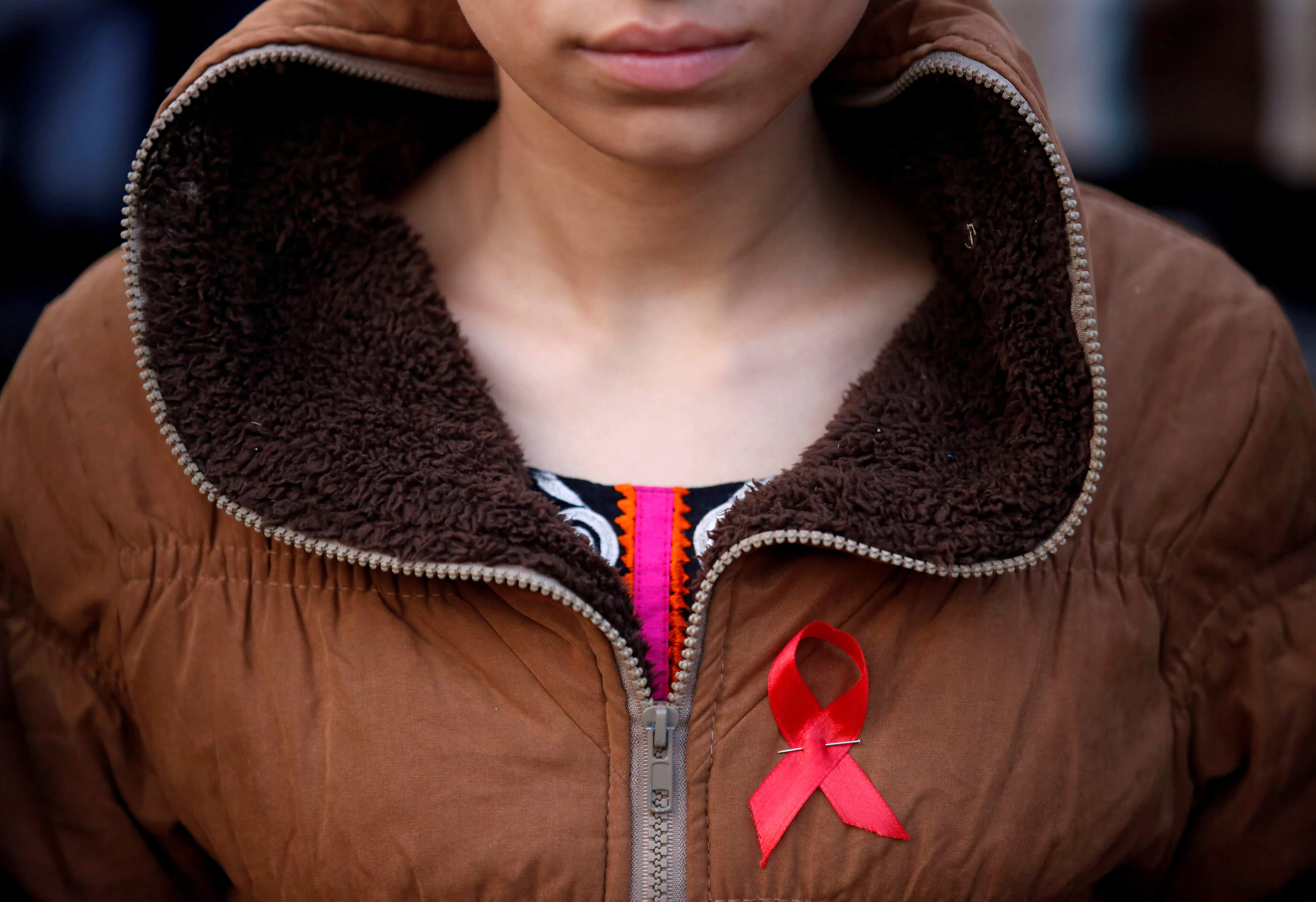 Photo Credit: CNS/Navesh Chitrakar, Reuters - In this 2016 file photo, a health awareness activist in Kathmandu, Nepal, participates in a HIV/AIDS campaign. A senior Catholic Relief Services official urged Congress March 12 to modestly increase the U.S. international affairs budget in a time of mass displacement and crises that cause hunger and inadequate health care.

A senior Catholic Relief Services official urged Congress to modestly increase the U.S. international affairs budget in a time of mass displacement and crises that cause hunger and inadequate health care.

Bill O’Keefe, executive vice president for mission, mobilization and advocacy, called for at least $60 billion in foreign humanitarian and development aid in fiscal year 2020 spending during testimony March 12 to the House Subcommittee on State, Foreign Operations and Related Programs.

Foreign assistance for programs in health care, including for AIDS, tuberculosis and malaria treatment, international disaster assistance, migration and refugee assistance, and development programs totals about 1 percent of all federal spending.

The White House budget as submitted is expected to be significantly altered by Congress as it conducts hearings on various aspects of federal spending between now and the start of the fiscal year Oct. 1.

O’Keefe said foreign assistance, coupled with diplomacy and political negotiation, would allow the United States to maintain its leadership role in responding to global needs.

The CRS official applauded efforts by the U.S. Agency for International Development to support countries “on their journey to self-reliance,” but cautioned that countries need time to transition to such a status and that U.S. support is vital to achieve that goal.

Among the primary beneficiaries of aid are the 68 million people around the world who have been displaced by natural or manmade disasters, O’Keefe said. The number includes 3 million Venezuelans who have fled to neighboring countries amid months of political turmoil, he said. Observers expect up to 2 million more people could flee the country this year.

CRS joined with other humanitarian, development and global health organizations to make a similar request as the White House budget was released March 11.

In a statement, the agencies said more than 132 million people worldwide will need some type of humanitarian assistance this year. “Now is not the time to slash effective, life-saving programs that help create a safer and more secure world,” the organizations said.

They also questioned the White House proposal to “significantly modify and repeal” State Department’s refugee mandate and resources for its humanitarian bureau and cut humanitarian assistance by 34 percent, saying it was “unwise, especially given historic levels of displacement.”

“Foreign assistance funding is fundamental to America’s global leadership and essential to shaping a world where our national interests will thrive,” the statement said.

Noting that foreign assistance comprises about 1 percent of federal spending, the organizations said, “This small portion of our budget is molding the face of our world’s future and building a better and more stable world with prospering economies.”

“Cuts will have life-and-death consequences for the poorest people in the world and will reduce the life-saving and economic impacts that we see every day,” the agencies added.

Joining CRS were Bread for the World; Cooperative for Assistance and Relief Everywhere, known as CARE; International Rescue Committee; Mercy Corps; ONE; Oxford Committee for Famine Relief, or Oxfam; PATH; Save the Children; and World Vision.