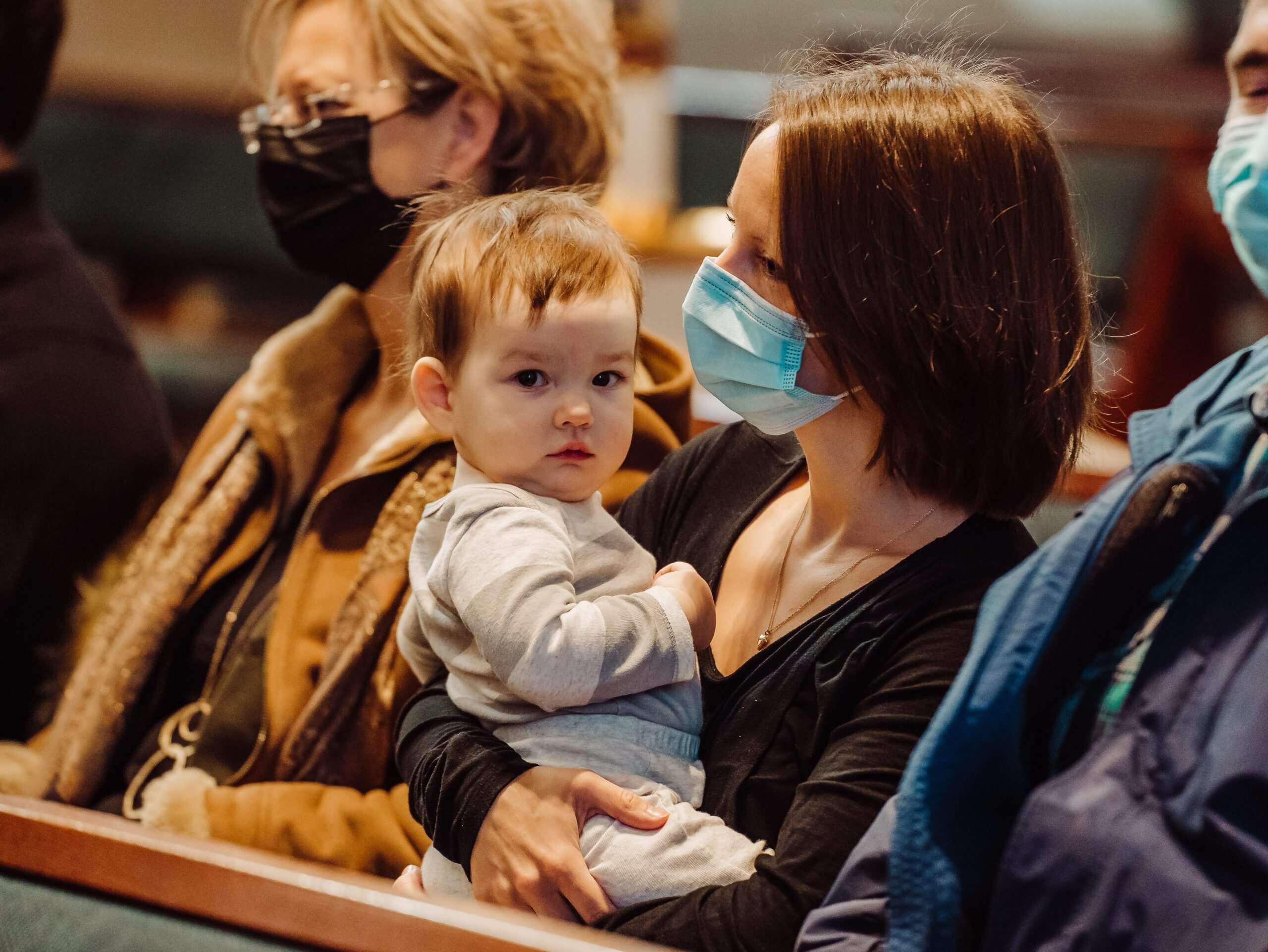 Photo Credit: CNS/Valaurian Waller, Detroit Catholic - Detroit families attend a Mass for "the protection of the unborn" Jan. 23 at the Cathedral of the Most Blessed Sacrament in Detroit. According to a new poll by the Pew Research Center, more Americans say the coronavirus pandemic has strengthened their religious faith than those in 13 other nations that possess what Pew called "advanced economies."

According to a new poll by the Pew Research Center, more Americans say the coronavirus pandemic has strengthened their religious faith than those in 13 other nations that possess what Pew called “advanced economies.”

On the other side of the coin, though, a majority in every country, the United States included, said the pandemic has made no difference in the level of their faith.

With the exception of Australia, Canada, Japan and South Korea, the other nations surveyed were all European: Belgium, Denmark, France, Germany, Italy, the Netherlands, Spain, Sweden and the United Kingdom.

In the United States, 68 percent of those surveyed said their own faith had not changed much, and 47 percent said the faith of other Americans had stayed about the same.

The survey was conducted June 10-Aug. 3 last year, as people in the affected countries had been under social distancing rules, national lockdown orders, or both. Pew did phone surveys of 14,276 adults total in all 14 countries.

More favorable responses were given when asked whether the pandemic had strengthened family bonds. Spain topped out at 42 percent, with the United States, the United Kingdom and Italy each registering 41 percent. Yet even in those countries, a higher percentage of respondents said that had not changed much, either.

For those who say their faith is very important to them, Spain led, as 49 percent said the pandemic had strengthened their faith, compared to 6 percent of Spaniards who said their faith is either somewhat, not too important, or not at all important, a net difference of 43, which also led all 14 nations surveyed.

While focus is usually given to white evangelicals in the United States for their religiosity, there was one area where U.S. Catholics outshone their evangelical counterparts.

According to Pew, 48 percent of Catholics surveyed said the pandemic “strengthened bonds with their immediate family members, which is higher than the share of white evangelical Protestants (34 percent) who say their family relationships are stronger as a result of the pandemic.”

Regardless of nation, people with lower incomes reported stronger faith than those with higher incomes. In the United States, 34 percent of respondents with lower incomes said their faith had been strengthened because of Covid. The 22 percent recorded by Americans with higher incomes, though, is higher than the highest percentage of lower-income people from any other country with enough respondents to make the response statistically significant.

Asked whether Americans’ responses represented a pause in the nation’s continuing slide toward secularization, Neha Sahgal, associate director of research for Pew, replied: “I wouldn’t go that far. One thing is pretty clear, that in the last few years in the United States, there is a secularization trend — more people saying they have no religion, and a fall in the faith of the people who say they are observant.”

Sahgal added, “The greater proclivity” of Americans saying their faith or that of the nation is stronger as a result of Covid “is largely being driven by this groups who is already religious.”