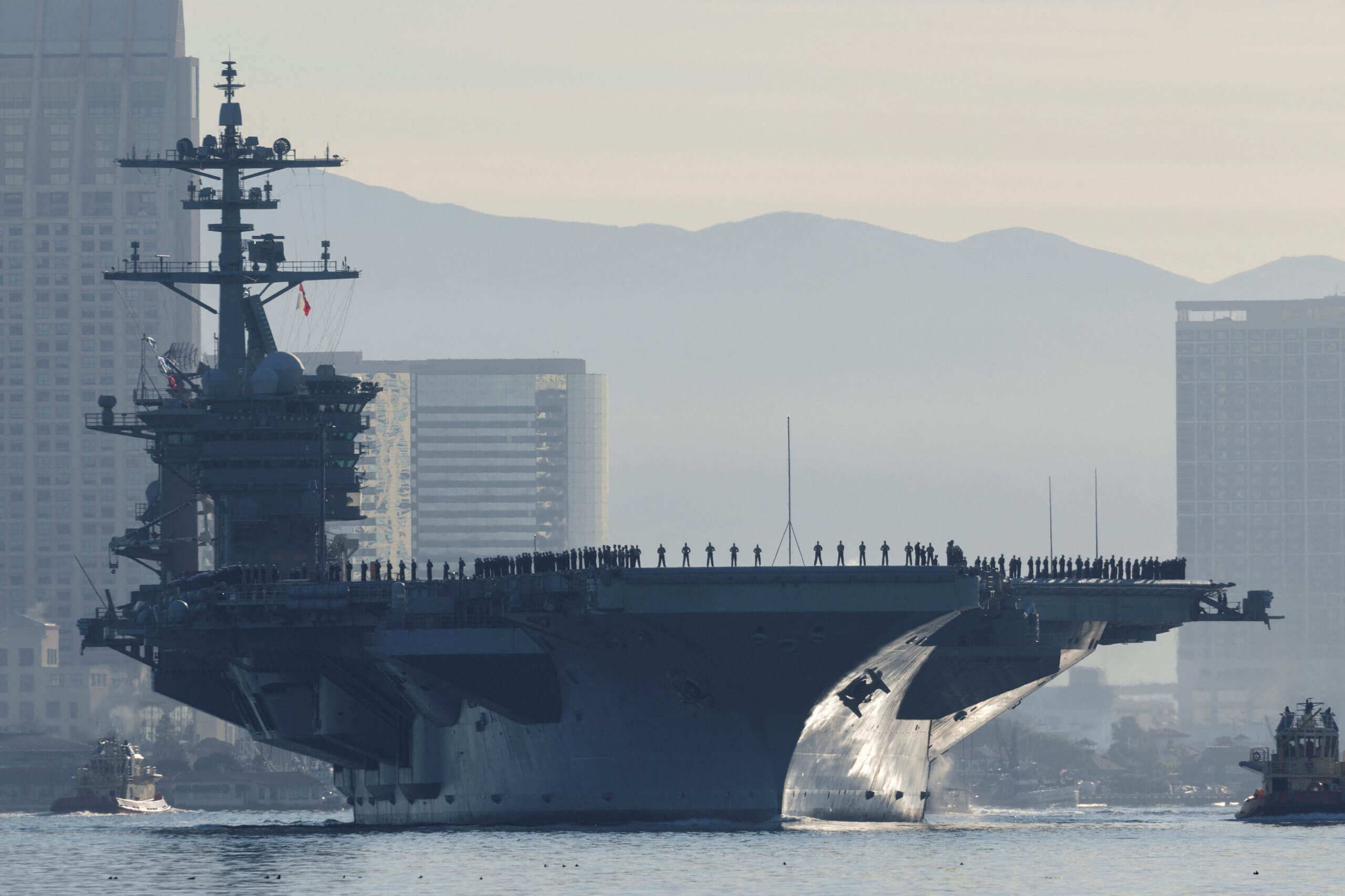 The chairman of the U.S. bishops’ Committee on International Justice and Peace welcomed a pledge by five nuclear powers to prevent the spread of nuclear weapons and new arms races.

Bishop David Malloy of Rockford, Illinois, said in a Jan. 6 statement that the pledge from China, France, Russia, United Kingdom and the U.S. “is an important acclamation of the need to prevent nuclear war and avoid arms races.”

“This principled statement affirms ‘a nuclear war cannot be won and must never be fought’ and stresses the importance of abiding by nonproliferation agreements and commitments,” Bishop Malloy said.

The five nations are permanent members of the United Nations Security Council.

The pledge by the nuclear-armed states came a day before the planned Jan. 4 start of the 10th Review Conference the Treaty on the Non-Proliferation of Nuclear Weapons. U.N. officials delayed the start of the conference for a third time because of the mounting surge in the COVID-19 pandemic.

The review conference is tentatively set to run Aug. 1-26 at U.N. headquarters in New York.

Nuclear disarmament proponents, including non-nuclear nations, the Holy See and Catholic peace advocates, are pushing for a strong statement to emerge from the review conference to achieve reductions in nuclear arsenals as the treaty requires.

The five nations said Jan. 3 that they “consider the avoidance of war between Nuclear-Weapon States and the reduction of strategic risks as our foremost responsibilities.”

The statement, posted on the White House website, said the use of nuclear weapons would have “far-reaching consequences” and they affirmed that “nuclear weapons — as long as they continue to exist — should serve defensive purposes, deter aggression and prevent war.”

“We believe strongly that the further spread of such weapons must be prevented,” the statement added.

The nations also said they remain committed to the nonproliferation treaty’s requirements, including the obligation to move toward total disarmament.

Article VI of the treaty requires signatory nations “to pursue negotiations in good faith on effective measures relation to cessation of the nuclear arms race at an early date and to nuclear disarmament, and on a treaty on general and complete disarmament under strict and effective international control.”

Non-nuclear nations have expressed frustration with the lack of progress toward achieve the goals of the treaty, however. Those nations, including the Vatican, led the effort to adopt the Treaty on the Prohibition of Nuclear Weapons, which came into force in January 2021.

The first meeting of parties signing the prohibition treaty is set to convene March 22-24 in Vienna.

The statement from the five nations included a pledge to strengthen measures to prevent unauthorized or unintended use of nuclear weapons.” They also reaffirmed that “none of our nuclear weapons are target at each other or at any other State.”

The nuclear powers explained they desire to work with all nations to create an environment “more conducive to progress on disarmament with the ultimate goal of a world without nuclear weapons with undiminished security for all.”

In his statement, Bishop Malloy reiterated his message sent in September to U.S. Secretary of State Antony Blinken that negotiations to reduce worldwide nuclear arsenals would begin soon. He cited Pope Francis, writing in his encyclical “Fratelli Tutti, on Fraternal and Social Friendship,” that “international peace and stability cannot be based on a false sense of security, on the threat of mutual destruction or total annihilation.”

Bishop Malloy closed his statement calling on Americans to “continue in prayer and support of our leaders to advance the critical goals of disarmament.”