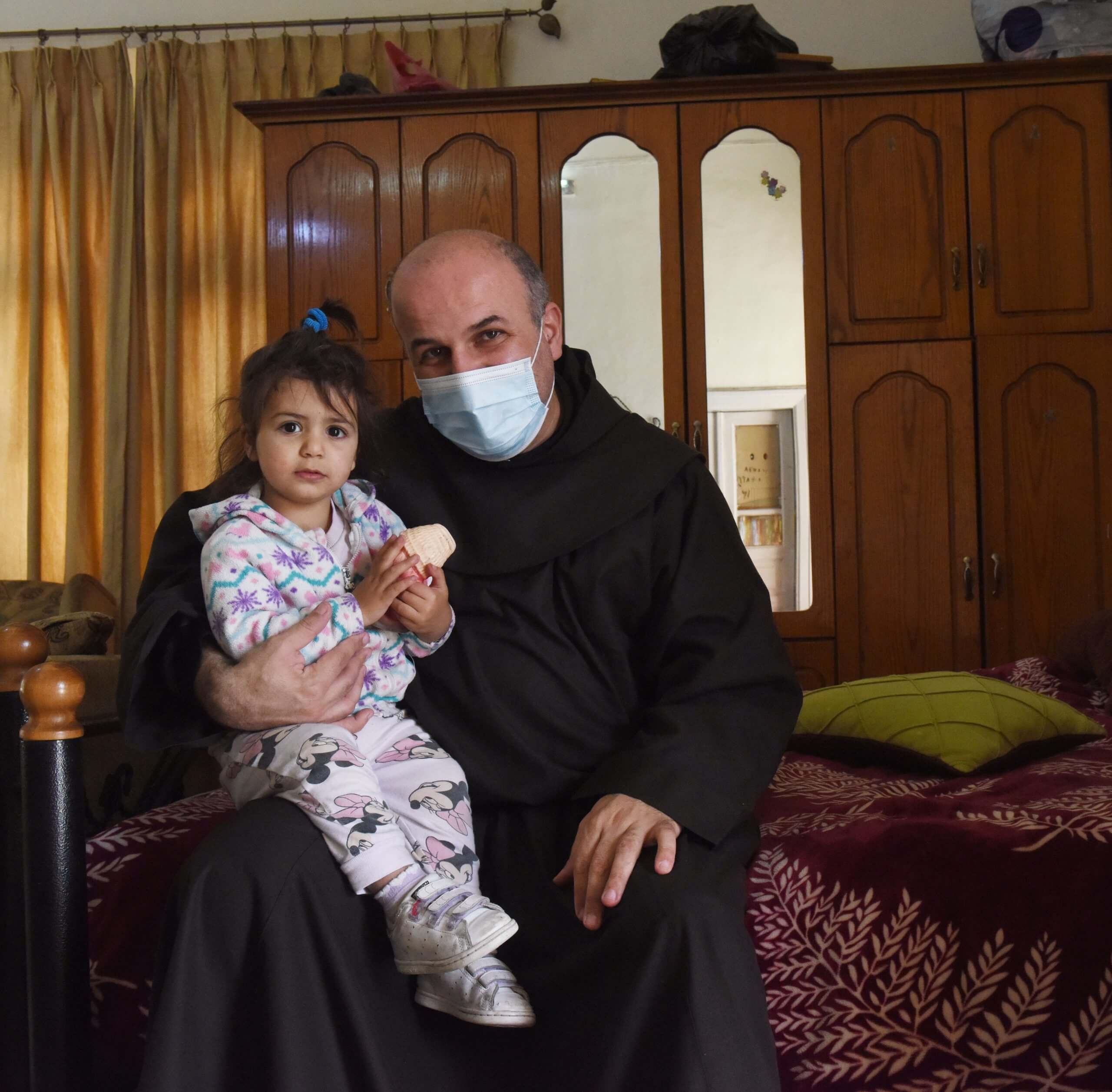 Bethlehem at Christmas: Unemployment can mean choosing food or medicine

As the Christmas approaches, Franciscan Father Rami Asakrieh of St. Catherine Parish said he has been overwhelmed with requests for help — people have been out of work and with no income for almost nine months.

He often continues receiving families needing money for food, medicine and rent into the evening, he said.

Father Asakrieh said that as a priest he must “reanimate” his parishioners’ faith, which he tries to sustain by visits to families, maintaining pastoral activities and streaming Mass and prayers through social media.

“This year the spirit of Christmas we will concentrate less on the outside (trappings) of the holiday and more on the spiritual manifestations of Christmas,” he said.

The Covid-19 pandemic has struck especially hard in Bethlehem, where the economy is largely dependent on tourism. Bethlehem Mayor Anton Salman said Dec. 2 that almost 7,000 people involved in the tourism sector are out of work because of the pandemic.

The lack of tourism affects the rest of the economy, “because people don’t have the ability to pay; they have to choose between education and food and medicine,” said Joseph Hazboun, Catholic Near East Welfare Association’s regional director for Palestine and Israel. Catholic schools are reporting large reductions in enrollment.

“Thank God there are still people of goodwill who are able to make some donations so we were able to … subsidize some salaries for a limited number of teachers, and provide food coupons for food and medicines and support for elderly homes who lost donations from pilgrims and local donors,” Hazboun said.

It is not the first time Palestinian Christians have passed through dark times, he said, and experience has taught them that there is always a light at the end of the tunnel.

“Jesus will bring back (hope) to the lives of every family, especially those living in fear and uncertainty,” said Hazboun. “That is what we try to give with our donations: We try to make the people feel that they are not alone and that God will not forget his people.”

Father Asakrieh said the Palestinian Authority does not have the financial wherewithal to provide pandemic financial assistance to residents, as Israel does. He said even people who had savings are finding themselves running out of money to buy basics.

William Ghattas, 53, who has worked at St. Catherine’s for years, has been unable to work while battling cancer for two years. Although he has been in remission from leukemia for eight months, he must go to the Israeli Hadassah Hospital in Jerusalem to be tested every three months. Ghattas said he is due for another test soon and does not know how he will pay for it.

“I am nervous but I am with God, so everything is good,” said Ghattas.

Father Asakrieh said the parish has had to reduce aid for medicines to include only urgent cases, but has been able to give out vouchers for food to some families with help from donations from the Knights of the Holy Sepulcher, CNEWA, the Franciscan social service association and private individuals who are able to help financially, including Christians from Israel.

The parish has also started some of its own initiatives, including a Christmas bazaar of donated items and a wish box where those with more means can anonymously help fulfill a wish for a needy family.

Tamera Zablah, 32, said there was a grim silver lining with the pandemic restrictions: At least if she cannot give her daughters gifts this year, they will not be able to see their friends’ Christmas gifts.

A nursery school teacher who was laid off, Zablah and her family had to move in with her in-laws after the family’s olive wood workshop was forced to close and they could no longer afford rent. The Franciscan social service association helped renovate an old room in the house so the young couple could occupy it. She and her mother-in-law support the family by occasionally cleaning homes, she said, but they are barely scraping by. Her father-in-law’s medical needs include an oxygen tank.

Sometimes, Zablah said, when she finds things too difficult, she goes to church to pray.

“I feel sad and want to cry. At church you feel spiritually close to God and talk and tell Him everything, even it if is just in your mind,” she said.