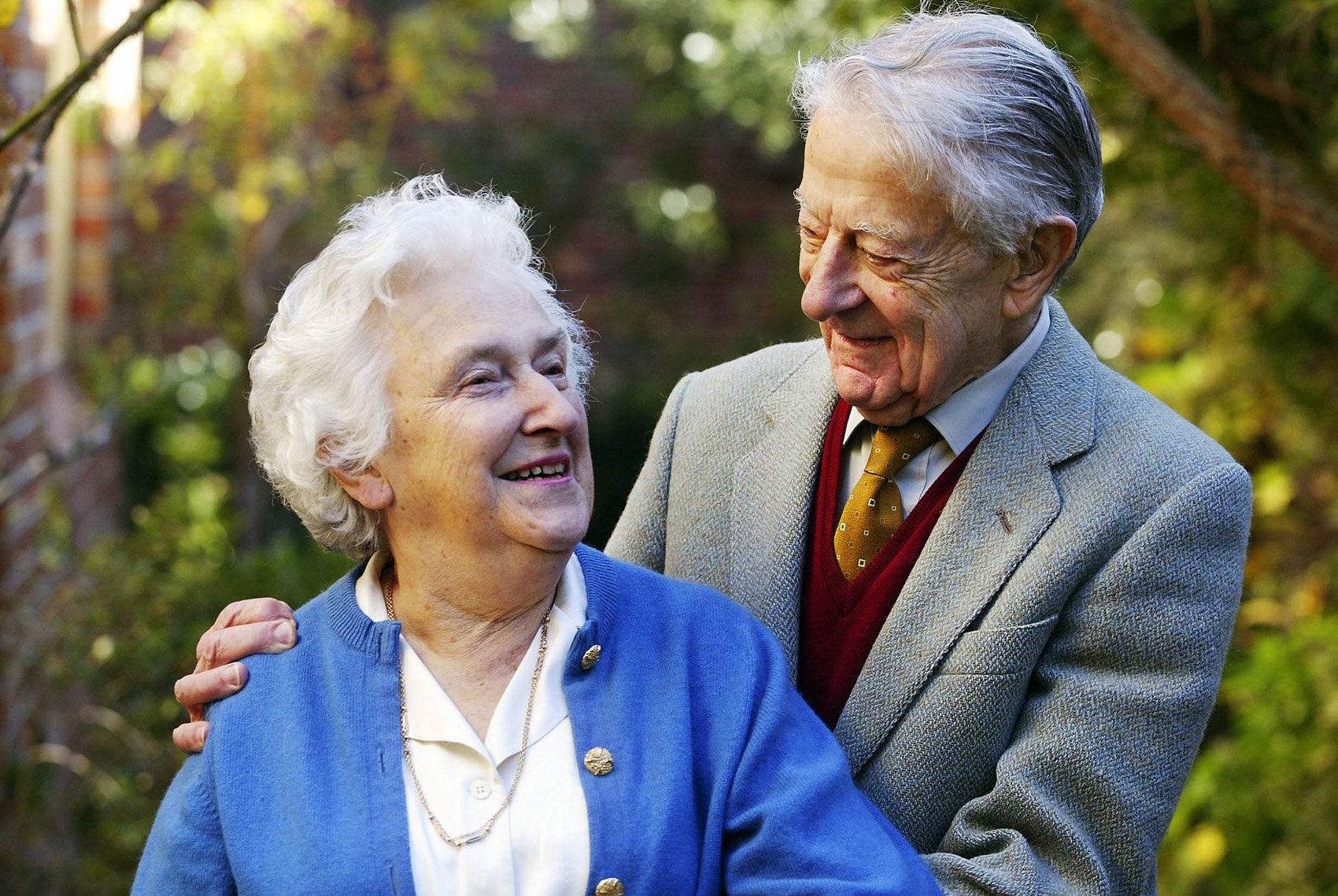 Photo Credit: CNS/Peter Casamento - Drs. Evelyn and John Billings are pictured in the garden of their home in Melbourne, Australia, in this 2004 file photo. The couple are being celebrated as potential saints by those in the medical profession who worked with them as well as families who benefited from their innovative ovulation method, now taught in more than 40 countries throughout the world.

An Australian couple who pioneered one of the world’s most successful natural fertility methods are being celebrated as potential saints by those in the medical profession who worked with them as well as families who benefited from their innovative ovulation method, now taught in more than 40 countries around the world.

Drs. John and Evelyn Billings are perhaps best known overseas for their work in pioneering the Billings Ovulation Method, which has helped countless women around the world determine the most fertile and infertile periods of their menstrual cycle by using mucus patterns from the cervix as the most reliable indicator of fertility.

Lynne Anderson, CEO of Billings LIFE Australia, said she is not surprised by calls for the two to be made saints. She described them as a remarkably selfless couple who were also very dedicated to the practice of their Catholic faith.

“They were very devout, daily Mass attendees and, whenever they traveled overseas for conferences, they tended to stay in religious communities,” she said.

“When John first started this work in 1953, Lyn was working at the Royal Children’s Hospital, and the couple agreed to adopt what was their ninth child, when they saw a poor baby who had been left orphaned and had profound injuries, including an amputated hand.

“They were known for their unfailing generosity of spirit,” Anderson added. “They were also a great example of married life, devoted to honoring each other’s achievements and sharing the Billings Method with communities at conferences around the world, often traveling away for six-eight weeks at a time, two to three times each year.

“They would not accept any honor unless it was given to both of them, and they would rarely appear on stage without the other: They were a real team and a perfect example of what a faith-filled marriage can be.”

Their journey began in the 1950s, when then-Archbishop Daniel Mannix of Melbourne was looking to start a Catholic welfare agency to help Catholic couples whose marriages were in trouble because they didn’t have a reliable, natural way for couples to space out their children if they wished to do so.

John Billings was working as a neurologist at St. Vincent’s Hospital in Melbourne when he was approached by Father Maurice Catarinich, a Melbourne marriage guidance counselor, to help develop a more reliable form of natural fertility than the rhythm method, which was based on a fixed assumption on the date of menstruation in a woman’s cycle, but which failed to take account of individual differences.

“Father Catarinich asked John because he was a happily married man with a family who could relate to the need for such a natural method, especially to help mothers who weren’t well enough either emotionally or physically for an unlimited number of pregnancies,” Anderson said.

Evelyn Billings, a pediatrician, became increasingly more interested in her husband’s work when she proofread his first book on natural fertility, and she wanted to get involved. By 1966, she had made a landmark discovery, recognizing patterns in mucus discharge from the cervix before ovulation; this helped couples to pinpoint the most fertile day of a woman’s menstrual cycle.

The Billings Ovulation Method was gaining growing levels of international interest and, by 1971, it had been recognized by the World Health Organization. To this day the only natural fertility method accepted by the Chinese government.

The Billings founded the World Organisation Ovulation Method Billings (WOOMB), which has allowed the teaching of the method across 45 accredited centers, from African nations such as Tanzania and Nigeria through to wealthier European countries such as France and Italy.

“The beauty of the method is that it is reliable and inexpensive and so it can be adapted to many different contexts. It’s therefore a much better alternative to IVF,” Anderson said.

Sometimes when we hear the word “saint,” we envision someone who lived long ago in a place with [...]