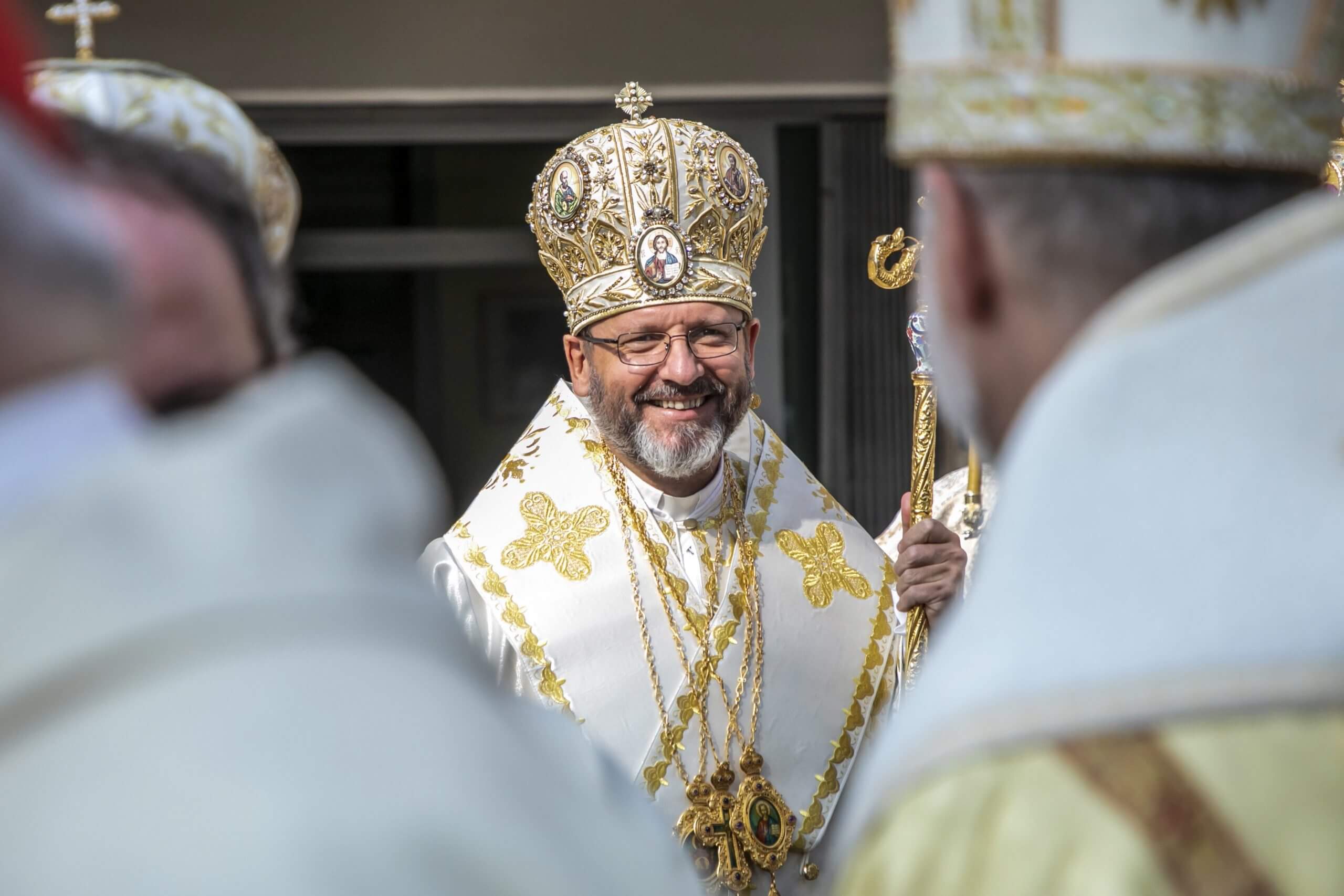 The major archbishop of the Ukrainian Catholic Church reiterated concerns of some of his Baltic neighbors, saying that Ukraine might be on the front lines of a Russian threat, but the threat extends beyond Ukraine.

“The Ukrainian crisis is not only a crisis for Ukrainians,” said Archbishop Sviatoslav Shevchuk. “It’s something which is affecting the whole world — actually Europe, but also the United States and NATO members.”

In a Feb. 4 virtual news conference sponsored by the pontifical aid agency Aid to the Church in Need, Archbishop Shevchuk said there were four dimensions to the threat of what he called a “hybrid war” — military, propaganda, political and economic.

He also said a recent poll showed 63% of those surveyed considered “church” — religious organizations — the most reliable social structure in Ukrainian society. He said people are looking to churches for help figuring out how to respond to events and develop society, and church communities were trying to work together in response.

The first response is prayer, he said. At every day at 8 p.m. (1 p.m. EST), Ukrainian Catholics are asked to stop what they are doing and pray the rosary for peace in Ukraine, and he asked others to join them.

“When we pray, we are not afraid anymore,” he said. “We can calm down, and we can think, and we can examine our own consciences” and project logical responses to the crisis.

The second response is social service, and the bishops have decided to focus on those who are cold, “help the neighbor to survive.” He said the church must offer hope.

“We believe that God is with us,” he said. “We do have hope. We do have the resources to withstand,” he said, without elaborating. When everyone is tempted “to save their own skin,” the church hopes to help others.

Archbishop Shevchuk said there is a new “idolatry of violence” around the world, but Christians must say “No to violence. No to war.”

“Dialogue and solidarity can help us overcome any kind of difficulty,” he said.

The archbishop’s remarks came amid an escalation of tensions and rhetoric over the buildup of Russian military forces near the border of Ukraine and in Belarus, near the Ukrainian border.

On Feb. 7, French President Emmanuel Macron traveled to Russia and Ukraine to try to de-escalate tensions, and German Chancellor Olaf Scholz traveled to Washington to coordinate policies on Ukraine.

Russia has denied any plans to attack Ukraine but wants Ukraine and other former Soviet republics to be barred from joining NATO.

During the virtual news conference at which Archbishop Shevchuk spoke, Archbishop Visvaldas Kulbokas, apostolic nuncio to Ukraine, thanked Pope Francis for the Jan. 26 day of prayer for peace in Ukraine and noted that the pope asked all people of goodwill, not just Catholics, to pray.

Speaking of the escalation of military and political tension in the region, Archbishop Kulbokas said, “If we leave the situation into the hands of politicians, sometimes it is even difficult to expect something positive, because everybody, every government must present its own interests.”

“The real Christian never, never engages in war … should not promote the war.”

“We are not pacifists in the sense that we do not participate in defending our county — no — but we don’t promote the war,” he added.