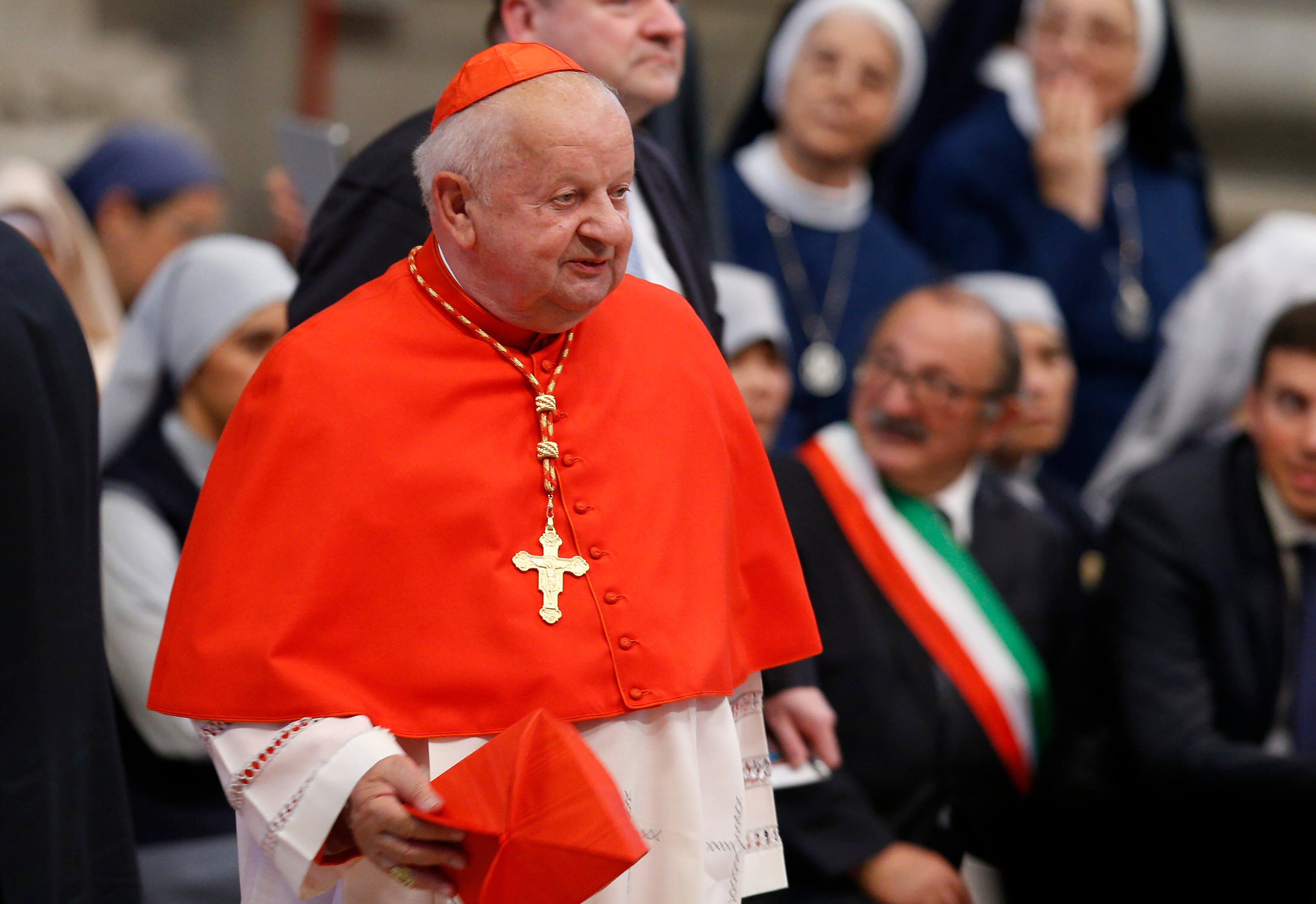 Photo Credit: CNS/Paul Haring - Polish Cardinal Stanislaw Dziwisz of Krakow, Poland, arrives for a consistory in St. Peter's Basilica at the Vatican in this June 28, 2018, file photo. Cardinal Dziwisz celebrated his 80th birthday April 27, ending his eligibility to vote in a conclave.

Polish Cardinal Stanislaw Dziwisz, the former archbishop of Krakow and longtime secretary to St. John Paul II, celebrated his 80th birthday April 27, ending his eligibility to vote in a conclave.

With his birthday, the College of Cardinals returns to having 120 cardinal electors, the maximum limit established by St. Paul VI, but frequently set aside for months at a time over the past three decades.

The Catholic Church currently has 222 cardinals, who come from 88 nations.

The 120 cardinals under 80 years of age and, therefore, eligible to enter a conclave, come from 65 countries, a result of Pope Francis’ practice of naming several cardinals from countries that have never had one before.

For example, according to Vatican statistics published in February, 21.8 percent of the world’s Catholics live in Europe, while 48.5 percent live in Latin America.

In the current College of Cardinals, 42.5 percent of the cardinal electors come from Europe, while 17.5 percent come from Latin America.

However, Pope Francis has visibly shifted the college’s makeup with fewer members being from Europe and many more from African and Asia.

Eight years later, when Pope Benedict resigned, 115 cardinals from 48 countries participated in the conclave that elected Pope Francis: 52.1 percent of the cardinal electors were from Europe; 16.5 percent were Latin American; 12.1 were North Americans; 9.6 were from Africa; 8.7 percent were from Asia; and less than 1 percent were from what the Vatican calls Oceania.