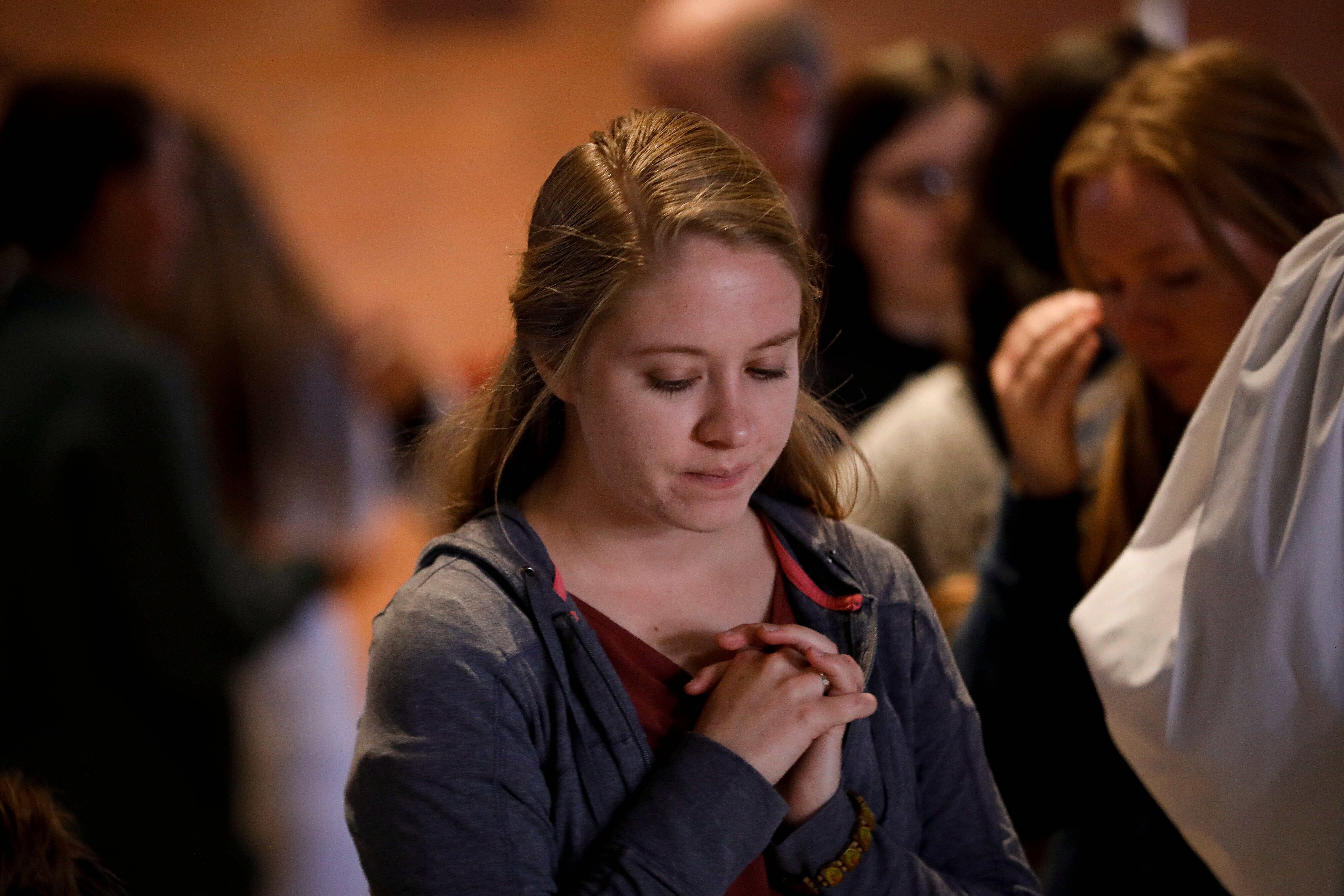 On the third Wednesday of each month, members meet at Holy Family Parish Hall in Essex Junction, and at their last meeting Josh Perry presented “Women as Liturgical Advocates” to the more than 15 women there.

He spoke about women’s participation throughout four key moments in the development of Christian liturgical tradition and one personal experience of a woman’s liturgical advocacy that had great effect on his own ministry — that of his own mother.

The examples that Perry presented made clear that from the very first days after the resurrection of Jesus and the early years of Christianity through the liturgical movement of the 20th century and up to parishes in Vermont today, women have served and continue to serve as important and effective liturgical advocates within Christianity.

Perry’s account of the history of women as liturgical advocates began with Mary, mother of Jesus as “the very heart of the Church’s liturgy” and then moved into an explanation of early Christianity’s “house churches” that existed before the time the Church had a fully-established order of bishops, priests, and deacons as we understand them today. Since women were responsible for the home and whatever happened within it, they were responsible for forming these new “house churches” and actively participating in the ministerial roles that came along with them.

In the New Testament, Mary, mother of John, and Lydia, Priscilla, Nympha and Apphia all have “house churches.”

Recognizing the nuanced discussion around women serving as deacons today, Perry affirmed that historically, “the Church has had women deacons,” though there is much debate about what they were called (deacons or deaconesses), whether their title makes a difference, whether they were ordained or installed and what exactly was their function.

Citing both the New Testament and various other historical documents, he offered a litany of deacons from the Church’s history including Phoebe, Publia, Sophia, Marthana, Anastasia, Eugenia, St. Irene, Sabinia, Dionysia, Anna, Athanasia, Theodora, Theophila, Timothea and Charitina who served in Antioch, Jerusalem, Constantinople, Armenia and Rome between the first to the ninth centuries.

Regardless of exactly how the role of deacon functioned for these women, Perry summarized their active participation in the faith as providing assistance to the community and support for liturgical celebrations.

Jumping ahead a millennium, Perry explained that Pope Leo XIII’s encyclical “Rerum Novarum,” Pius X’s promotion of the liturgy and Pope Pius XII’s encyclical “Mystici Corporis Christi,” which describes the Church as the Mystical Body of Christ in the world, laid the groundwork for the Liturgical Movement of the 20th century, during which began promotion of the Liturgical Apostolate or “the full, active and conscious participation of all in the liturgy.”

“It is within this web of connections that we find many influential women,” shared Perry, listing off women including Maisie Ward of the Catholic publishing company Sheed and Ward, Sara O’Neill who opened the first Catholic bookstore, making liturgical texts available to the public, and Dorothy Day who founded the Catholic Worker hospitality houses and encouraged those who aided in the ministry to always keep the liturgy at the center of their work.

The presentation concluded with a tribute to Perry’s own mother, who while raising three children alone after the death of Perry’s father, always managed to make Mass a priority, even among her own struggles with depression and addiction.

“There weren’t many hard-core rules in the Perry household,” remembered Perry, “but Sunday Mass attendance was one of them. … Mass was constant.”

While he “hated” religious education as a child, he was curious about the Mass. His mother encouraged his interest by taking him to the public library to read the Catholic Encyclopedia — a three-hour trip that Perry credits as the beginning of his career as a liturgist. His mother also encouraged him to become an altar server at an early age and sit in the front pew when he wasn’t serving.

“She showed up and participated, and she brought me along,” said Perry.

Turning attention to the women of the Catholic Daughters of the Americas in the room, Perry affirmed their participation as liturgical advocates, “You show up. You build community. You support others. …  Thank you!”

For information on having this presentation at your parish, contact Josh Perry, director of worship and liturgy, at jperry@vermontcatholic.org.