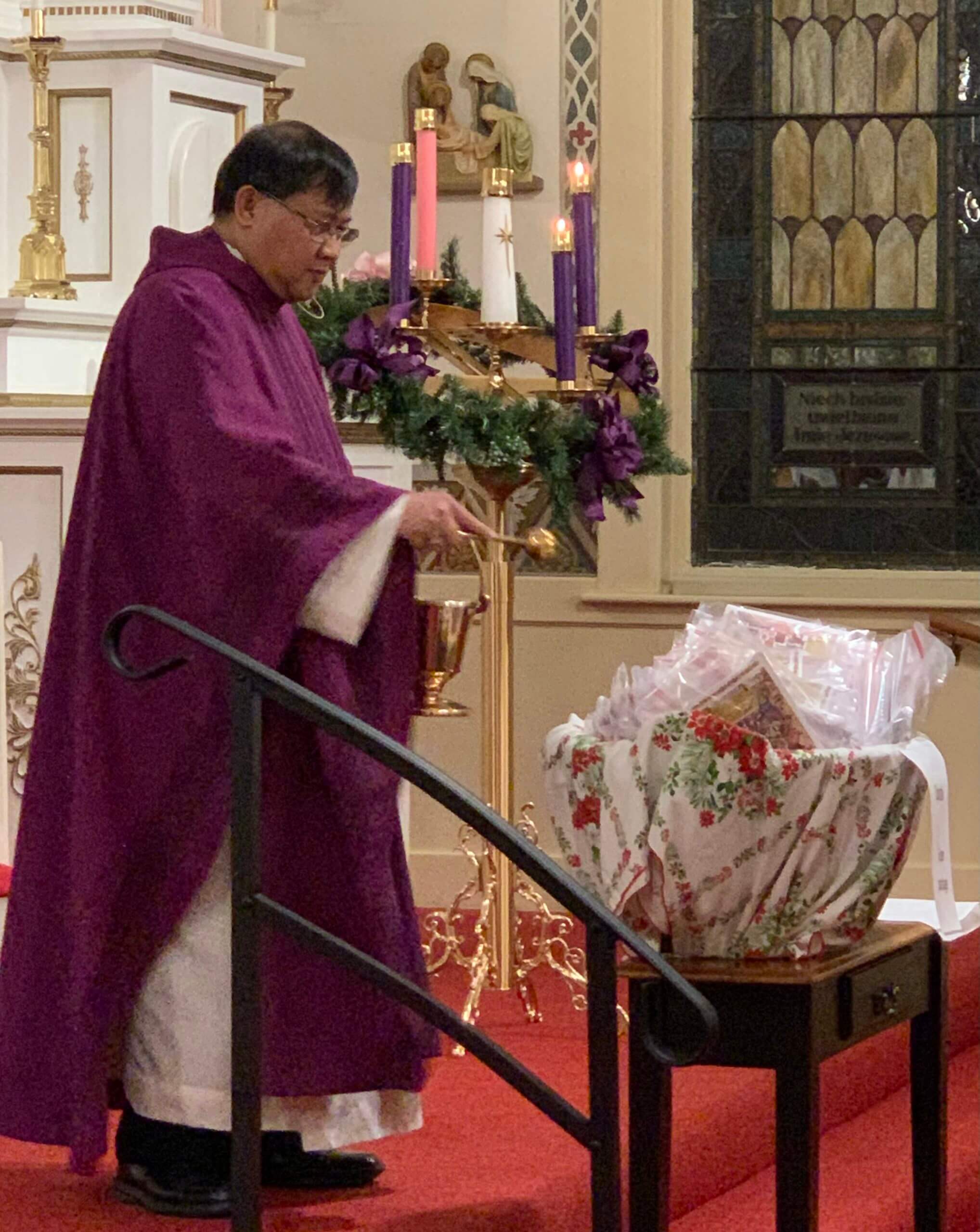 Father Avelino Vale, administrator of the West Rutland and Proctor Catholic parishes, continued the tradition of blessing the Opłatki (Christmas wafers) at Mass on Dec. 5 at St. Stanislaus Kostka Church in West Rutland.

Because of Covid-19 restrictions, members of the congregation were unable to share the Opłatki with one another as they traditionally do, but each received packages of Opłatki to share with their families on Christmas Eve at the traditional Wigilia (Christmas Eve meal).

“The meaning of our custom is the acknowledgement of the worth of the family,” explained parishioner Mary Nemeth. “Together, each year on Christmas Eve, we take time to safeguard good relationships within our family. When we break the Oplatki together, we also replicate the breaking of bread in the Catholic community. Holiday traditions, like this are central in bringing family members together.”

The spiritual lesson in this age-old custom is unity of the family, she continued: “The bond of unity is the Christ-like charity that should exist amongst the members of the family.”

An Opłatek (wafer) bears a simple design honoring Christ’s birth and is broken by the head of the family and distributed to each member at the Christmas Eve dinner. With a simple prayer for God’s grace and the welfare of the present and absent members of the family, the head family member breaks the wafer and distributes it, a piece to each one at the table. While doing so, each member of the family is wished a joyful feast. The other family members then greet one another in the same way.