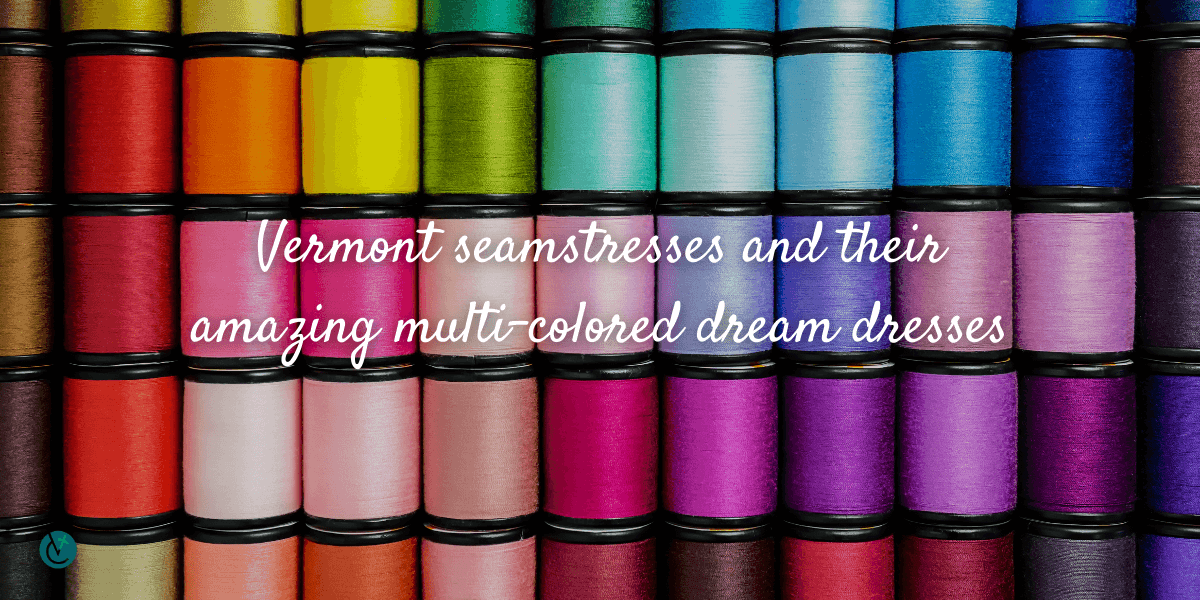 It seems that Loretta Schneider and other seamstresses have found their niche making dresses for girls and women in developing countries.

Priests from Africa and the Philippines have brought their creations to their home countries to help families in need, and more dresses are to be brought to India when a priest serving Vermont visits home.

After sponsoring a number of children in poor countries, Schneider, a parishioner of St. Augustine Church in Montpelier, saw in photographs that the clothes they wore didn’t fit them and were unappealing. “I wanted them to have something of their own, that was new and pretty,” she said. “Every little girl deserves to look pretty.”

She knew a priest from Uganda, Father Jude Sewankambo, who visited Barre to fundraise for his people. “In the spring of 2019 … I asked him if the little girls could use dresses. He definitely needed them so I spent the next two weeks sewing and sent him back with about 40 dresses,” she said.  She promised him that she would have 100 for him the following year.

She also made dresses for another African priest to distribute in Nigeria.

Father Julian Asucan, pastor of St. Augustine Church, began a similar project when he was pastor of Holy Cross Church in Colchester.

On a recent visit back to the Philippines he brought 33 dresses for girls from the Montpelier project. “Although I did not distribute the dresses to the kids myself because I gave them to the village health worker, I heard many of them said, ‘Thank You very much,’” he reported. “The kids and their parents were so grateful to know some people are thinking of them and their needs.”

Several seamstresses have contributed to the ongoing project including one from Pennsylvania who read about it in a church bulletin while visiting the area.

Schneider has made about 100 of the 150 dresses for children size 4 up to adults made so far.

Diane Morse of St. Augustine’s has made 20 dresses in various sizes. “We have so much in this country and often complain about silly things. People in other countries have so little,” she said. “Father Julian’s pictures made it even more worthwhile to see those darling children so very cute and happy in their new dresses. Makes you feel like making more!”

The seamstresses usually buy the materials for the dresses they make, though some supporters have donated supplies and money.

“My criteria were that the fabric had to be 100 percent cotton and a heavier cotton; colorful.  Each dress has to be unique,” Schneider said. “The emphasis is on quality and not quantity.  We use trims, buttons, ricrac, ribbons, bows, etc.  This may be the only new dress this little girl will ever receive and I want it to be special.”

Father Asucan told Father Thomas Aquinas of Hardwick about the dresses and he asked that we make some for girls in his native India. “I asked one of my Indian friends, and the customs are different and we had to change some of styles of dresses,” Schneider said.

She got the initial pattern for the dresses online.  Since then, she has purchased patterns for variety and also to make sure that the dresses meet each culture’s dress codes. “In in Africa the dresses can be sleeveless. In India, they have to have sleeves,” she explained.

Schneider met with the members of Catholic Daughters of the Americas Court St. Veronica in Hardwick and brought samples of dresses and patterns.  They are planning to make dresses for Father Thomas Aquinas to distribute in India.

“Each dress is made with such care and good workmanship. Every donation is greatly appreciated,” Schneider said.