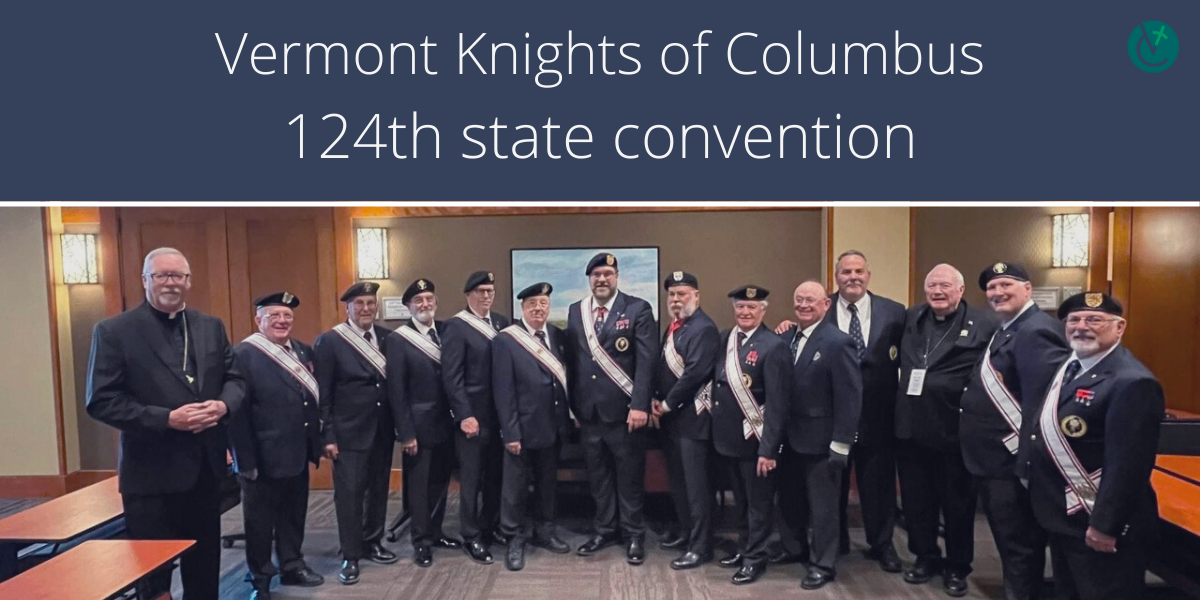 The 124th state convention of the Vermont Knights of Columbus took place May 13-15 at Jay Peak in Jay. The theme was “The Power of Fatherhood” with an emphasis on St. Joseph.

State Deputy Steve Shover addressed the 140 people at the banquet stating, “Vermont Knights donated over 72,000 hours of charitable service and over $298,000 to support charitable initiatives and programs this past fraternal year. Each council in their own right has done tremendous acts of charity, and you should be applauded for your efforts.”

Shover has been a member of the Knights of Columbus for 30 years. When he was elected state deputy two years ago, he said his main goal was to “bring God back into the Knights of Columbus in Vermont.” One of his first orders of business was to meet with each council grand knight and request that they sponsor Eucharistic Adoration at least once a month at their local parish.

Bishop Coyne acknowledged the recent $100,000 pledge to the fund made by the St. John Vianney Council in South Burlington over the course of this year.

Shover reminded the knights of the challenge he set forth in his first year as state deputy, “when one lights a lamp, they do not put a bushel basket over it. Rather they let that light shine for all to see,” he said. “I’m not asking you brothers to climb to the highest Church steeple and shout it out to the world, however, I am asking you to continue to let your council shine.”