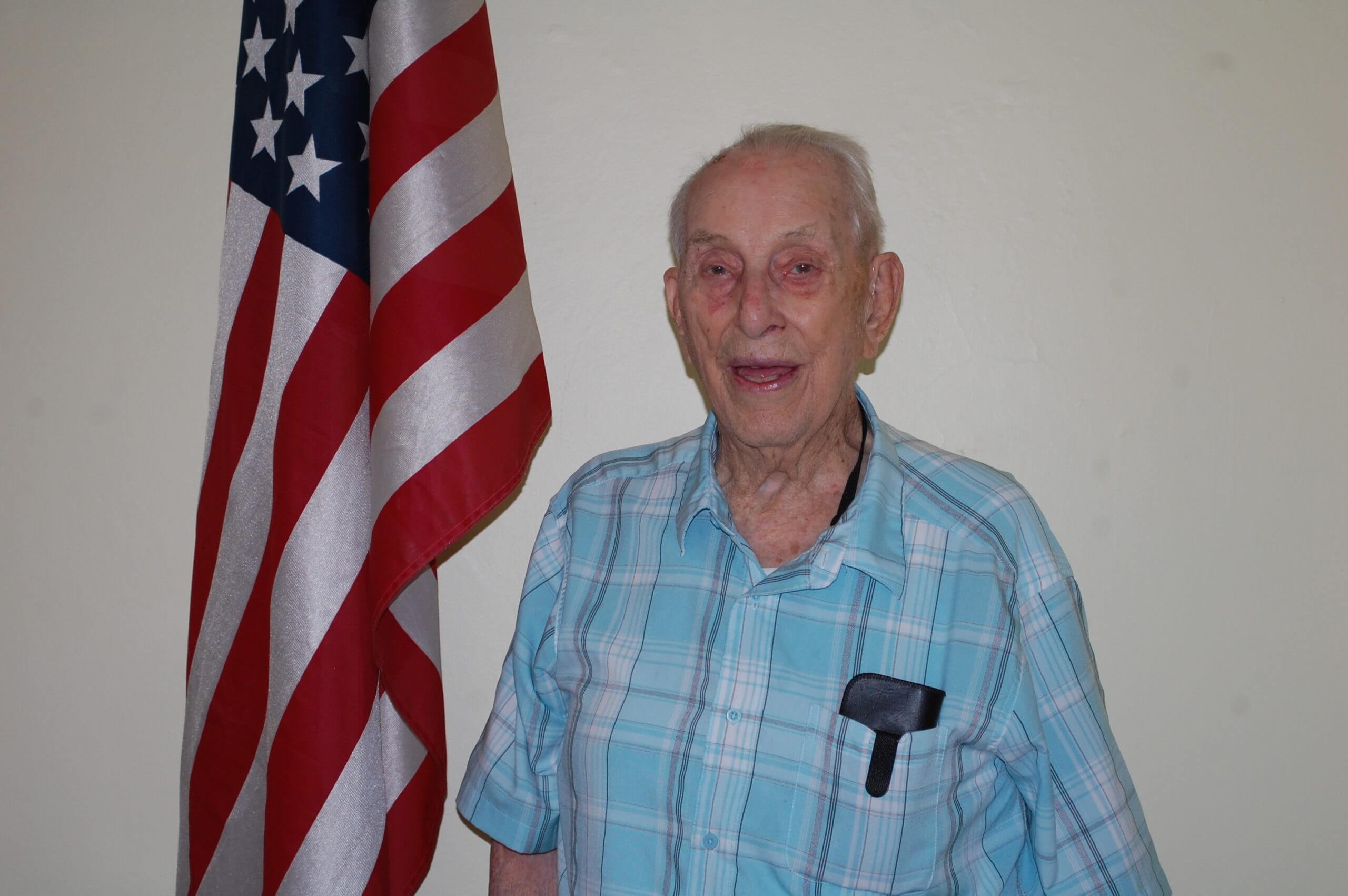 When Victor Williams was in the U.S. Army Infantry fighting in France during World War II, he was wounded in the lower back after he was ordered to a position he knew a mortar gunner wasn’t supposed to be in.

After he was returned to the fighting, he spoke up if given an order he knew was wrong. “I wasn’t going to get myself in danger because someone else told me to,” he said. “I’ll admit, I was a little rogue, but I wanted to stay alive.”

“The officers put up with me because I got them out of a couple of tight places,” he said, explaining that as a child on Long Island in New York, he had Native American friends who taught him how to crawl on the ground so slowly that he could move practically undetected “as long as you had halfway decent cover.”

The war ended in 1945, and Williams went home to New York until he moved to St. Joseph/ Kervick Home in Rutland about five years ago to be closer to his only child Virginia — and her husband, Daniel Buckley of Shrewsbury — after the death of his wife of 75 years.

The elder care home is one of four operated by Vermont Catholic Charities Inc.

Williams, a native of New York, was one of 13 children born to an engineer father and a homemaker mother. He grew up on a farm and retired as a school maintenance man who specialized in oil burners and plumbing.

The grandfather of three and great grandfather of two attributed his longevity to his hard-work ethic. “I was a workaholic,” he said, and he often looked for extra jobs helping plumbers and carpenters. “I kept moving. … I kept real active.”

He still goes fishing and to car shows with his son-in-law who also takes him on tours of the area. Recently they were fishing at Lake Bomoseen, and Williams caught a fish. “It was almost three inches long,” he said with a laugh.

He misses fishing on Long Island because he likes the salt water and the salt water fish. He keeps in his room a 10-foot pole and an 11-foot pole for ocean fishing. “Long Island Sound and the Atlantic (Ocean) are good for fishing if you know the right spots,” he said.

And though he likes his privacy at St. Joseph/Kervick Home, he enjoys the friends he has made there.

In fact, he said his best joy at nearly 100 years old is “making friends with everybody.”

He tries not to think about becoming a centenarian, and he said he “doesn’t look forward to anything; I take one day at a time as it comes.”

But he admitted he is looking forward to a 100th birthday celebration with family and friends in August.