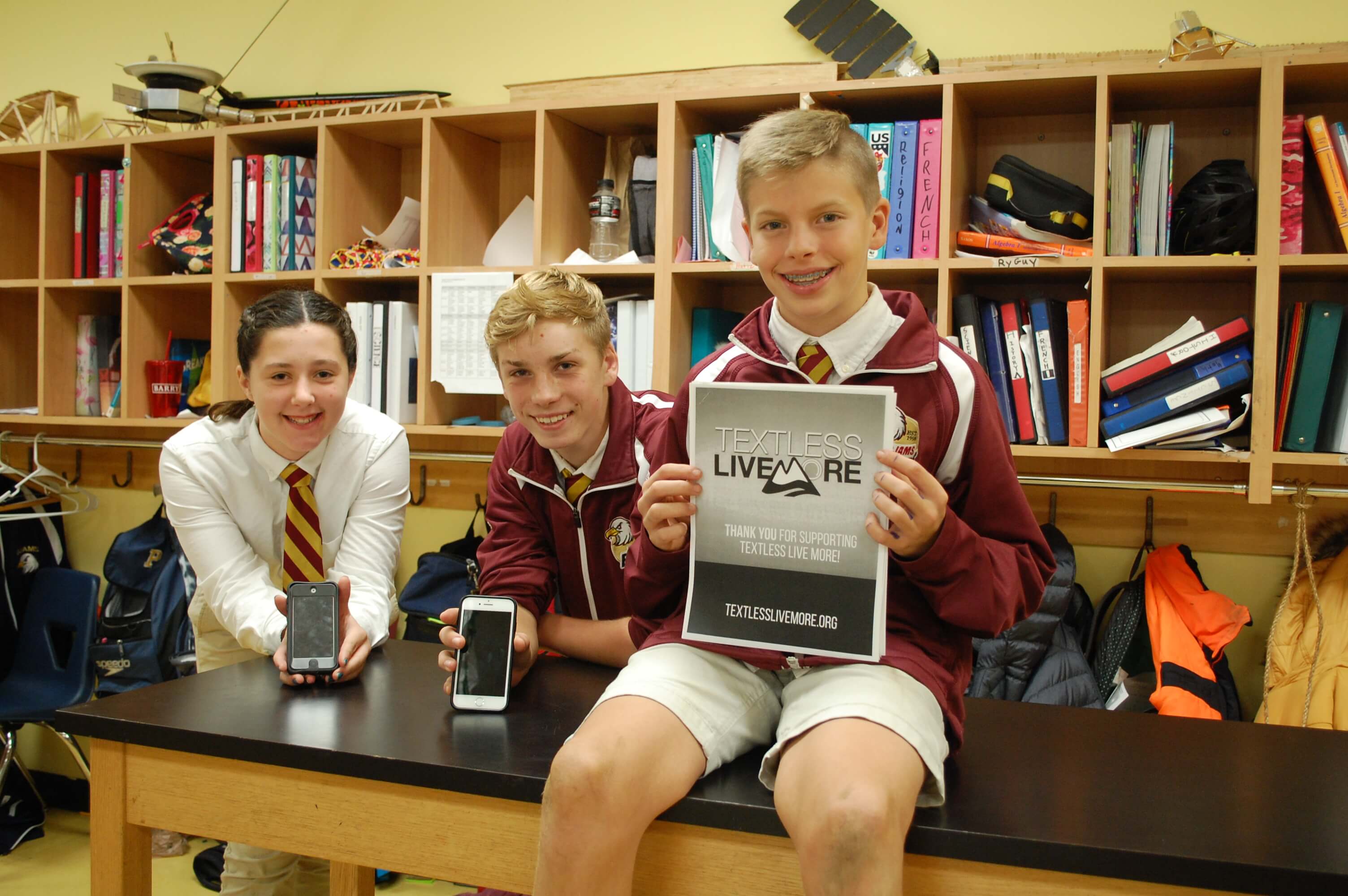 Eighth graders at The Bishop John A. Marshall School in Morrisville are hoping people will text less and live more.

That’s why they are asking people to pledge to put down their phones while driving and to avoid all activities that distract attention while driving.

“Texting or fiddling with your phone while driving increases the chance of getting into an accident by 23 times,” said Evan Gramas, 13, one of the leaders of the movement at the school whose family helped initiate the program there.

He and classmates are asking people to sign a pledge that they won’t text while driving as part of the TextLess Live More campaign, the mission of which is to end distracted driving, prevent tragic crashes and save lives.

“It has to be a serious pledge; don’t sign it just to be nice,” Evan said.

“Food can be distracting,” added Ivan Buczek, 13. So can adjusting the radio, looking at one’s self in the mirror or trying to get something out of the glove box.

“It’s about distraction, any sort of distraction,” Evan said. “A little distraction could cost a life or multiple lives,” Ivan added.

TextLess Live More is a student-led, peer-to-peer, national awareness campaign founded by friends of Merritt Levitan, an 18-year-old who lost her life in 2013 to a distracted driver who was texting behind the wheel.

“This is really important,” Evan said, calling it a respect life issue. “It’s not just about texting less, it’s about living more.

According to the TextLess Live More website, by embracing its philosophy to “live more,” people have the opportunity to experience the joys of life in real-time with others. “We celebrate TLLM’s Live More message by voluntarily putting down our devices and taking a break from the virtual world to learn — or relearn — how to interact and enjoy life around us,” it says.

The National Safety Council, reports that 25 percent of all auto collisions involve cell phones. The Centers for Disease Control and Prevention report that each day in the United States, more than eight people are killed and 1,161 injured in crashes reported to involve a distracted driver.

Bishop Marshall eighth grader Halie Ladue, 13, said the older students conducting the campaign are role models for younger students. “If they see us telling people not to text and drive, they’re going to tell others.”

“Stop using your phone” while driving, Ivan added. “Nothing is so important that you put your life at risk.”

For more information, go to textlesslivemore.org.