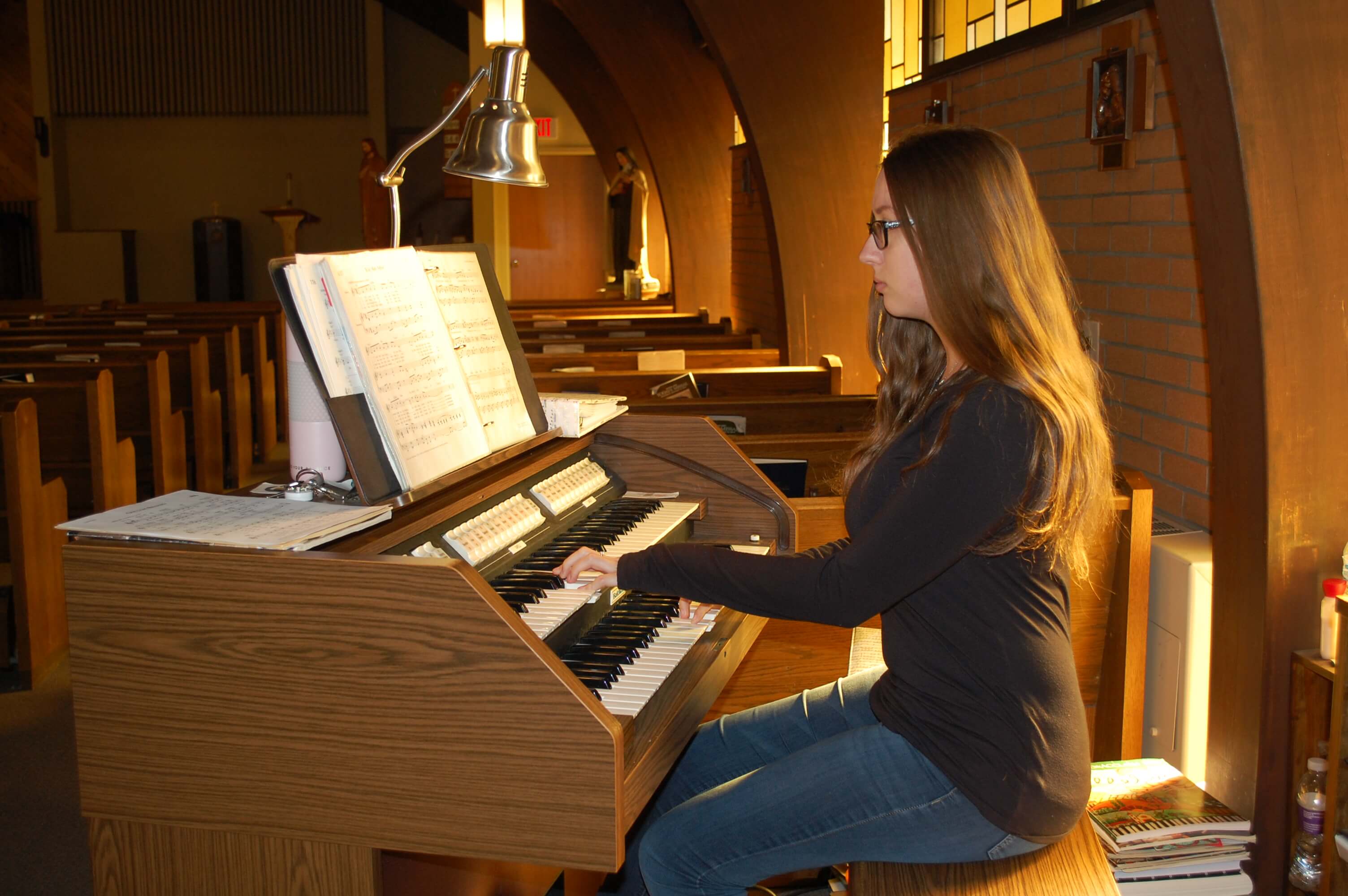 Jessalyn Mumley, 18, the organist at St. Louis Church in Highgate Center, doesn’t have a favorite composer or a special song she likes best. But she speaks with certainty when she says that the type of songs she likes to play best in church are communion songs: “They tend to be prettier and are about the Eucharist,” which is important in her life.

A senior at Missisquoi Valley Union High School in Swanton, the daughter of Lisa and Michael Raymond of Highgate Center has been involved with music since the fourth grade when she began playing the clarinet, a choice she made based on a cartoon character.

Later, when the church organist was looking to take on a student, Mumley took up the offer, beginning organ lessons at age 10. Later that year she became a church organist; she has been the only one at St. Louis Church since 2012. “I saw a need that needed to be filled,” she explained. “I was raised here and grew up here, and people are basically family. I wanted to help out and do what I could do for the church.”

She said she has often been told that using her talents to serve God is the best thing she can do with them.

Mumley, who has an older brother and a younger brother, volunteers as the organist on Sunday mornings at St. Louis Church and is a paid substitute organist at Nativity/St. Louis Parish’s other church, Nativity of the Blessed Virgin Mary, in Swanton. She has been a kindergarten religious education teacher and is currently an aid in the program.

“I didn’t see confirmation as a finish line [for her own religious education] but more of a way for me to use my faith to help others,” said Mumley, who directs the St. Louis choir — which includes children — each week.

A member of her high school wind ensemble and pep band, she takes Advanced Placement courses and is an honor roll student. She teaches piano and likes to read and swim.

She plans to attend a Catholic college where she will major in physics and get involved in music ministry.