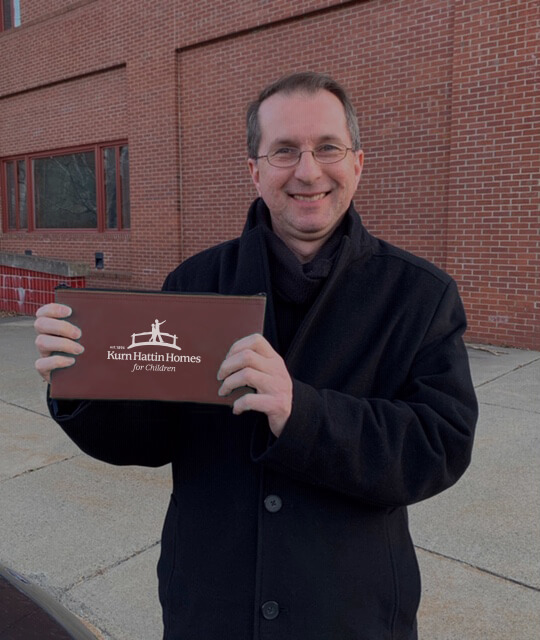 Father Lance Harlow, rector of St. Joseph Cathedral in Burlington, created the St. Nicholas Project after many years of involvement with Kurn Hattin Homes for Children in Westminster, a charitable, year-round, residential home and school for children, ages 5-15, from throughout the Northeast.

The St. Nicholas Project is a collaboration between the Catholic community in Vermont and Kurn Hattin Homes that provides material and financial support to assist Kurn Hattin in its mission of transforming the lives of children and their families forever.  Since 2015, the St. Nicholas Project, with Father Harlow’s guidance, has initiated many successful fundraising efforts including a winter coat drive and a back-to-school fundraiser to obtain donations for the purchase of shoes for the children.

The St. Nicholas Project is named after St. Nicholas, the patron saint of children, who was renown during his lifetime for his charity toward children and families in need.

This year, inspired by the national pandemic that has created such a hardship for so many of the children and their families, Father Harlow and the St. Nicholas Project donors have once again stepped up to help.

During one week at the end of March and early April, members of the group mounted a campaign to seek donations that would provide a fund to purchase gift cards for food and gas for families of the Kurn Hattin children.  Since the children are temporarily back at home with their families during this unprecedented time, food and gas purchases have become challenging for many. After sending more than 600 letters to potential donors throughout Vermont and beyond, more than 180 donations have been received from individuals, businesses and Knights of Columbus councils in Vermont. The total raised to date has exceeded $24,000, and gifts continue to arrive each week. They have come from Vermont, New Hampshire, Massachusetts, New Jersey, Connecticut and New York.

This success comes as no surprise to those who have observed Father Harlow and his ceaseless efforts on behalf of Kurn Hattin for the past 15 years. When he was presented with the organization’s 2017 “Charles Albert Dickinson Award,” the words on the proclamation summed up the depth of his commitment to the organization and especially to the children: It was awarded “for his unwavering dedication to Kurn Hattin, his untiring support of our children, his spirit of graciousness in all matters and his spreading the good news of Kurn Hattin Homes throughout the state of Vermont and well beyond.”