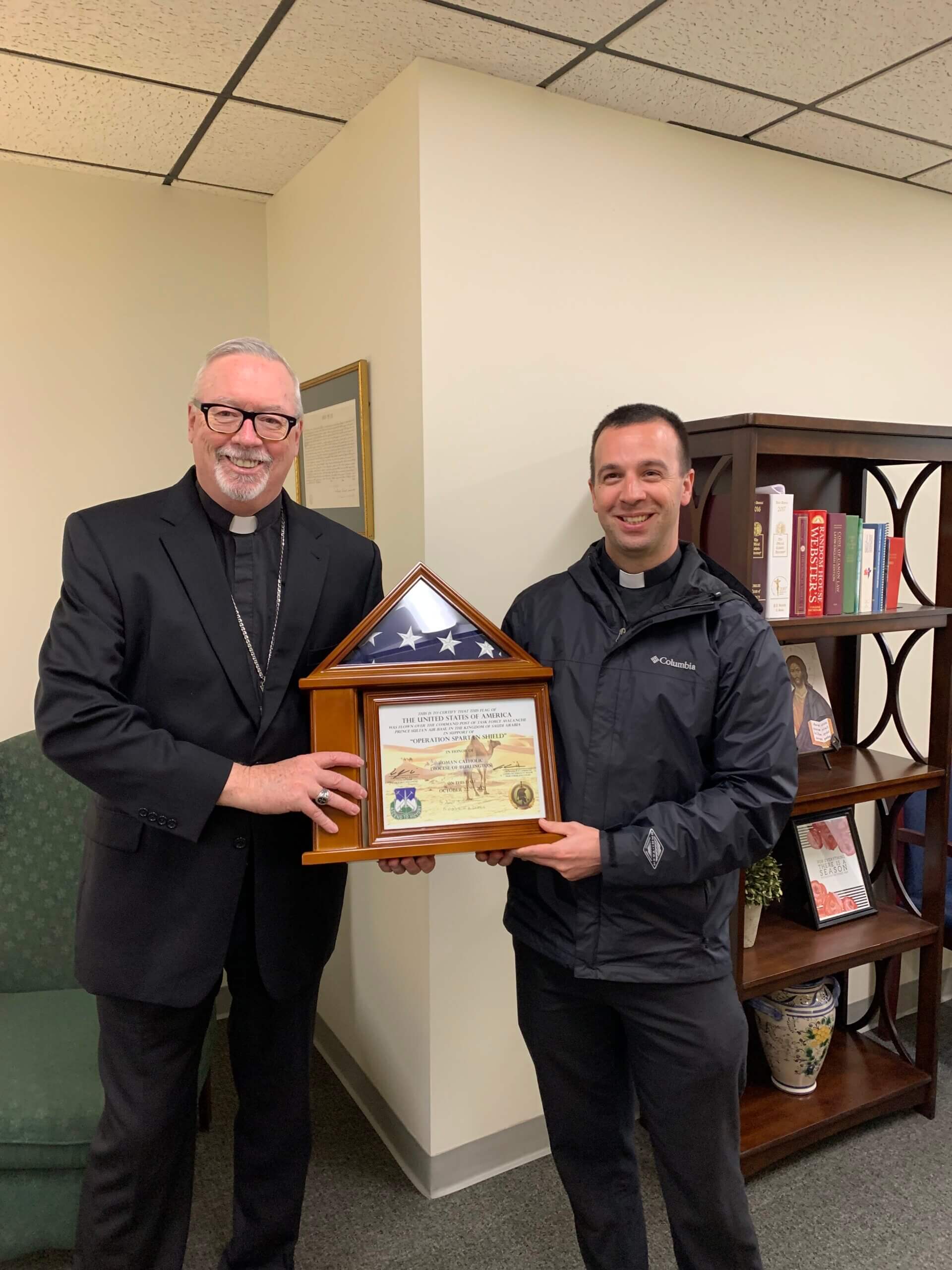 The Diocese of Burlington recently received an American flag that was flown over the command post of Task force Avalanche, Prince Sultan Air Base, in the Kingdom of Saudi Arabia in support of “Operation Spartan Shield.”

Father Scott Gratton, pastor of Our Lady of the Angels Paris in Randolph and Our Lady of the Valley Parish in Bethel, is a Vermont Army National Guard chaplain and served with the 3-172 Infantry Mountain Battalion last year in the Middle East. He presented the framed flag and accompanying plaque to Burlington Bishop Christopher Coyne.

“Father Gratton’s service as a chaplain in the Armed Forces reminds us that we are part of a great nation,” the bishop said. “While it is a sacrifice for the Diocese, especially when he is called to active duty, it is one that the Catholic Church in Vermont remains committed to.”

Father Gratton, one of the youngest priests of the Diocese of Burlington, left his parishes in January 2021 and returned from active duty in December; he remains active in the National Guard.