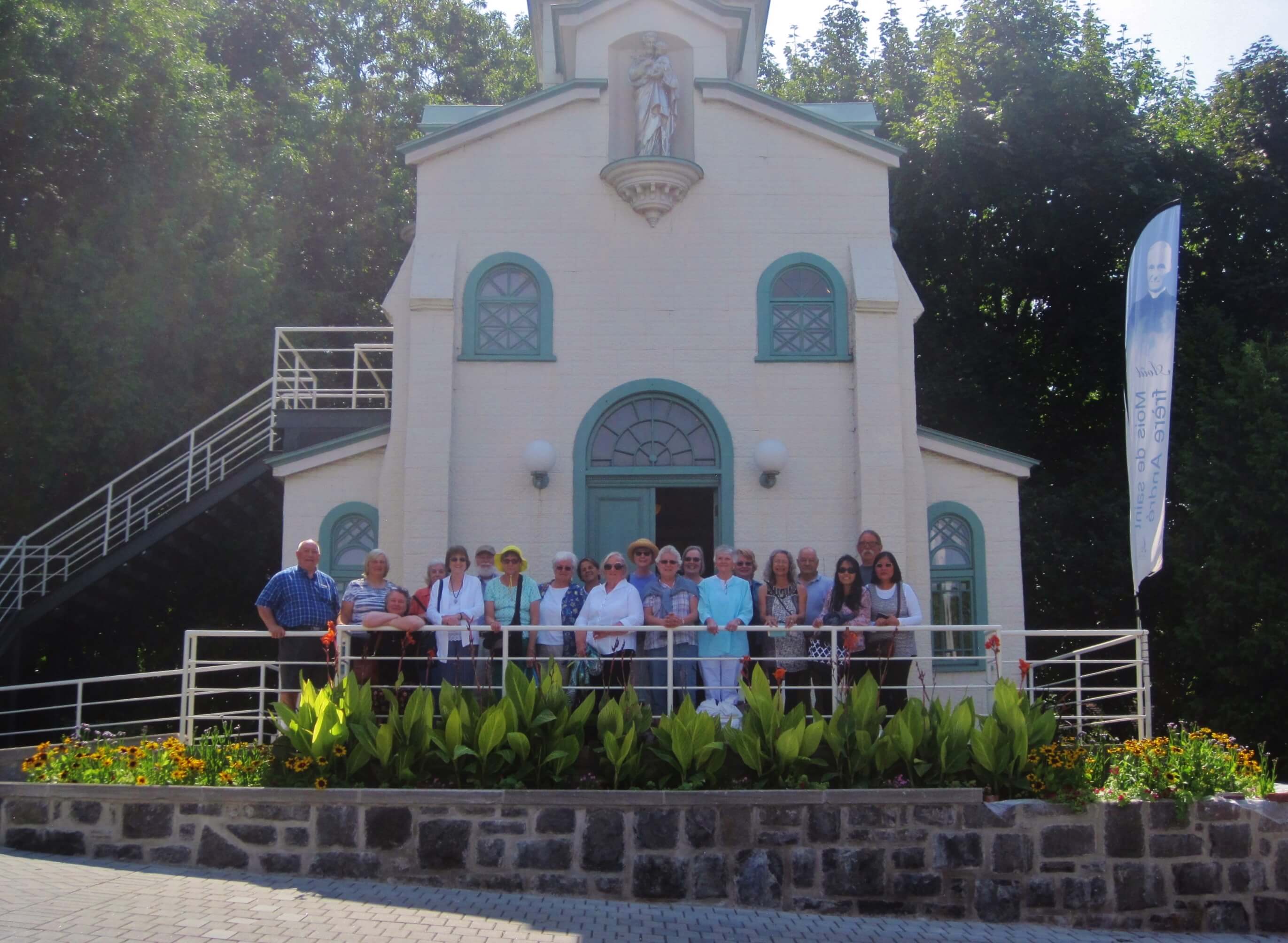 Parish pilgrimage a time of renewal and education

The Most Holy Name of Jesus Parish pilgrimage Aug. 25 afforded a group of about 25 people the opportunity to visit the Shrines of Montreal; the pilgrimage has taken place annually for about 20 years.

This year’s pilgrimage, sponsored by the Morrisville-based parish, included St. Joseph’s Oratory, Notre Dame Basilica and Notre-Dame-de-Bon-Secours Chapel or Mariners’ Church – each a unique place of worship with their own extraordinary histories.

Deacon Tom Cooney, who oversees the pilgrimage, said the experience included tours of the shrines with opportunities to learn about the history of each church and for private prayer and reflection as desired.

Father Francis R. Privé, Most Holy Name of Jesus pastor, described the pilgrimage as “a very wonderful experience … a learning experience,” which yearly provides pilgrims with insights into the role each church plays as “an expression of the faith community.”

Over the years, Deacon Cooney, with his wife, Connie, have developed hand-outs with historical information on each church, which are distributed to pilgrims on the bus in preparation for their visits to these sacred places.

St. Joseph’s Oratory of Mount Royal, or Oratoire Saint-Joseph du Mont-Royal, was founded by St. Brother André Bessette of the Congregation of the Holy Cross. It began as a small chapel, the Chapel of Origin, and has become a basilica, national shrine and largest church in Montreal.

The Notre-Dame Basilica, a magnificent church in Gothic Revival style, is tied to the history of Montreal, its Catholic foundations and the connections between governance, schools, arts and religion.

The Notre-Dame-de-Bon-Secours Chapel (Our Lady of Good Help), first built in 1655 through the encouragement of St. Marguerite Bourgeoys, eventually became a pilgrimage site for sailors arriving in the Old Port of Montreal.

Tradition, said Deacon Cooney, relays the story that sailors, grateful to the Blessed Virgin Mary for safe journeys, donated whale oil to the chapel to keep the sanctuary light burning, and, to this day, make donations to keep electric lights burning as well.

For Father Privé, a pilgrimage is “an educational and renewing experience,” with both elements being essential, particularly in this time of dwindling numbers in the Church. Commenting on the large numbers of pilgrims he’s encountered, including families and many from other cultures, he said, “People have not lost their faith.”

Though their religious practice has waned, “some people of faith will remain in the Church, and be renewed in that faith,” Father Privé said, noting, “Unless you inquire or pursue the various aspects of the Church yourself, you are not going to get much out of it.”

Pilgrimage, like visiting the Shrines of Montreal, provides such an opportunity for inquiry. Said one pilgrim, moved by the unique beauty of each shrine, “You can almost see the faith that moved them to build these churches.”

Connie Cooney noted that the value of the pilgrimage also included that time when pilgrims “travel together on the bus, getting to know each other and to discuss what they have experienced, all as members of a parish community.”

“The Church is not one building, it is the people,” Deacon Cooney said. On pilgrimage, his wife said, “we become connected to the people, the ones who built the churches, served the sick when there were plagues, taught in the schools, served the poor. It’s all about what they gave to the community in the name of God.”

The new superintendent of Catholic schools for the Diocese of Burlington plans to weave her [...]