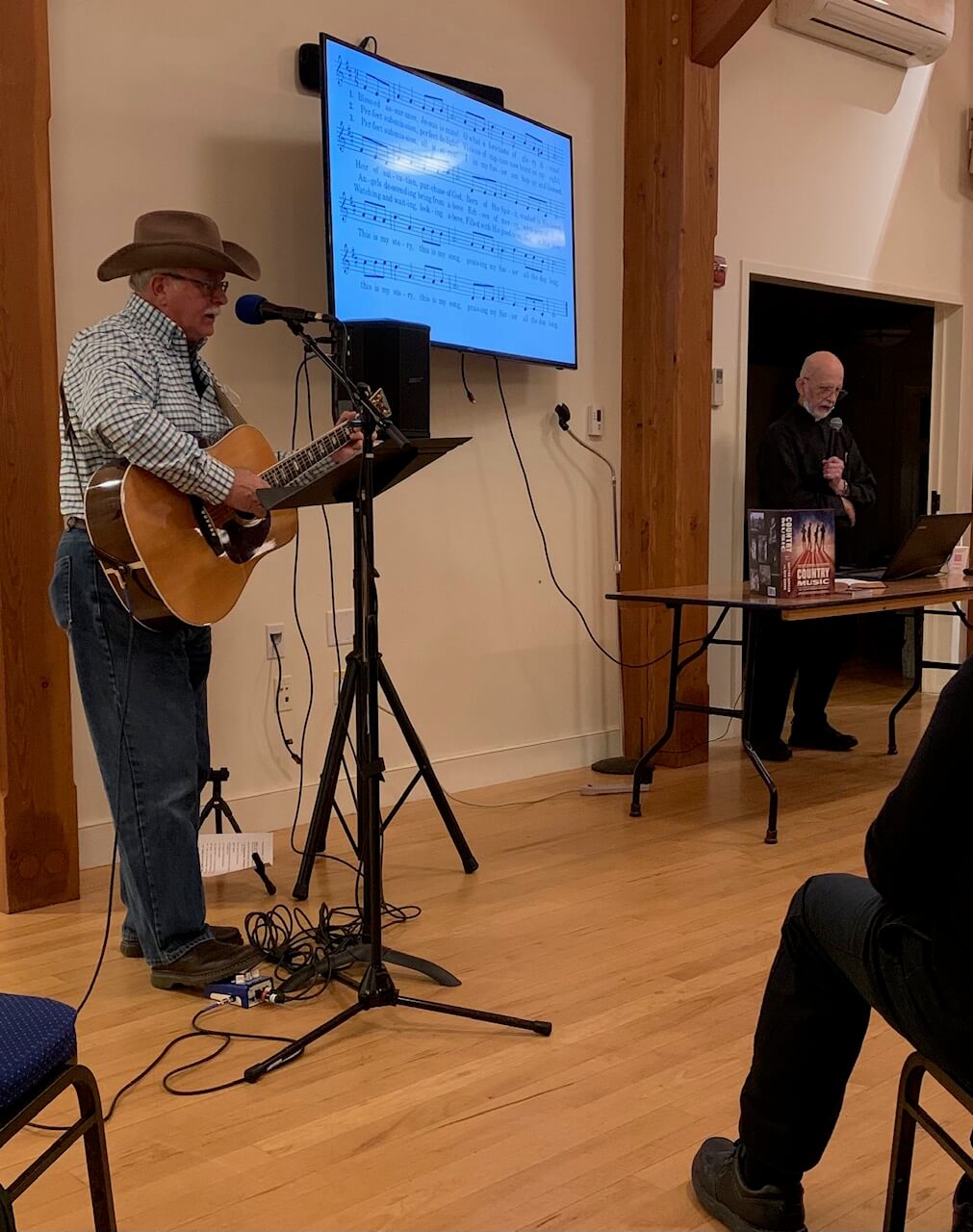 ‘Not just heartbreaks and honky-tonk’

Edmundite Father Richard Berube, a professor emeritus of religious studies at St. Michael’s College in Colchester, and Jeff Firlick, music minister, presented a well-received program on “Not Just Heartbreaks and Honky-Tonk: Country Music and Sacred Space” on Oct. 28.  at Robideau Hall on the Holy Family campus of the Essex Catholic Community. The event was inspired by Ken Burns’ PBS series on country music.

The topic was an usual one for Father Berube who has a doctorate in theology from Catholic University. He pointed out that of all contemporary music, country music most often has religious themes especially of loss and redemption.

More than 50 people attended the interactive presentation with music lead by Jeff Firlick.

Father Berube will continue presenting at the same space with a two-part series on St. Luke, the Gospel of the new liturgical year, beginning in Advent.

Details can be found in “The Inland Sea.”