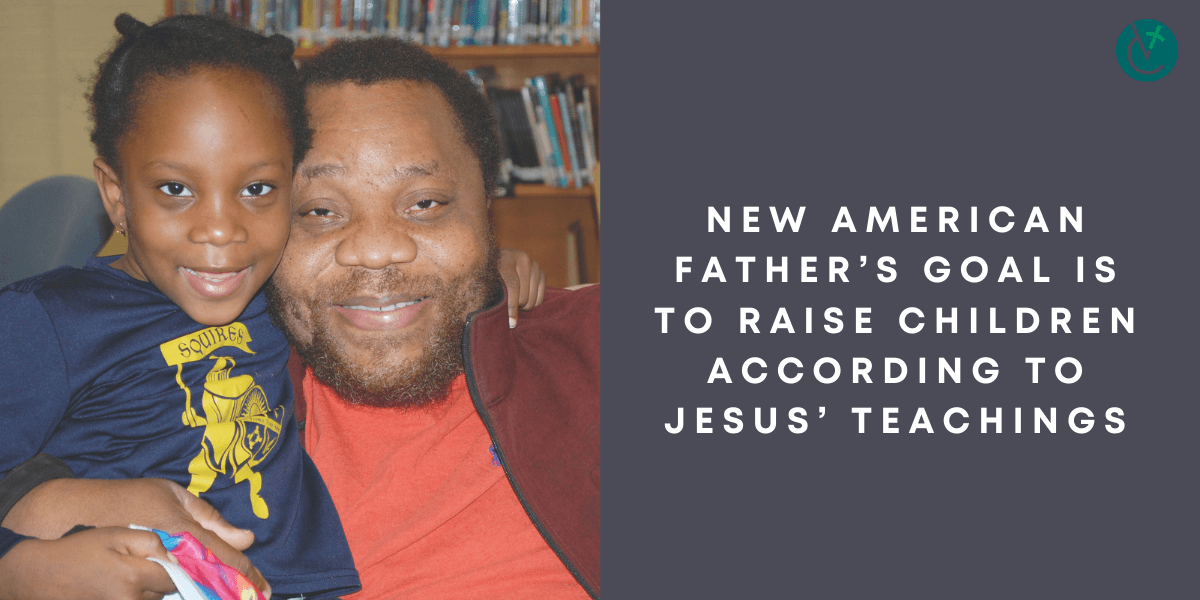 One of the best times of the day for Fabrice Mensah is when his 5-year-old daughter and 3-year-old son wake him up in the morning. “You can see the joy on their faces, and they are happy to wake up too,” said the Winooski father who was born in France and raised in his parents’ native Benin.

Raising his own family with his wife, Edwige, he is clear on what he wants for Hope and Godwin: That they be raised according to Jesus’ teachings, that they have the benefits of being an American and that they can receive a higher education without interruption.

Mensah, 44, is the son of Beninese government workers who were sent to France to study and returned home with their young son. He was educated in Benin but returned to France to earn a bachelor’s degree in biology and a master’s in molecular biology. While there, his girlfriend back home, Edwige, won a lottery for a U.S. visa and came here, but he remained in France for two years teaching high school biology.

He moved to Winooski in 2013 to marry her, and in 2015 he began work in custodial services at the University of Vermont while he pursues a master’s degree in public health. Edwige, 44, is training to be a nurse.

Since Mensah was a child, he wanted to follow in the footsteps of his father: “He was a biologist. I am a biologist. He was a father. I am a father.”

He was 38 when Hope was born, and he calls her and her brother a “benediction,” a blessing.

Mensah does not want his children to forget their Beninese roots; he took them there to visit family last year and hopes to bring them every three years. He and his children have U.S., Beninese and French citizenship and are multilingual (English, French and Fon). Knowing other languages will help them in their studies and allow them to live where they want, he said.

One of the things Mensah likes to do with his children is cook Sunday breakfast, usually eggs and an African dish. They like to take walks, go to the park and visit friends in Montreal when they can. Sometimes when he is tired, his children rejuvenate him.

The family is part of a small community of African families in the Winooski area, and the parish/school community is also integral to their life; the family has found support when they need it, sometimes with transportation, for example.

Mensah’s advice for fathers here from other countries is to ensure their children have an appreciation for both their native and the American cultures and to listen to them. “If you don’t listen to your children, I think you will have a big fracture with them,” he said. “Communication is very important.”

And so is faith. “Church teachings [like the Ten Commandments and the bible] can help you raise your children,” he said. They foster good behavior, and the presence of people from a faith community is helpful.

“Being a dad is a good experience,” he said, even when his children wake him up early.