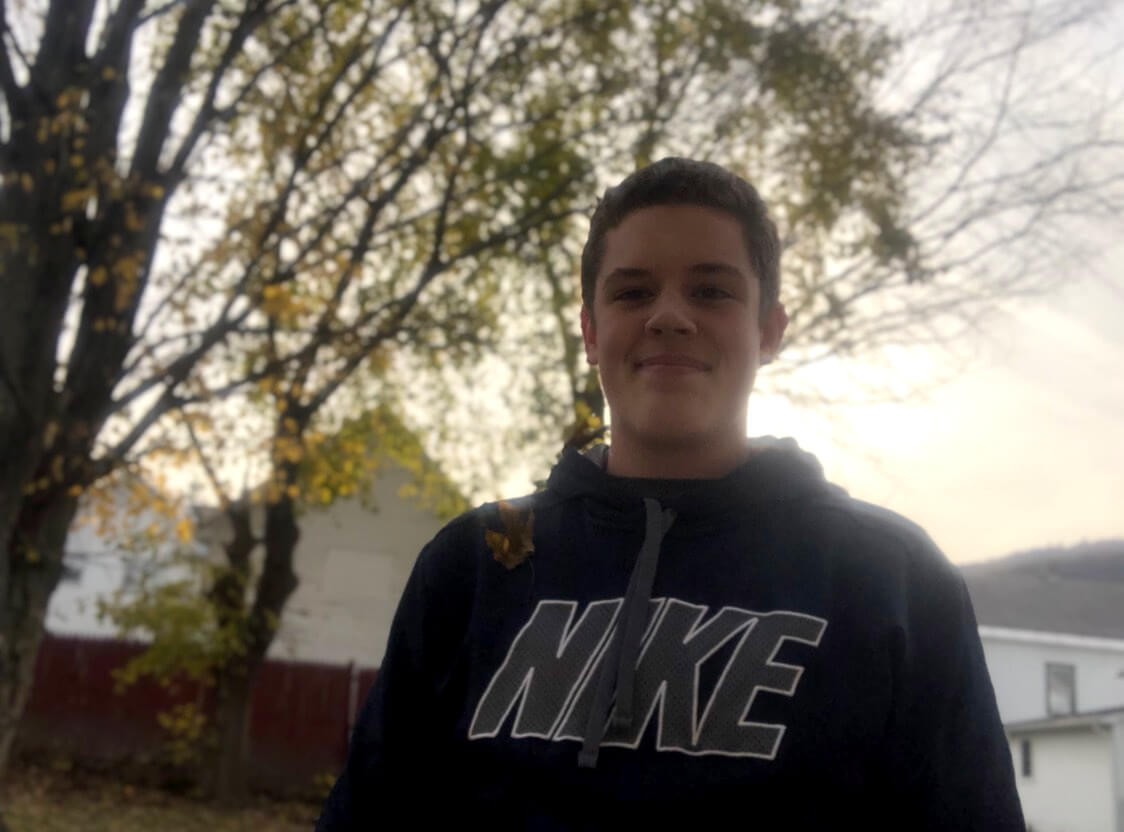 If you talk to Mount St. Joseph student Devon Bathalon for any amount of time, you will hear several themes emerge: kindness respect, service.

He doesn’t just talk the talk; he backs every bit of it with action. Devon, a freshman at the Rutland Catholic high school from West Rutland who attended Christ the King School in Rutland, is active in the MSJ community and as a volunteer in the larger Rutland community.

When he’s not in class or participating in basketball or soccer at MSJ, Devon volunteers his time at Rutland Regional Medical Center, where he completed more than 300 volunteer hours in 2018.

Devon was named the MSJ student of the month for November 2018. He was cited for his effort in academics as well as for his kindness to staff and students.

“The reason Devon was nominated was his hard work in overcoming adversity in one of his classes. He was commended for seeking out help and putting in the extra time that was needed to succeed,” Assistant Principal Phil Hall said. “Devon is very kind to staff and peers. He sets an example for all of our students, and his extra effort in academics is appreciated.”

“It’s a small community and you get to know everybody. It’s a good place to be. My teachers help me succeed and work hard. I like everybody in this school,” he said. “Also, being kind and respectful to other people — I try to be that way for everybody.”

“Whenever I have had even the smallest problems, Coach Hall is able to help me with them. He is always there if I need anything, and it’s good to have someone like that.” Devon said. “Mr. P. is very understanding and allows me to go into the music room whenever I want. He’s just a really good teacher.”

Devon said his musical skills have improved since beginning at MSJ, including beginning to learn to play the piano and improving his singing in chorus. It might just be that he is a performer at heart. He was recently part of the MSJ Drama production, “The Monologue Show,” and played the Beast in Christ the King School’s “Beauty and the Beast” last year.

After high school, Devon wants to be a registered nurse and work in surgical care or the emergency room.