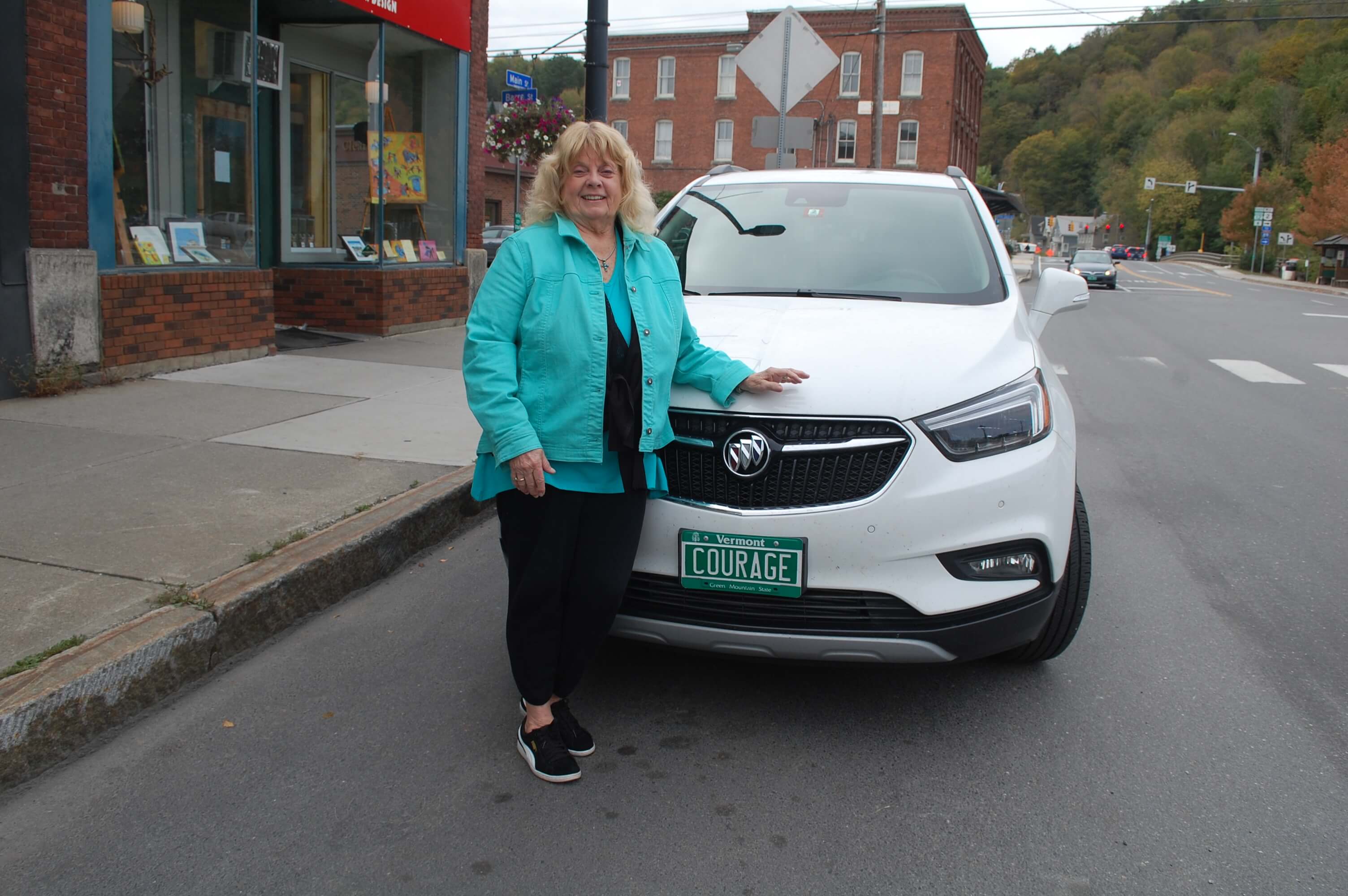 It was the topic of a conversation she had with a student at Kurn Hattin Homes for Children in Westminster when he helped her unload donations collected by Catholic Daughters of the Americas Court St. Augustine #976 in Montpelier, of which she is the regent. “We talked about the importance of courage in life,” she said. “It takes courage to do things differently sometimes.”

Bjornberg and other members of the Catholic women’s group have adopted Kurn Hattin as one of its charities.

More than 100 boys and girls, ages six to 15, attend the residential school. They come from throughout the Northeast when their families, for whatever reason, are unable to care for them and meet their needs, whether temporarily or for a longer period.

Kurn Hattin provides a safe home and a nurturing environment where boys and girls from disadvantaged backgrounds or adverse family circumstances can live, learn, grow and thrive, while their families get the support and help they need. Kurn Hattin’s aim is to work with the whole family with a view to reunite children with their parents for a better future.

One of the school’s staunchest supporters is Father Lance Harlow, rector of St. Joseph Cathedral in Burlington and a former pastor of St. Charles Church in Bellows Falls. (Kurn Hattin is in the latter parish.) When Bjornberg heard one of his presentations about Kurn Hattin at a Catholic Daughters convention last year, she was impressed and wanted to learn more.

Later she spearheaded a court “Sock Drive and Other Gifts” collection for the school, garnering 209 pairs of new socks as well as new games, dolls, hats, gloves, greeting cards, crayons, barrettes and bows for the children. “My car was just loaded with stuff” when she delivered the gifts before last Christmas, she said.

There she was impressed with the homey “cottage” residences. “I felt safe there,” she said. “It’s such a great place I really want our court to be supportive.”

Kurn Hattin’s founder Charles Albert Dickinson grew up on a farm in Westminster. He worked with homeless and neglected boys while serving as pastor of Berkley Temple in Boston in the late 1800’s.

In keeping with Dickinson’s original mission, programming at the school focuses on academic preparation, extracurricular and community involvement and social skills necessary for success in life as well as providing a stable home atmosphere and essential emotional support, enabling youth to grow up to be active members of their communities and make positive contributions to society.

Loretta Schneider, a member of the court and a former regent and former state regent, said the court has long been supportive of children, having sponsored a Junior Catholic Daughters camp, a school supply drive and other endeavors for youth. “Maybe that’s because most of us are mothers and grandmothers,” she said with a gentle smile. “This is our future, the children.”

Added Bjornberg, “It’s important to do this [support Kurn Hattin] because we are Catholic.”

For more information about Kurn Hattin, go to kurnhattin.org.