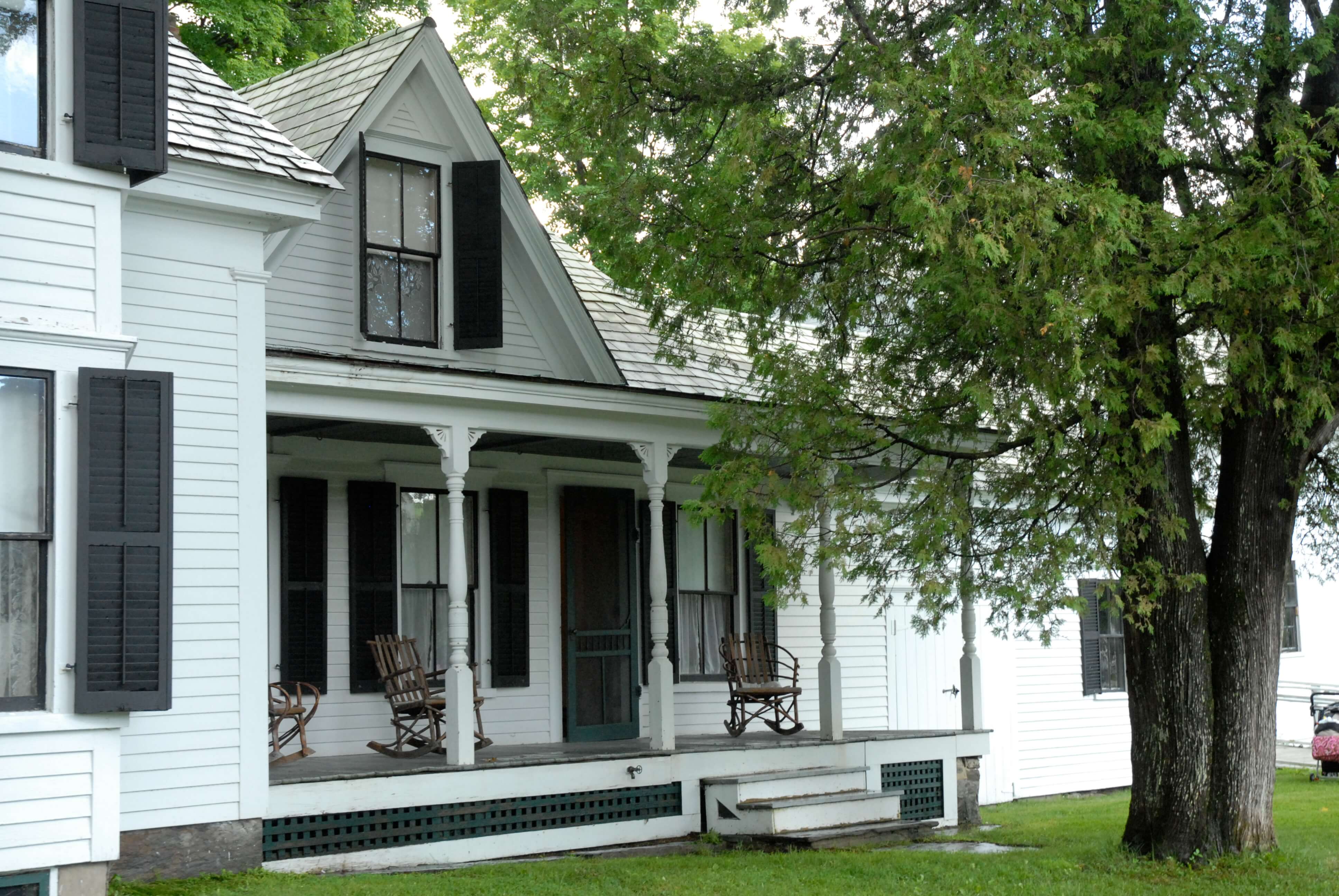 Photo Credit: Jim Eaton - The Coolidge Homestead is where Vice President Calvin Coolidge was sworn in as the 30th president of the United States by his father.

Make a day of it: Ludlow

You can take a step back in time when you visit the Ludlow area and make a stop at The President Calvin Coolidge State Historic Site.

It’s one of the must-see sights in the Windsor County area.

The site is “regarded as one of the best preserved presidential sites in the nation,” said William Jenney, regional historic site manager. Here, in 1923, Vice President Calvin Coolidge, a Vermont native, became the 30th president of the United States when he took the oath of office in the sitting room of this modest frame and clapboard farmhouse. President Warren Harding had died a few hours earlier, and Coolidge’s father, a notary public, administered the oath. The homestead appears almost exactly as it was on the night of the inauguration.

The historic site preserves many of the historic buildings that Coolidge knew in his youth: his birthplace, his boyhood home, the church he attended, the homes of relatives and friends and the hall above his father’s store, which served as the 1924 summer White House office. Coolidge is buried in the town cemetery.

“If you want to see how an old-time Vermont village looked like, this is the place to come,” Jenney said.

Many activities at the site are designed for families and children.

The Richardsonian Romanesque structure built in 1888 was listed on the National Register of Historic Places in 1972 for its architectural and historic educational significance.

Exhibits include Main Street Ludlow, circa 1899; a Ludlow Home, circa 1870; and a barn exhibit created in 2009 by students from Ludlow Elementary School based on research of area barns. The restored classroom was created as a permanent exhibit in 1978.

Okemo State Forest is one of southeast Vermont’s largest state forests and is home to the 798-acre Terrible Mountain Natural Area.

The paved Okemo Mountain Road is one of the most popular attractions in the forest providing motorists, hikers and bikers access to the mountain summit and hosting special events such as sports car hill climbs. Hiking is popular on the 3-mile Healdville Trail that accesses the summit of Okemo Mountain and the refurbished fire tower that provides 360-degree views.

Father Thomas Mosher, pastor, enjoys taking afternoon walks nearly at the summit of Okemo. He laughs when he says he usually walks about a mile saying the rosary while his German Shepard, Emma, walks at least a mile and a half.

He also likes to take the dog to sit near one of the small lakes along Route 100. “It’s lovely, accessible and free,” he said of some of his favorite spots for reading.

In early years of the Vermont Church only a few Catholics lived in Ludlow and attended Mass in Proctorsville, but the priest there occasionally celebrated Mass in Ludlow. In the summer of 1876 land was purchased for $500 and a church was built in Ludlow. The newly constructed church was dedicated on Memorial Day in 1877, and the rectory was built in 1893.