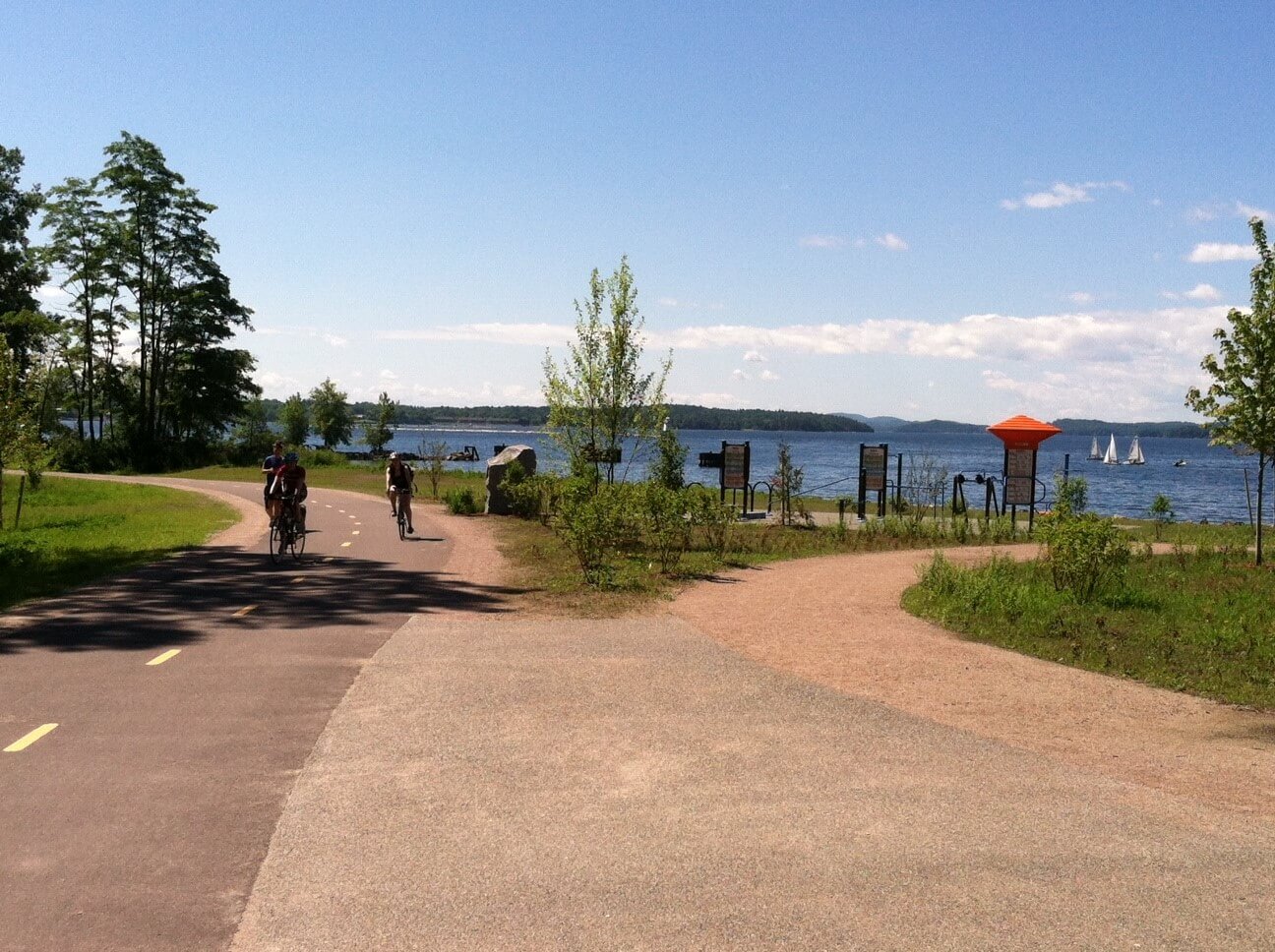 Photo Credit: Submitted photo - Users of the Burlington Greenway can enjoy impressive views of Lake Champlain, the Adirondacks and the city; it is accessible from numerous points including the Burlington waterfront.

Make a day of it: Burlington

Vermont’s Queen City, Burlington, is the state’s largest city, offering all kinds of recreational, educational, inspirational and economical activities for families, friends and individuals. From picnicking near Lake Champlain, to visiting educational facilities, to shopping and biking, a day here has something to offer everyone, including Mass at The Cathedral of St. Joseph, Vermont’s newly designated cathedral. Many points of interest in the city can be accessed easily by bicycle.

The Cathedral of St. Joseph Parish is a French-Canadian “national parish,” the oldest national parish in New England. Founded in 1850 the current church was inaugurated on Easter Sunday, 1887. The church was named a co-cathedral in 1999 and a cathedral earlier this year.

It is the largest church in the Diocese of Burlington with a seating capacity of more than 1,200 people. “The interior architecture of St. Joseph replicates the Chapel of the Palace of Versailles in France, reflecting both Renaissance and Neo-Classical traditions,” explained Father Lance Harlow, rector. “The architect, Clerics of St. Victor Father Joseph Michaud, was an architect for numerous churches and convents in Canada, including the Cathedral of St. James in Montreal. The [Burlington] church, therefore, has a distinctively Canadian-Quebecois architectural feel.”

The cut, grey stone for the exterior of the church came from Isle LaMotte, and the redstone exterior came from the Redstone Quarry off Hoover Street in Burlington. The long, curved windows in the upper church are Canadian in style, and their

medallion inscribed in French mentioning the name of the society or individual who made significant donations to the building of the church. The large Stations of the Cross spanning the length of both walls in the upper church were purchased in Paris and were installed in 1889.

The best time to visit the church is during Mass times — or call to make an appointment.

Converted from the Central Vermont Railway to a bike path in the 1970’s, this trail crosses through beaches and parks and offers impressive views of Lake Champlain, the Adirondacks and the city. Access it from numerous points including the Burlington waterfront.

This modest farmhouse was the last home of General Ethan Allen, Vermont’s revolutionary hero. He built it and died here. His daughter, Fanny Margaret Allen, converted to Catholicism and became a Religious Hospitaller of St. Joseph. (The former Fanny Allen Hospital in Colchester was named for her.) This historic site overlooks the Winooski River and has great views and walking trails. It offers living history events and lectures on Vermont and New England history. This is an interesting place for people of all ages to visit in the Year of the Family, because, as Museum Director Dan O’Neil said, “you can learn about what life was like for an 18th-century farm family.”

North Beach is Burlington’s largest beach; rent kayaks, canoes and stand up paddleboards here. North Beach is located off of North Avenue and has a campground for overnight rentals.

Blanchard Beach is a sandy beach nestled in Oakledge Park in the South End, off Flynn Avenue. Oakledge Cove is the other beach here. The park has tennis courts, softball fields, volleyball courts, two picnic shelters, walking trails and restrooms. The Burlington Bike Path bisects it.

Leddy Beach is located just off North Avenue in Burlington’s New North End. The 1,500-foot sandy beach is near a grassy picnic area with grills and picnic tables. Leddy Park has athletic fields, tennis courts and a basketball court.

For more information about the beaches, call the Burlington Parks, Recreation and Waterfront office at 802-864-0123 or go online to enjoyburlington.com.

—Originally published in the summer 2018 issue of Vermont Catholic magazine.