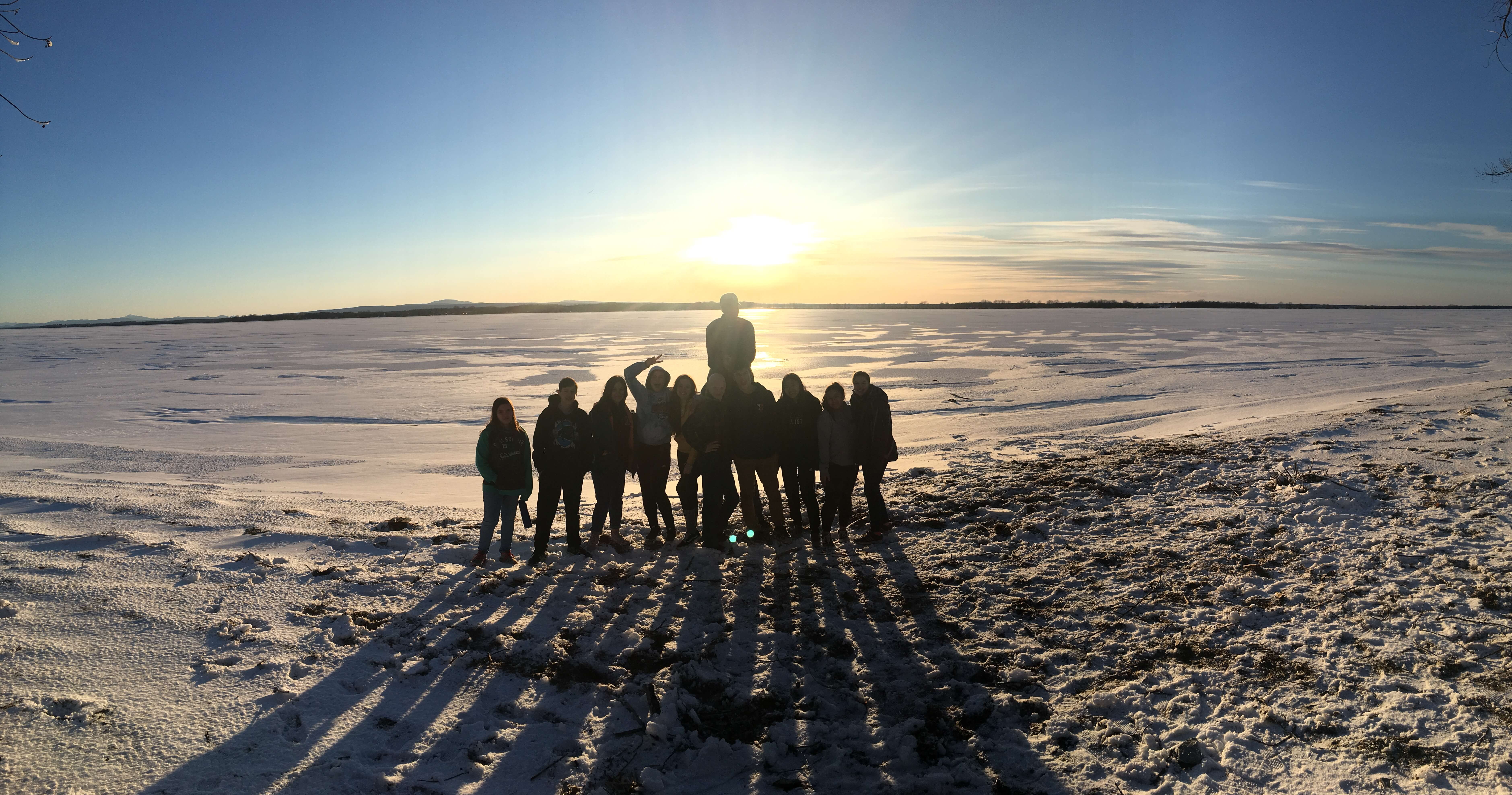 Photo Credit: Submitted - Participants in the high school retreat at St. Ann’s Shrine in Isle LaMotte pose on the shore of Lake Champlain.

Teens arrived from churches throughout northwest Vermont: St. Thomas in Underhill Center, St. Mary in Cambridge, Ascension in George, St. Luke in Fairfax, St. Francis Xavier in Winooski, Our Lady of the Rosary in Richmond, Nativity in Swanton, St. Ann in Milton, St. Amadeus in Alburgh and All Saints in Richford.

Teens reflected on the parables of the Prodigal Son, the Unmerciful Servant, the Good Samaritan and the Sower and the Seed. Through these parables, they were challenged to accept God’s love and mercy to be more merciful in their own relationships and in their families. They were called to see the dignity of all human beings through the parable of the Good Samaritan and how they can serve as Christ did in their own communities. Through the parable of the Sower and the Seed they were asked to reflect upon “bearing fruit” through the gift of faith but also cautioned about the various pitfalls that the seed of the Word of God encounters within each soul (not being rooted in community, leaving oneself exposed to sin and allowing faith to get choked off by the lures of this world).

Mass was celebrated both days, and there were opportunities for confession and adoration. Teens wrote “letters of mercy” asking God to show mercy on a person or difficult situation they have been dealing with recently. They also reflected upon different forms of prayer including the rosary, Lectio Divina, the Our Father, praying through and with the saints and everyday prayers.

National speaker Marianna Leach had a special message for the girls on the retreat – a message of hope, love and a call to greatness. The boys listened to Father Jon Schnobrich, vocations director for the Diocese of Burlington, who reflected with them on what it means to be a man of integrity in the world today – a man who defends the weak, honors women and stands up against evil in the world.

The retreat ended with the teens writing out a “discipleship plan” to help guide them. This is a plan for spiritual growth but also how to be involved in their parish, family and community through service.