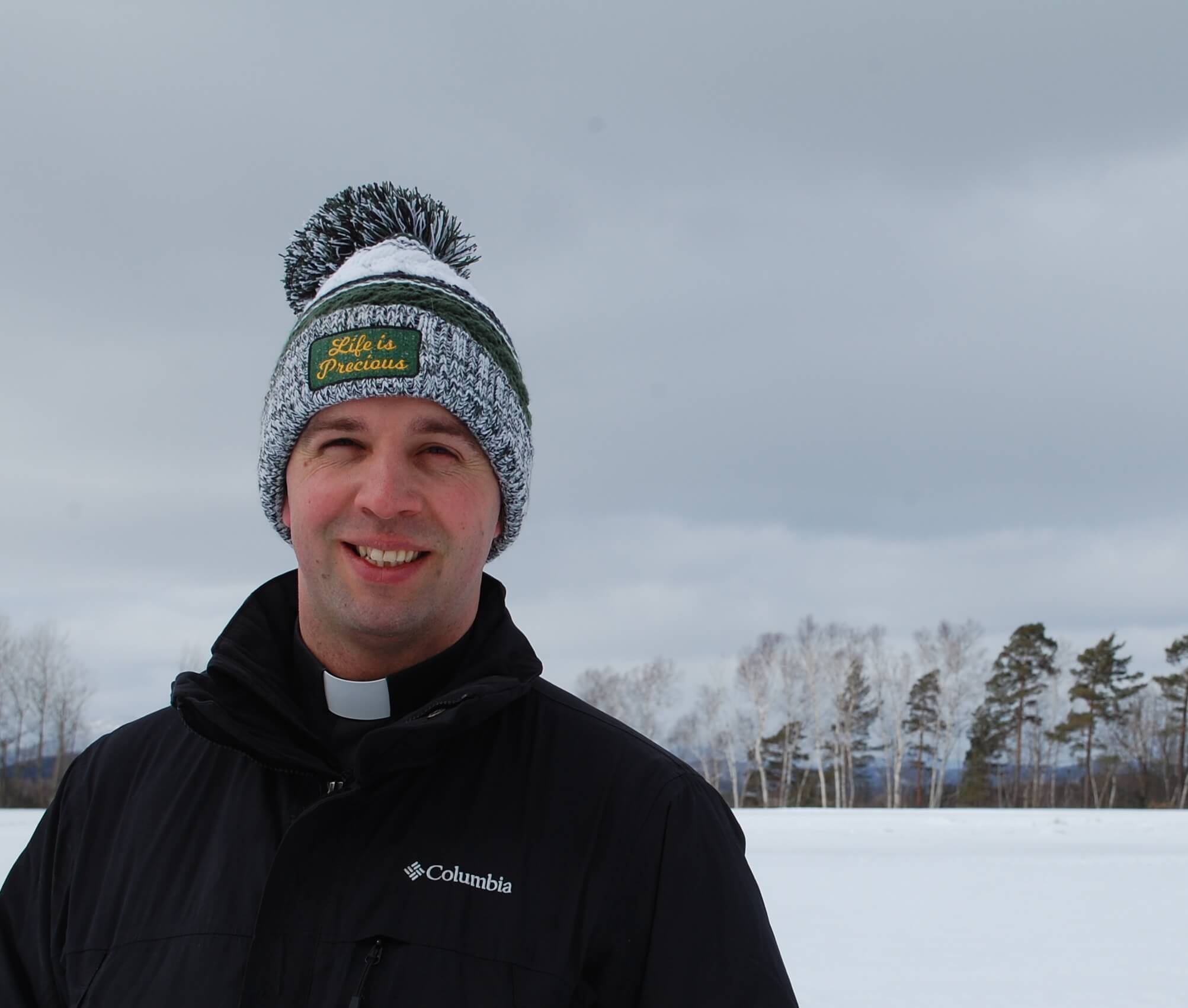 God’s mercy in an ambulance

One of the most memorable talks I ever heard was a witness talk given by a Franciscan friar from New York at a Mount 2000 retreat almost 20 years ago. He recalled how as a young man he became addicted to heroin and found himself living a life of crime on the streets of the Bronx. One night he and several others were arrested and placed into the back of a paddy wagon. This monk, wearing full Franciscan garb, relayed how he cried out to God and begged Him to heal him. He said at that moment the Holy Spirit reached into the paddy wagon and touched his heart. He said he never used heroin again — which is truly a miracle — and began to follow God earnestly, culminating in becoming a Franciscan monk.

I have used this story many times as an illustration of how God is present everywhere — even in the back of a police cruiser. But now I have another related story to tell from January’s March for Life in Washington, D.C.: the Holy Spirit unexpectedly coming into the back of an ambulance in the front of the National Basilica of the Immaculate Conception.

The Diocese of Burlington took a bus full of teens and chaperones to the annual March for Life as part of our Life is Precious trip. While the trip did include the vitally important March, we also went to a nursing home, visited the National Holocaust Museum and focused on a number of other important issues related to the protection of all human life. On Saturday morning, after visiting a nursing home, our group went to the National Holocaust Museum then to the National Basilica of the Immaculate Conception and the Shrine of John Paul II.

Shortly after leaving the museum, the bus made a sudden and unexpected stop. Unbeknownst to me and the other chaperones, one of the teens had gotten up to use the bathroom on the bus. The sudden stop threw him back against the bathroom wall, and he was knocked unconscious after hitting the back of his head. He was able to get up but was clearly injured by the impact. After we arrived at the basilica it became obvious that he had likely suffered a concussion so we called for an ambulance.

The rest of the group went inside, but Father Scott Gratton, parochial vicar of St Francis Xavier Parish in Winooski, and I remained with the teen who was experiencing dizziness, pain, loss of awareness, sensitivity to light and noise, nausea, etc. — all classic signs of a concussion. The paramedics arrived, and we spoke to his mother on the phone, all agreeing that we should take him to Children’s Medical Center for evaluation. They put him on a stretcher and put him into the ambulance. Another emergency vehicle arrived, apparently the regional deputy on duty. He opened the back of the ambulance, hopped in, looked at Father Gratton, smiled and said something like, “I need to see a priest, but there aren’t enough priests in the world to hear what I have to say.” Father Scott and I immediately reassured him that there is nothing he had done that is beyond God’s mercy and love and that priests have heard everything under the sun. He insisted that what he had to confess was so awful, there were not enough priests to hear it.

We proceeded to the hospital where the discussion with Father Scott continued for some time. I took a break after about an hour and was sitting by the emergency room entrance when he was leaving the hospital. He looked at me and said one last time, “There aren’t enough priests in the world to hear my confession.” I smiled and replied back to him, “That’s a lie from the devil.” He looked at me for a moment and asked if I were a priest, I smiled and said no, and then he walked out the door.

The next day was Jan. 20, and a blizzard was heading toward New England.  Because of this we opted to play it safe and stay another day and went to the Franciscan Monastery where the EMT decided to meet Father Gratton; they met for more than an hour. He was able to get a great deal off of his chest and experience the mercy of God for the first time in many years under the seal of confession. Someone later jokingly told me that there was probably a grandmother or mother who had been praying for him for many years and here out of nowhere comes this humble and holy priest from Newport Center, Vermont.

The young man who was injured has recovered and sees how this event is more than just a silver lining to an unfortunate event, but truly God’s providence and mercy showing up in the most unexpected places and times. Indeed, now I have both a story for God showing up in a paddy wagon and God shining His light into the back of an ambulance.

The verse we chose for this year in youth ministry is Ephesians 1:18-19 — “I pray that the eyes of your heart may be enlightened in order that you may know the hope to which he has called you, the riches of his glorious inheritance in his holy people and his incomparably great power for us who believe.” Indeed, it wasn’t my power, Father Gratton’s power or any human power we experienced that day, but instead the power of God. May all glory be to Him.