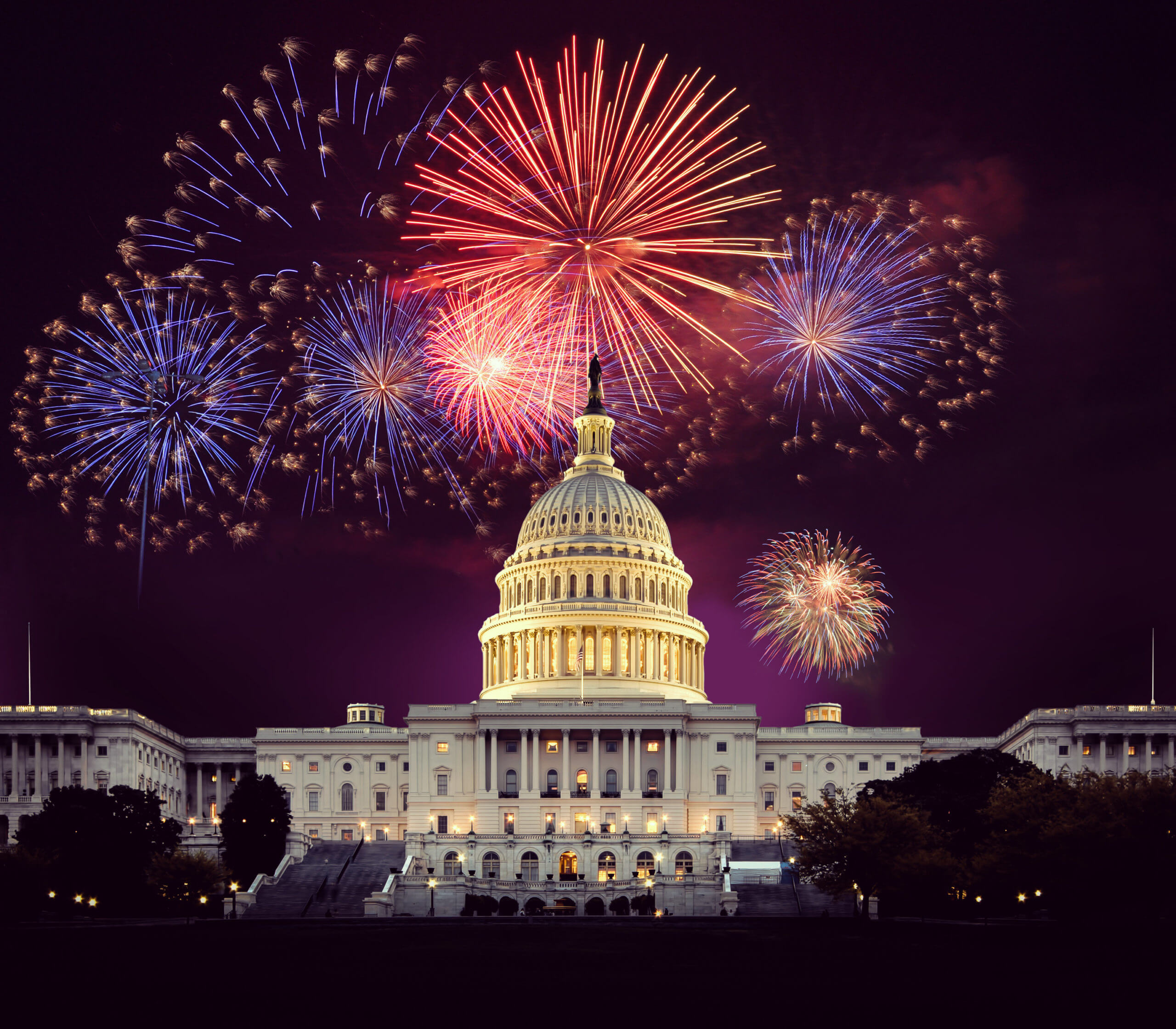 Photo Credit: CNS/PBS - Fireworks over the Capitol will be part of the PBS special "A Capitol Fourth 2020" airing July 4.

Around this time every year I think about my most memorable Fourths of July.

The first one that really stands out to me was in 1976. Our country was celebrating its bicentennial, and St. Michael School in Hudson, Massachusetts, was participating in a bicentennial parade. Growing up so close to Lexington and Concord, the Revolutionary War and the foundation of our nation were always topics for discussion and study.

I remember marching with patriotic banners and enjoying the excitement and joy of those watching the bands and marchers on Main Street. It was a great day. My youthful image of the USA was very much influenced by this experience — we all got along and were happy. Things were great!

The next celebration of the Fourth that stands out was the summer of 1981. I was in my “swab summer” at the United States Coast Guard Academy in New London, Connecticut, and after just a few days of military life, we celebrated our nation’s birthday with ice cream and a fireworks display. This celebration was particularly important because at that time I had committed myself to serving our nation as a cadet and eventually as a Coast Guard officer (that is before I discovered I get really sea sick).  It made me consider the men and women who had committed themselves to serve our nation and the many who had made the ultimate sacrifice to defend the freedoms and liberties we enjoy. The catch phrase “freedom isn’t free” became much more of a reality for me, and the innocent image of a perfect nation and world were fading from view. Freedom demands sacrifice.

I had four summers in Washington, D.C., from 2001 to 2004, while studying Canon Law at the Catholic University of America. From one of the highest points in the nation’s capital (the bell tower of Capuchin College), I was able to see the fireworks from the National Mall and the surrounding cities and towns; it was beautiful to behold.

However, being in D.C. at the Fourth of July required some reflection on the blessing of living in the United States and the challenges that are still present in our country and must be addressed. I was in the center of our nation’s political power and realized that our nation’s history was more complicated and messier than I had ever thought possible as 7th grader at St. Michael School.

Finally, this year’s Fourth of July is another one that is going to be very memorable and challenging. We are still dealing with the coronavirus pandemic, and so our public celebrations will be much different – no big gatherings, parades cancelled, fireworks muted; we’ll probably celebrate a little smaller and quieter than usual.

But we are also still hearing the cries for justice that have arisen out of the death of George Floyd. In recent weeks we have seen statues toppled, buildings renamed and crowds demanding that all people in our nation be treated equally under the law.

As a priest, the last few weeks have had an impact upon my prayer life as I have tried to figure out the best way to respond to this cry for equality and justice that has swept over the country. What should I say? What can I say?

As inadequate as the following words are, this is what I have to offer:

The Preamble to the U.S. Constitution states that our citizenry came together to try to form a more perfect union. If we have learned anything over the last few weeks it is that we are still far from being a perfect union; racism exists, injustices occur and some people seemed filled with such hatred, but that does not mean we should give up trying to be more perfect as individuals, as Christians, as citizens and as a nation. So, acknowledging our own failures and acts of injustice, we should pray for personal conversion of heart and mind. Informed by our faith, we should speak out against injustices and act to improve the lives of others. Encouraged by the goodness we witness every day in the lives of so many, we should express our hope that the failures of our past do not have to define us as individuals, as a community or as a nation, but that we can achieve greater equality and justice.

So this Fourth of July, let us thank God for the blessings we have received by living in the USA and ask for the courage we need as followers of Christ and as faithful citizens to ensure that all God’s children are treated with the dignity that is their due and are given their equal opportunity to seek out life, liberty and pursuit of happiness.

Happy and blessed Fourth of July,