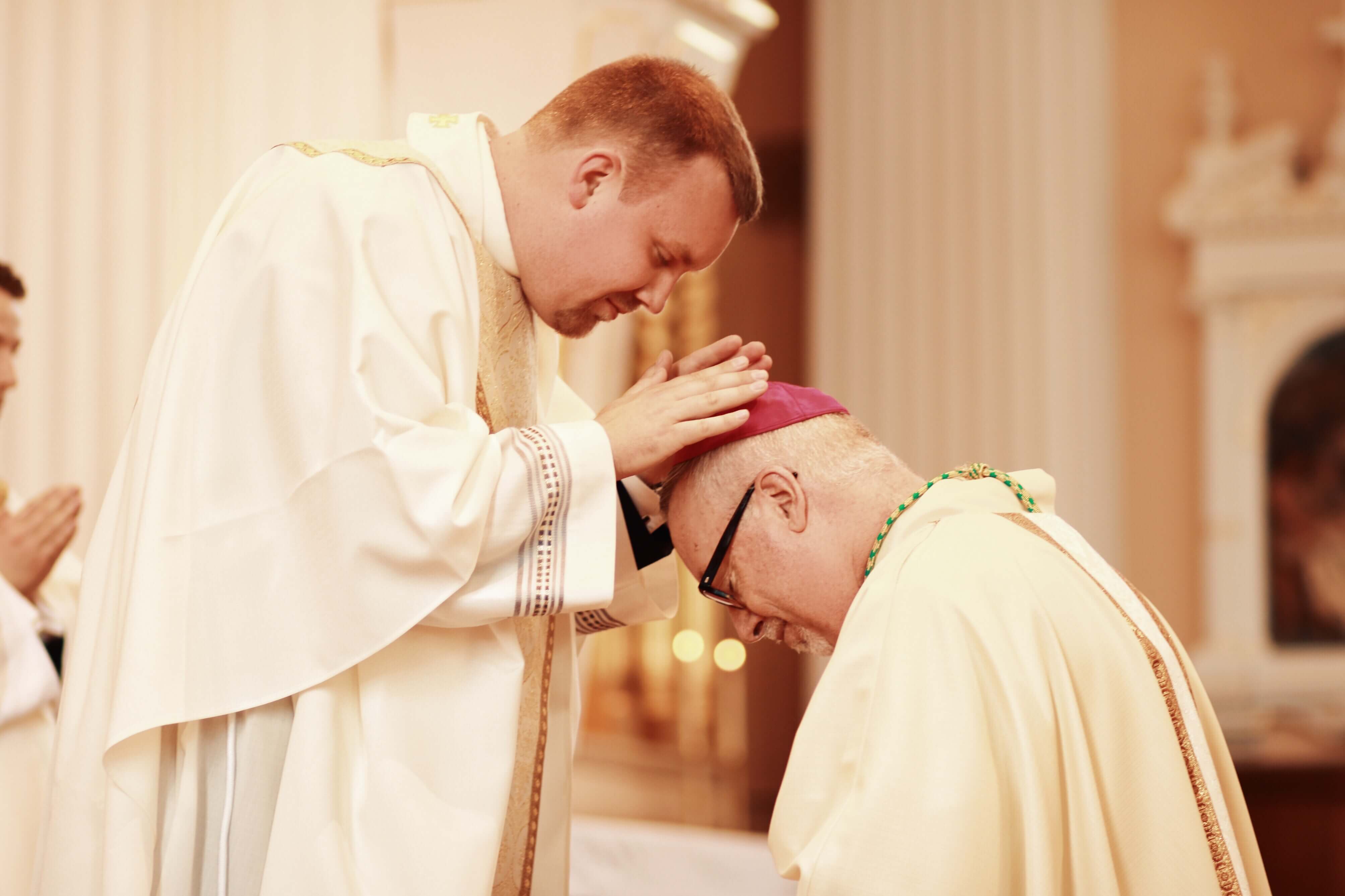 People have told Robert Little he would make a good priest since he was a fifth-grade altar server, but he never really considered the idea until after confirmation in 10th grade. “I suppose that’s when I first heard the call” the priesthood, said one of the Diocese of Burlington’s newest priests.

When he first heard the call to priesthood, Father Little was curious. “God couldn’t possibly be calling me to priesthood, right? I’m not even really sure about who God is or what priesthood is all about,” he thought.

Acknowledging that this is a difficult time in the Church, Father Little said that at some point, every seminarian is faced with a choice: leave because it is too difficult or persevere, knowing that it is not all about him but about the one in whose name he ministers. “There will always be challenges and difficulties in ministry,” he said. “The question is: Do you believe that Jesus is the answer to the emptiness felt in every human heart? If the answer is yes, and you sense that God has called you to priesthood, no culture or crisis will ever take away from that call. Jesus did not say it would be easy, He said it would be worth it!”

The Diocese of Burlington is currently focusing on discipleship, and asked how he will be a disciple as a priest, Father Little replied: “Every Christian is called to discipleship, and our vocation is the way God is calling us to serve God and neighbor as His disciple. If a priest is not first a follower of Jesus, he will not be a good priest. Everything starts with Jesus. In my preaching, teaching and example, I hope to always first show myself as a disciple of Jesus, and I hope that will inspire a few more to be disciples as well.”

Hailing from St. Mark Parish in Burlington, Father Little is the son of Samuel and Susan Little; he has one younger sister.

He earned a bachelor’s degree in philosophy from Providence College and a master of divinity, bachelor of sacred theology, from St. John’s Seminary in Brighton, Massachusetts. In his free time, he likes to golf and spend time with friends.

Asked to give advice to men considering the priesthood, he said: “Give it a try! The worst thing that can happen is that you find out you are not called to the priesthood. If you enter the seminary, you will learn about what it means to be a man of prayer, a man of commitment and a man who lives to love and serve God and neighbor. Any vocation you are called to will demand these three things, so your time in seminary will not be a waste of time.”

He hopes to bring a lot of energy and joy to parish life. He likes to engage people in his preaching, be present in the community and spread joy to each person he meets. “We have a God who died for our sins so that we could have eternal life; how can someone not be filled with joy?” he said. “A parish will only be vibrant when we believe and live in that promise. What will sustain and give me strength as a priest is my daily prayer with Jesus. We can know about Jesus, but not know Jesus. If I know Jesus, only then can I introduce others to Him.”

Father Little has been assigned to Corpus Christ Parish in St. Johnsbury, Lyndonville and Danville as parochial vicar.

—Originally published in the July 6 issue of The Inland See.