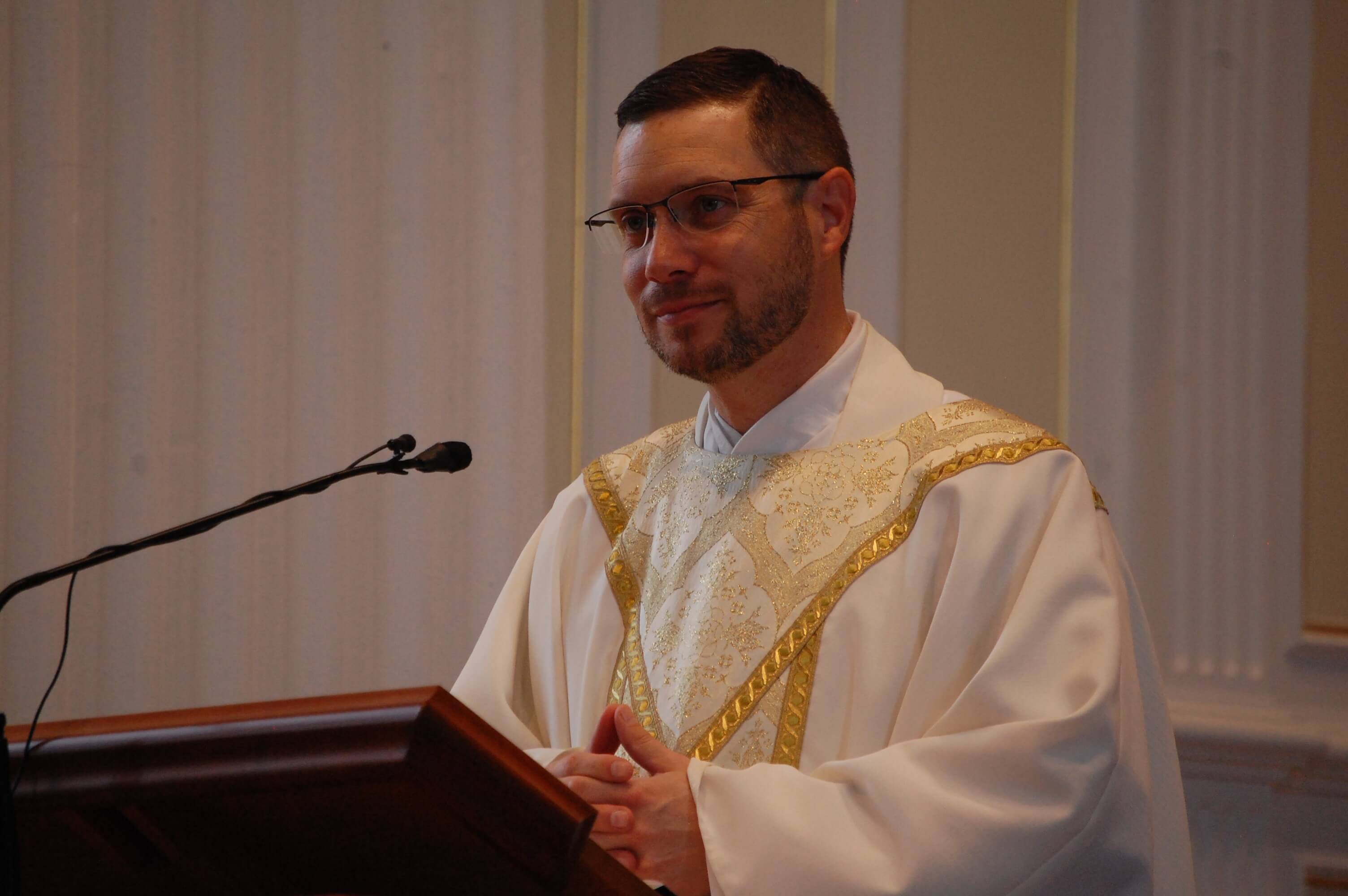 What is the most memorable homily you’ve heard? Was the priest humorous and engaging? Did he make you think? Did he change your perspective or help improve your prayer life?

Effective preaching is about more than entertainment. It’s about helping people grow closer to God, leading them deeper into the sacraments and changing their lives. According to the Second Vatican Council, the fruit of good preaching is conversion and holiness (Presbyterorum Ordinis #4).

The preacher can serve as the interlocutor between God and members of the congregation who hear the word of God. Effective preachers expound upon it “in such a way that people are enlivened to live the good life of faith even more,” said Burlington Bishop Christopher Coyne, who used to teach seminary courses on preaching.

Its components include a simple, concrete, complete message with a point that will lead people to ponder, pray, meditate and then live their faith.

Msgr. Richard Lavalley, pastor of St. Francis Xavier Church in Winooski, is a well-regarded homilist and has preached at numerous retreats. An effective preacher has to speak from the heart, he advised. “You have to mean what you’re saying, and you have to make eye contact. You can learn so much looking at people’s faces.”

He added, “You ask the Holy Spirit to help you deliver a message that changes lives.”

Passion and clarity also are essential components of effective communication, particularly preaching the Word of God.

Father Jon Schnobrich, vocations director for the Diocese of Burlington, is regarded as an effective preacher. “Effective preaching is preaching that seeks to move a per-son interiorly — mind and heart — to a greater confor-mity to Jesus Christ, thereby becoming more like Christ in how they think, how they speak and how they live,” he commented. “To be an effective preacher is first and foremost to be a man of prayer. Priests and deacons will have varying levels of natural ability to craft and deliver a good homily; but the real work of moving the heart and mind of members of a congregation, the efficacious work, is not accomplished by the priest’s abilities alone. Rather, it is the work of the Holy Spirit.”

Father Henry Furman, pastor of St. Luke Church in Fairfax and Ascension Church in Georgia, also has been identified as an effective preacher. “Christ must be at the center of the homily, and therefore the preacher must be a man of prayer, in close contact with the Lord,” he said.

A homily should be well prepared, and, Bishop Coyne said, it should be conversational: “Preaching is not intended to be a scholarly act or a spiritual act” but rather a “conversational action between the preacher and the community.”

The fruits of effective preaching are noticed in the lives of those who hear it. “If people’s hunger for the sacraments increases; if their desire to serve, to pray, to learn the faith, to evangelize intensifies and grows, then that is fruitful preaching,” Father Schnobrich said. “When parishioners encounter the movement interiorly to want to become more Christ-like, more engaged in the life and ministry of the Church, then I see that as a sign of effective preaching.”