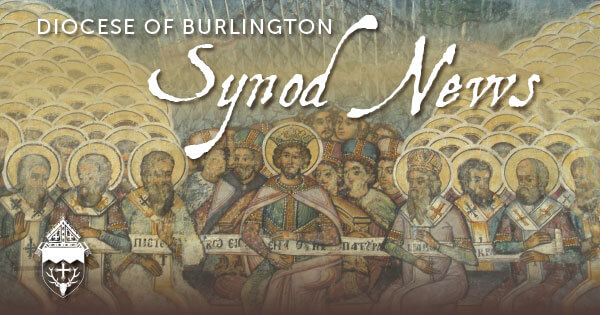 The first Diocesan Synod in the Diocese of Burlington in more than 50 years concluded in January after four sessions.

“I think the synod has been successful so far in that it engaged so many people in a process of discernment about how we are as people of faith living in Vermont,” Burlington Bishop Christopher Coyne said.

In the spring of 2017, he announced plans to convene the first Diocesan Synod in Vermont since 1962. Its purpose was to establish a pastoral plan for the immediate future of the Catholic Church in Vermont and to establish particular laws and policies to do so.

All of the members of the Catholic community were invited to participate in a preparation process in which they were asked to pray, to listen, to learn and to discern what the future pastoral plan for spreading the “Good News” of the Church in Vermont should be.

Bishop Coyne asked all the parishes in Vermont to have listening sessions. Parishioners were invited to offer responses to three questions:

As the Catholic Church in Vermont what are we doing well?

What are we doing that we should be doing better?

What are we not doing that we should be doing?

The three topics that emerged for the synod to address were evangelization, vibrant parishes and communications.

Sessions took place at the end of last year and the beginning of this year.

Delegates to the Diocesan Synod had the opportunity to address the topic of evangelization in October at Immaculate Conception Church in Burlington during the first session.

The second session, at St. Anthony Church in White River Junction in October, focused on the word “vibrant” and how it is exhibited in parishes and how it is measured. Delegates also considered investigating new forms of lay and diaconal parish leadership, helping to free priests to focus more on pastoral ministry and less on administration.

The third synod session — focused on communications — took place at Immaculate Conception Church in Burlington in November. “There were multiple comments about trying to improve two-way communication, with the thought that although the Diocese is doing a good job sending communications to the parishes via a variety of media, communication back from the parishes to the Diocese may be harder,” said Father Brian O’Donnell, executive secretary for the synod. “It was also noted that some of the diocesan efforts are sometimes frustrated at the parish level, where information is received from the Diocese but not always transmitted to the parishioners.”

A fourth session was added at St. Joseph Cathedral in Burlington in January. “The reason for adding another session seems to be a desire to share with the delegates some sort of draft of the synod document (‘decrees and declarations’) and get their comments on it, as well as, hopefully, a consensus and advisory vote in favor of the document,” Father O’Donnell said. “The original thought was to simply have the delegates approve the proposed recommendations at the third and final session and have the [synod] document drafting occur after that, but the bishop decided to involve the delegates more in that part of the process.”

Recommendations involving ways to evangelize include establishing a Diocesan Evangelization Committee, developing a pastoral approach that helps every parish become an intentionally evangelizing community, and developing and implementing a program of adult catechetical and faith formation for the Diocese. It was also noted that evangelization efforts should stress intentional outreach to young people in the Church, those ambivalent about the faith and those fallen away from the practice of their faith.

Recommendations for building vibrant parishes include focusing on the liturgical, sacramental and devotional life of the Church as well as on social justice as evidenced by the corporal and spiritual works of mercy, fostering vocations to the diocesan priesthood, emphasizing the importance of all vocations and supporting the work of parish vocations committees.

Communications recommendations include strengthening the Office of Communications for the Diocese, establish a communications plan to further the work of evangelization and good communications with those both inside and outside the Church and create a means by which communication can flow back and forth between the bishop, administrative offices, deaneries, parishes and people.

The synod document is expected to be promulgated at the Chrism Mass during Holy Week at St. Joseph Cathedral.

Then the next steps will be implementation and follow-up. “There are about 15-16 concrete recommendations being made within the synod document that now have to be enacted in real, concrete steps,” the bishop said. “Over the next few years as well, we need to be constantly evaluating where we are carrying out the recommendations and pastoral priorities.”

Part of the legacy he sees coming out of the synod is how many faithful Catholics — laity and clergy — responded to the process and committed their time and efforts to making it work. “This was not a ‘top-down’ endeavor but a real ‘organic’ act of the community. The results came naturally from the good soil of the community,” he said. “Ultimately, the success of the synod will be measured by its implementation over the next five to 10 years.”