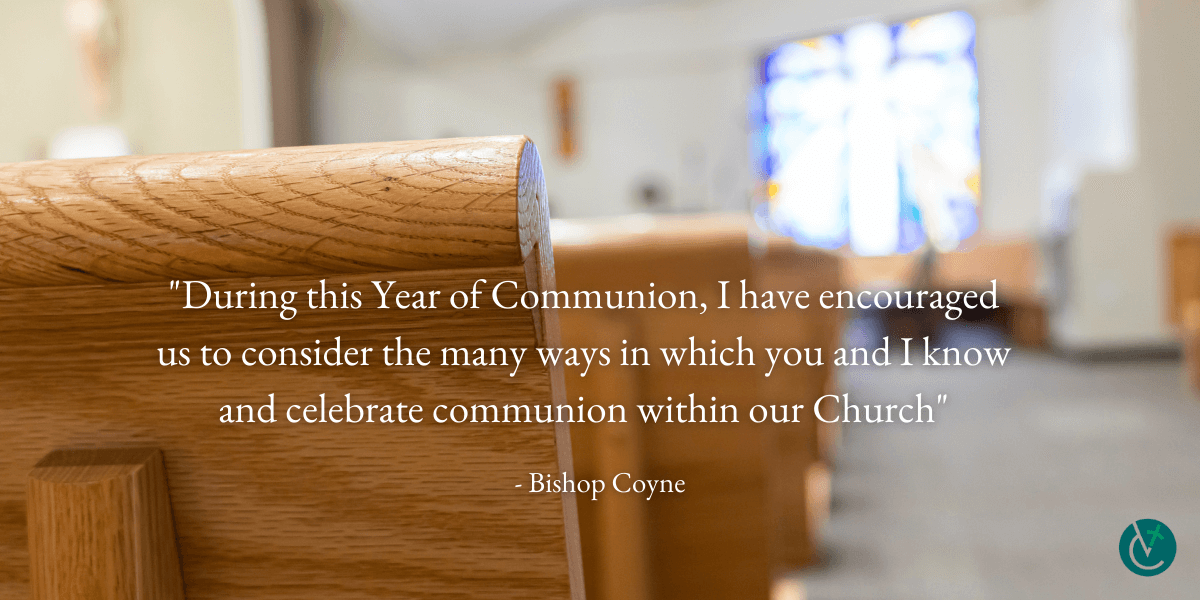 ‘Celebrating communion within our Church’

This issue of Vermont Catholic magazine is focused on The Creed. Throughout the centuries the Church has striven to define and unify its faith in the clarity of its creed.  It is in this clear and distinct statement of faith that we are able to be both intellectually and spiritually united.

St. Paul himself offers us one of the earliest examples in his first letter to the Corinthians, chapter 15, of how necessary this is: “For I handed on to you as of first importance what I also received: that Christ died for our sins in accordance with the scriptures; that he was buried; that he was raised on the third day in accordance with the scriptures; that he appeared to Cephas, then to the Twelve … so we preach and so you believed.” His point is that the Christians in Corinth came to believe in Jesus Christ through his preaching of this early creed and that the Corinthians should avoid belief in anything to the contrary, regardless of how eloquent or persuasive any new preacher might be.

As time went on, the need for clarity of teaching around a deposit of faith found in a creed became even more imperative as the Church battled numerous heresies and struggled with theological controversies. Church councils were to follow over the centuries often debating in the smallest of details what it meant to say, for example, that Christ is “true God and true man” or that the Holy Spirit “proceeds from the Father and the Son.”

At times discussion and discernment followed over the titles for Mary since how one spoke about her impacted how one understood the person of her Son. As a result, the Council of Ephesus in 431 AD decreed that Mary is the Theotokos (“whose child was God”) because her son Jesus is both God and man: one divine person with two natures (divine and human) intimately and fully united.

Sometimes, these early councils were raucous affairs with rallies in the streets, including the shouting of songs and slogans espousing one’s theological position. Sometimes this theological “enthusiasm” even exploded into brawls and riots. Back then, people took their theology very seriously. That’s not to say that the Church in our time does not do so as well. It is just a bit more tame in its presentation.

These are the truths in which we believe centered around the person in whom we believe, Jesus Christ.  May both these pillars of belief keep us united in the communion that we share.