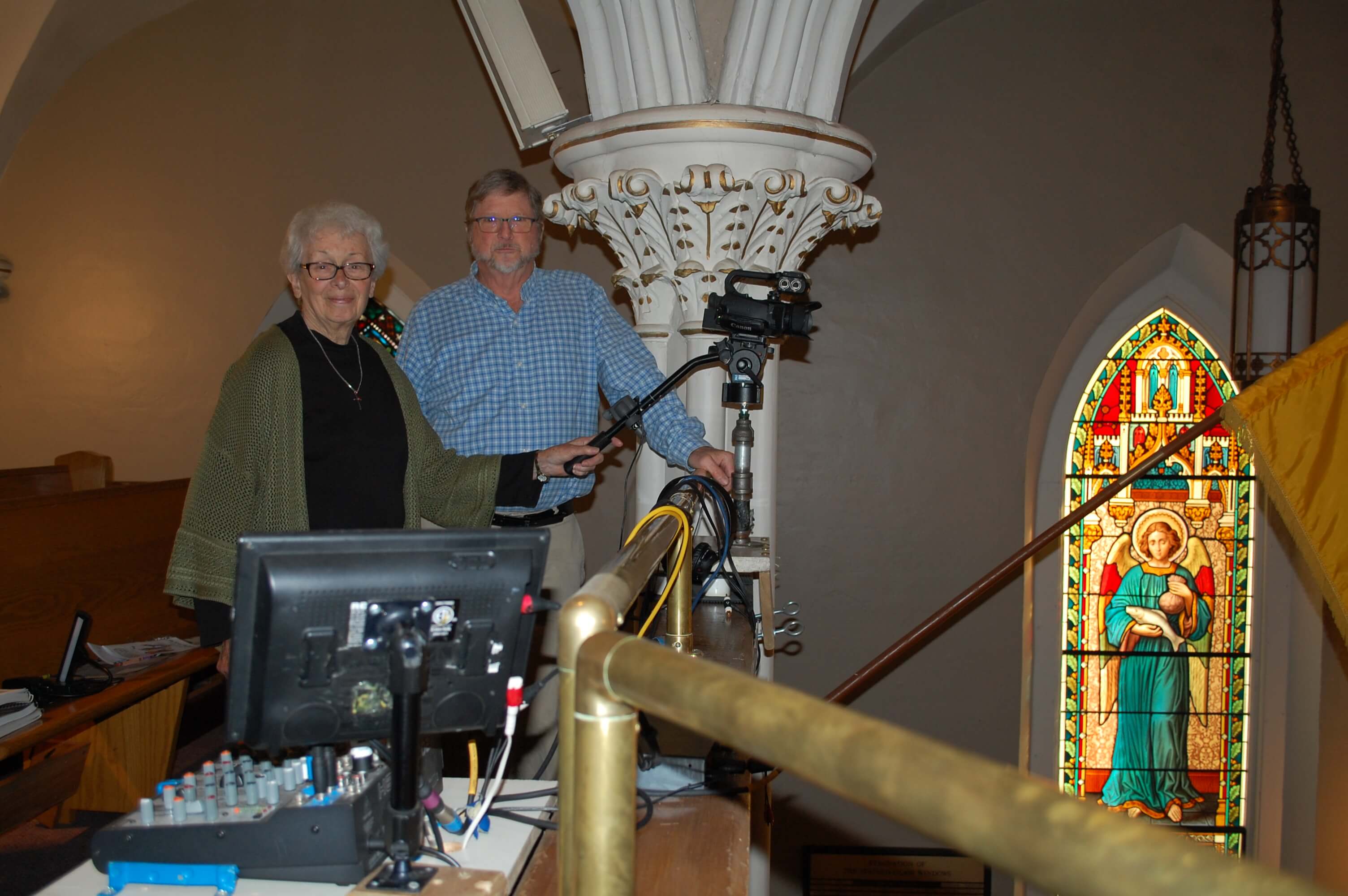 The Masses are broadcast twice on Sundays and twice on Tuesdays and also can be seen on the cable station’s website  and on the parish YouTube channel.

Alfred New and Lois Diorio, both parishioners of St. Michael Church on Walnut Street in Brattleboro, have been involved in the televised Masses since they were first broadcast about 10 years ago. She usually operates the sole camera from the choir loft; he is the producer.

The 4 p.m. Saturday Masses are recorded so they are available the next day for viewing. Many elderly persons who cannot get to church appreciate the film ministry.

New, a retired insurance adjustor and self-described “gadget nut” who enjoys “electronics tech stuff,” said although the initial idea for the televised Masses was to reach the homebound and help them feel connected to the parish community, the ministry does have an “evangelization potential.”

Some people, he added, attend Mass at the church but also watch the televised version because they can hear it better. “Our sound is really good. I’m really proud of that,” he said, noting that when the ministry began, there were complaints about the sound, but thanks to his trouble shooting, the issues were resolved.

Asked about the satisfaction she gets from her role in the televised Masses, Diorio said it is “priceless” because she is helping to bring the Mass to those who otherwise could not see or hear it.

New has heard that parishioners from other parishes where St. Michael’s pastor, Father Justin Baker, was assigned in the past, watch the televised Brattleboro Masses through the Internet because they appreciate his homilies.

“It doesn’t matter if there is one person watching or 10, someone is getting something out of it,” New said.

In the days from Sept. 25 to Oct. 23, the St. Michael’s Mass broadcast had 2,600 views on YouTube; there is no way to track how many people watched it on television. People from throughout the United States and from Canada, Australia and the United Kingdom watched a total of 140 hours of the Masses via YouTube.

New said “at some point” he might look into live streaming the Masses.