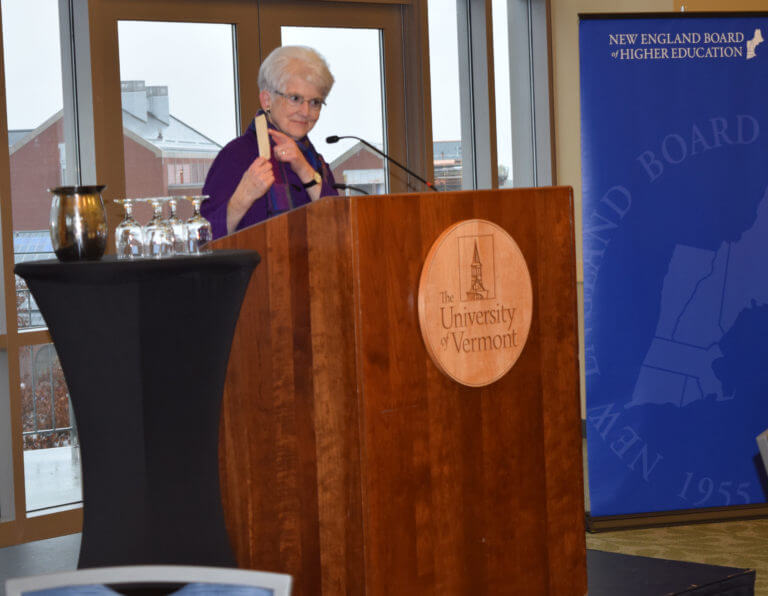 “Sister Janice Ryan was a remarkable woman of mercy who had an impact on the lives of so many, especially the most vulnerable,” said Bishop Coyne. “She was a champion for access to quality education for all, particularly those with special needs, an advocate for the incarcerated, a peacemaker who fought for the banning of land mines around the world and so much more. Her legacy will live on through the many lives she touched.”

Sister Janice Ryan passed away Wednesday, March 30, 2022. Born in Fairfield, Vermont in 1936, Ryan joined the Sisters of Mercy and dedicated 40 years in education as a teacher prior to becoming president of the former Trinity College in Burlington.

After her service as president of Trinity College, Ryan went to Washington D.C. where she worked to promote fairness and justice. She served as director of justice education and interfaith relations with The Justice Project, education director for U.S. Senator James Jeffords and project director of the Catholic Campaign to Ban Landmines for the United States Conference of Catholic Bishops.

Ryan was influential in the passage of the Vermont Special Education Law which was used as a prototype for Congress in developing the nation’s special education law. In 2003, Ryan became the deputy commissioner of the Vermont Department of Corrections. Her life was dedicated to giving voice to the voiceless. Ryan was instrumental in founding Mercy Connections which continues this mission today.