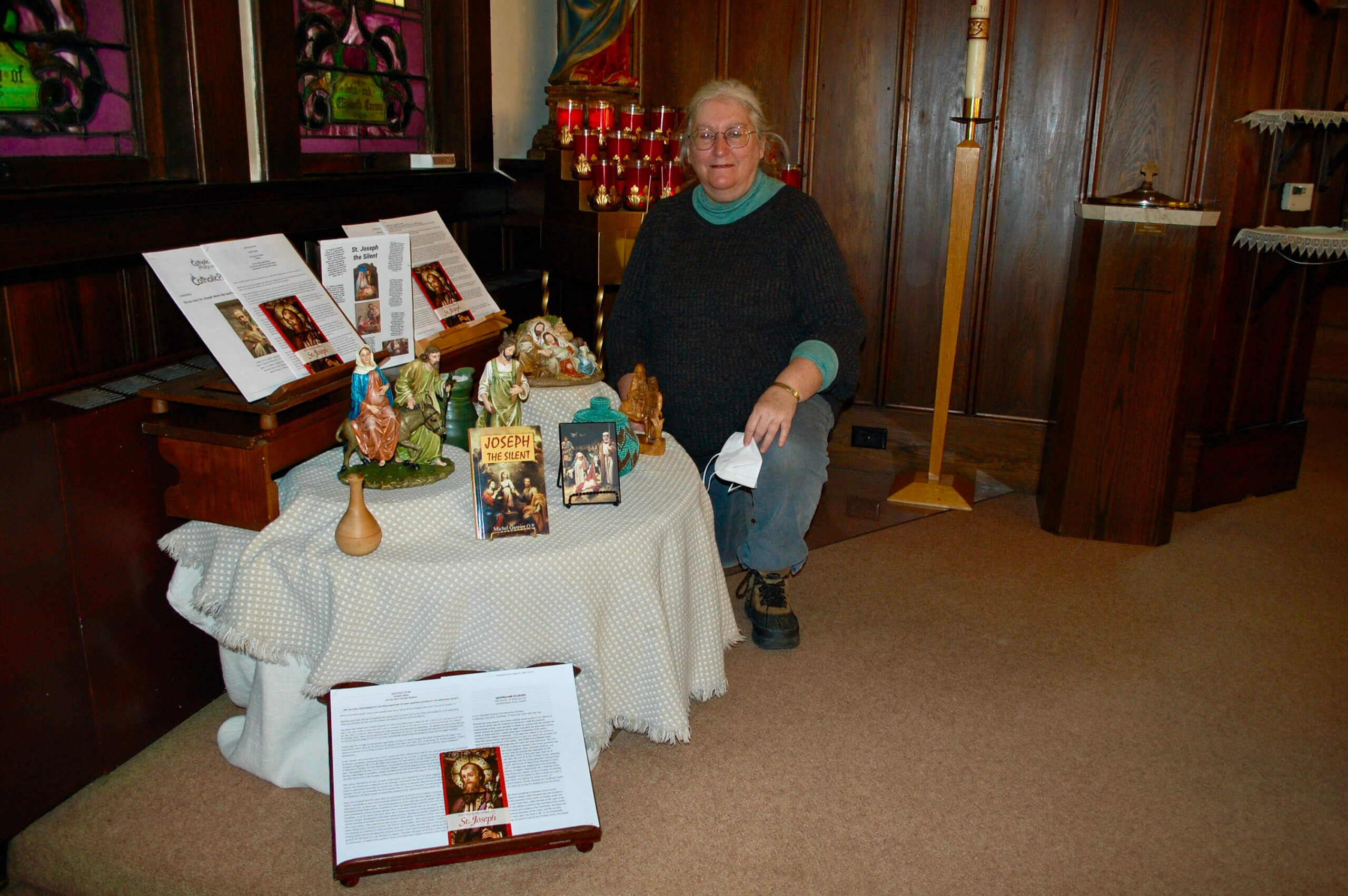 As a catechist, Rosemary Brown of St. Anthony Church in Bethel always is looking for ways to teach the faith.

So when Pope Francis declared the Year of St. Joseph and the Diocese of Burlington adopted it as its annual theme, Brown collected statues of St. Joseph, prayer books, papal writings and other information and placed it all on the “Table for St. Joseph” in the sanctuary of the church, next to a bank of candles.

“I like the visual” ways to teach, she said, sitting in the front pew of the church, near the table.

On it are two small statues of the Holy Family, one of Mary and Joseph and one of Joseph the carpenter. There is a picture of the Nativity and the book “Joseph the Silent.” A pottery pitcher, a pottery vase and a covered woven basket bring to mind the time in which Jesus lived.

Brown, the church sacristan, also included on the table copies of the pope’s apostolic letter proclaiming the Year of St. Joseph, a booklet with favorite prayers to St. Joseph and other reading materials visitors to the church — which is open daily for private prayer— can use during their visit.

She plans to leave the display up throughout the year.

“I want to know him better,” Brown said of St. Joseph, noting that she was moved when, during a visit to St. Joseph’s Oratory in Montreal, she learned of St. Andre Bessette’s devotion to him. “How important [St. Joseph] could be to people if they studied him a little bit.”

Because of her own study of St. Joseph Brown said she finds herself turning to him more for guidance, saying people can learn from his dedication and the way he protected his family and listened to God.

With the Apostolic Letter “Patris Corde” (“With a Father’s Heart”), Pope Francis marked the 150th anniversary of the declaration of St. Joseph as patron of the Universal Church. The pope proclaimed a “Year of St. Joseph” from Dec. 8, 2020, to Dec. 8, 2021.