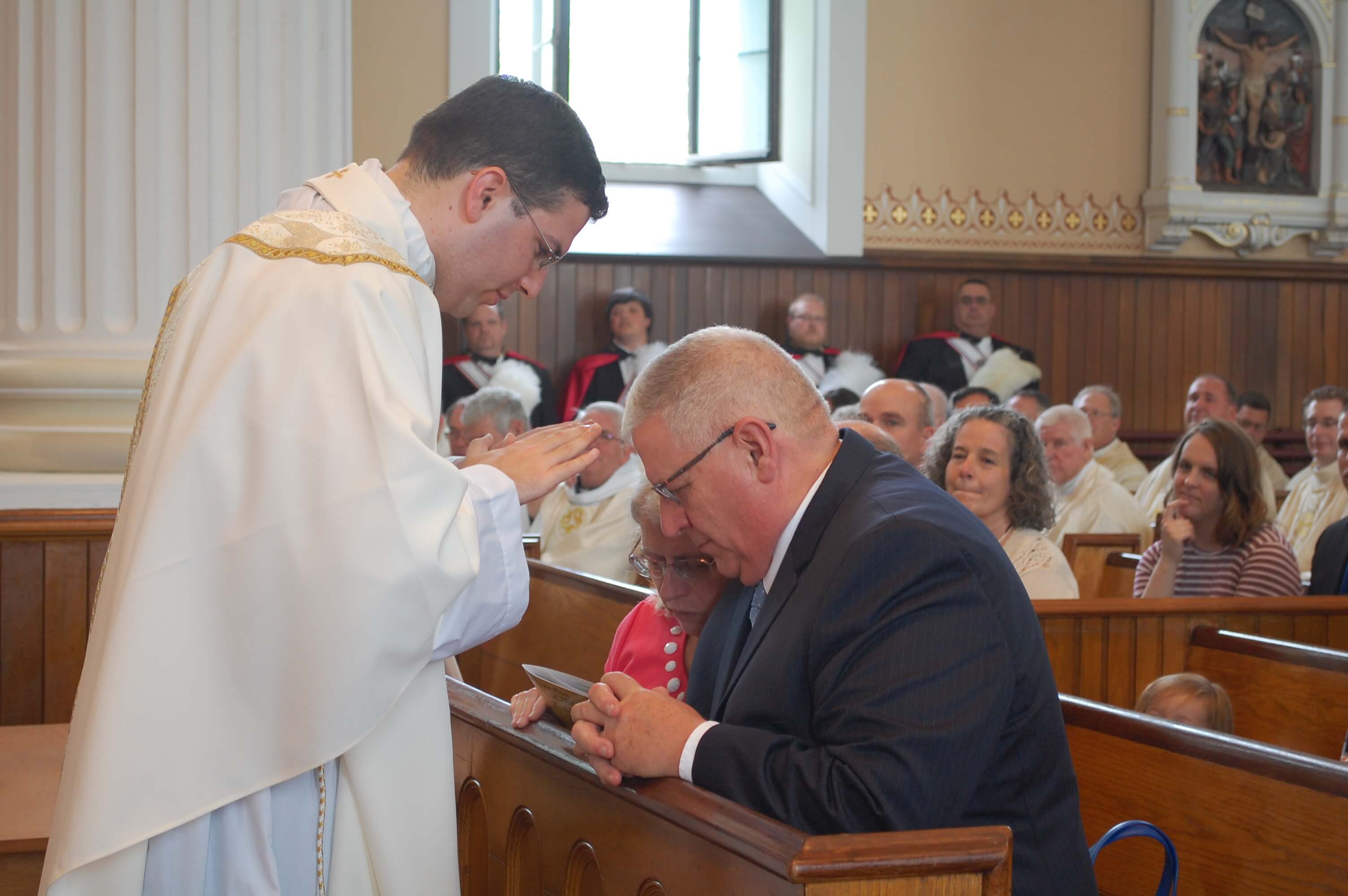 Newly ordained Father Steven R. Marchand grew up in an active and joyful Catholic family. His parents, Russell and Linda Marchand, encouraged him and his brother to consider a vocation to the priesthood.

“From an early age, I had felt the attraction to the sacramental character of the priest: saying Mass, baptizing people, ministering to the sick, absolving sins, etc.,” he said.

His pastor at the time at Our Lady of Grace Church in Colchester, Father Jay Haskin, also encouraged him to think about the priesthood.

As part of his discernment, he spent time in the presence of the Blessed Sacrament and prayed for God’s will for him to be revealed.

“This time in the true presence of the Blessed Sacrament was invaluable. It was there, in the silence of a church or chapel, where I was able to hear the still small whisper with which God most often speaks to us in the quiet of the heart,” Father Marchand recalled.

He decided to pursue priesthood instead of a career in music.

“I said ‘yes’ to the call because I believe that the character and life of the priest, one of sacrifice and self-gift, is the way God has called to me to live a life of holiness,” Father Marchand said. “The world today is crying out for God and His love and forgiveness to be made present anew in heroic and clear ways. I feel that answering the call to priesthood today is to say ‘yes’ to this challenge, which means a total reliance on the grace of God and the power of the Holy Spirit.”

He has experienced the love of Jesus Christ in his life and in the sacraments of the Church, and he wants to bring others to the same source of life and love that is Jesus Christ made present throughout the ages in His holy Church.

He chose to be a priest of the Diocese of Burlington because Vermont is his home. “I know it well, and I love the people. I received my vocation here and want to serve the good people of our state,” he said.