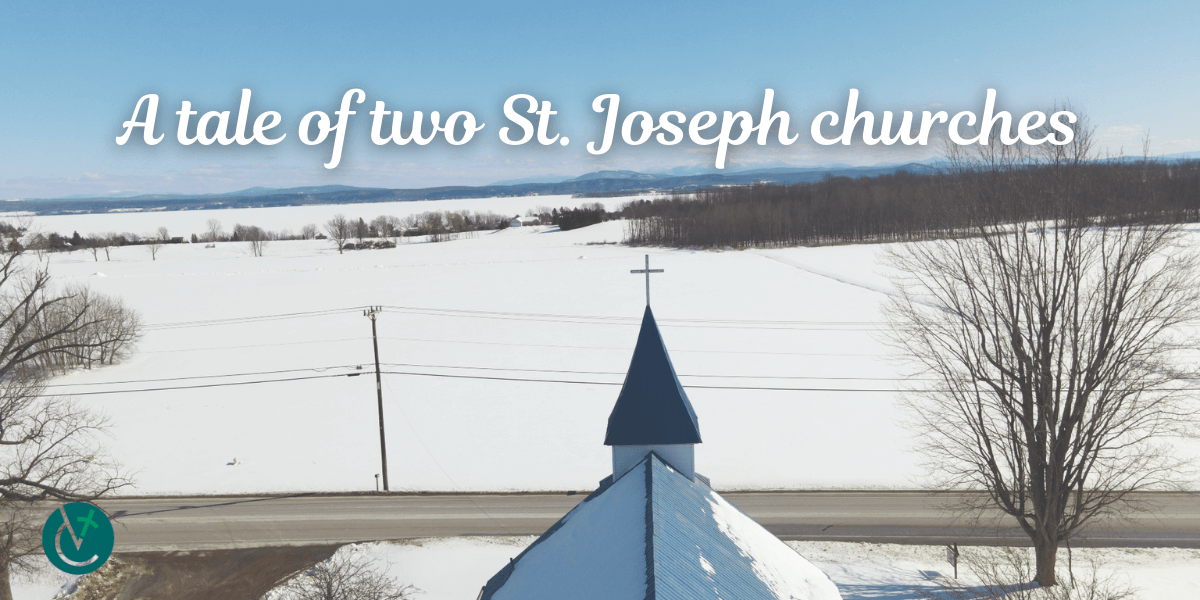 Our Lady of the Lake Parish — which serves towns in the northwestern corner of Vermont along Lake Champlain — has two churches named in honor of St. Joseph.

In March 1854 Burlington Bishop Louis deGoësbriand purchased a home in Grand Isle with plans for converting it into a church. In 1932, the church was constructed. Eighteen miles away, the current Catholic church in Isle La Motte was built in 1966 to replace an older church. The building is comprised of fieldstones that parishioners used to construct it. Inside, the altar is made of black marble quarried from the island.

Although these two churches are only miles apart, they share the name, St. Joseph. The answer as to why isn’t definitively known. One theory is that the name was influenced by French Canadian immigrants: St. Joseph is the patron saint of Canada, and early parishioners of these two churches came from Quebec.

These early parishioners resembled St. Joseph through their hard work and devotion to Jesus. Pride in their churches can still be seen today. Both churches are run entirely by volunteers. Parishioners “try their very best to participate in simple ways,” said Laura Limoge, parish secretary.

— Originally published in the Spring 2021 issue of Vermont Catholic magazine.