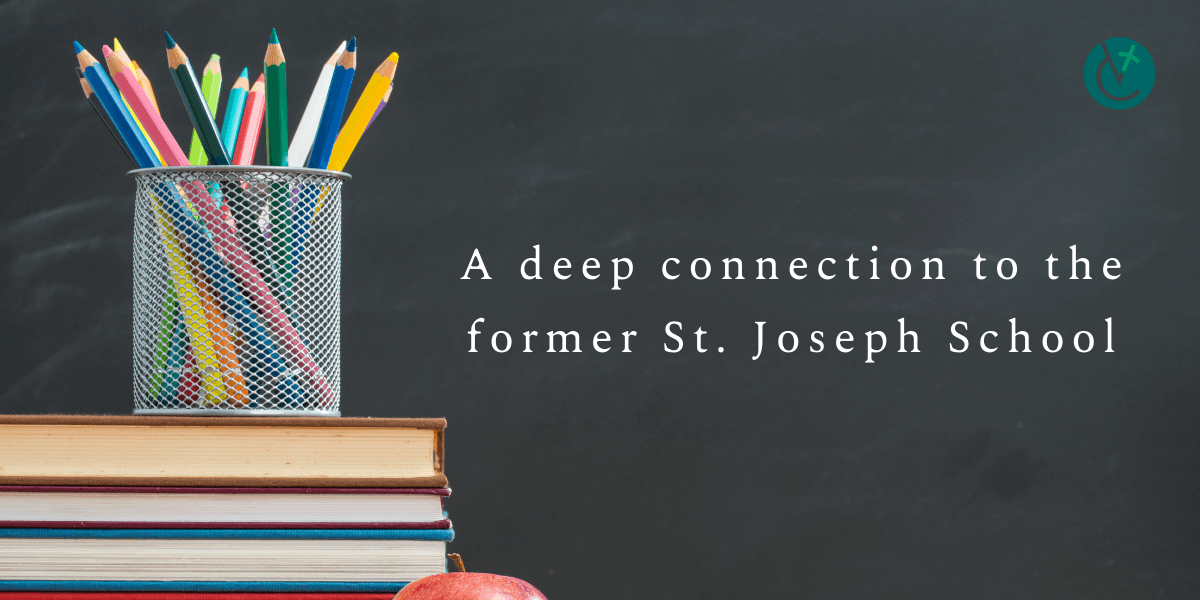 A deep connection to the former St. Joseph School

Valerie (Carpenter) Parzyck has deep roots that ran to the former St. Joseph School in Burlington; her maternal and paternal grandfathers attended the school — originally called Nazareth School — and her parents and their siblings did too.

“When it was time to send my children to school, there was no doubt that I wanted to send them to St. Joseph’s,” said Parzyck, who, at the time, was a stay-at-home mother and parishioner of St. Joseph Church, now the cathedral. “I devoted much of the school day to volunteering — mostly working fundraising efforts — while my children were in school.”

When the school closed in 2010, she was understandably saddened. So that June she organized a reunion for Nazareth/St. Joseph alumni, and through that many people brought in pictures, memorabilia, old calendars, old school lunch recipes, old graduation programs and other ephemera to display not only on the day of the reunion but also on the related Facebook page. She still has these items in safe keeping.

She has a statue of St. Joseph that was on a pedestal in the main office of the school. “I keep it displayed in a prominent place in my house,” she said. “I also have a statue of Mary from one of the classrooms. Both were given to me by the school in gratitude for my volunteer efforts over the years at the school.”

A 1998 graduate of the former Trinity College in Burlington where she earned a bachelor’s degree in history, Parzyck attended the former College of St. Joseph in Rutland; her connection to St. Joseph runs deep.

Now a parishioner of St. Francis Xavier Church in Winooski, she prays an intention to St.

Joseph at the end of the rosary (“St. Joseph, pray for us”) and keeps “blessed St. Joseph oil” from the St. Joseph Oratory in Montreal at her home. “We have visited the St. Joseph

Oratory in Montreal multiple times, and learning about Brother Andre [St. Andre Bessette] and his devotion to St. Joseph made us more aware of St. Joseph and his intercessions,” she said.

But her main connection to St. Joseph is her fondness for St. Joseph School; “it was very dear to me and to my family,” she said.